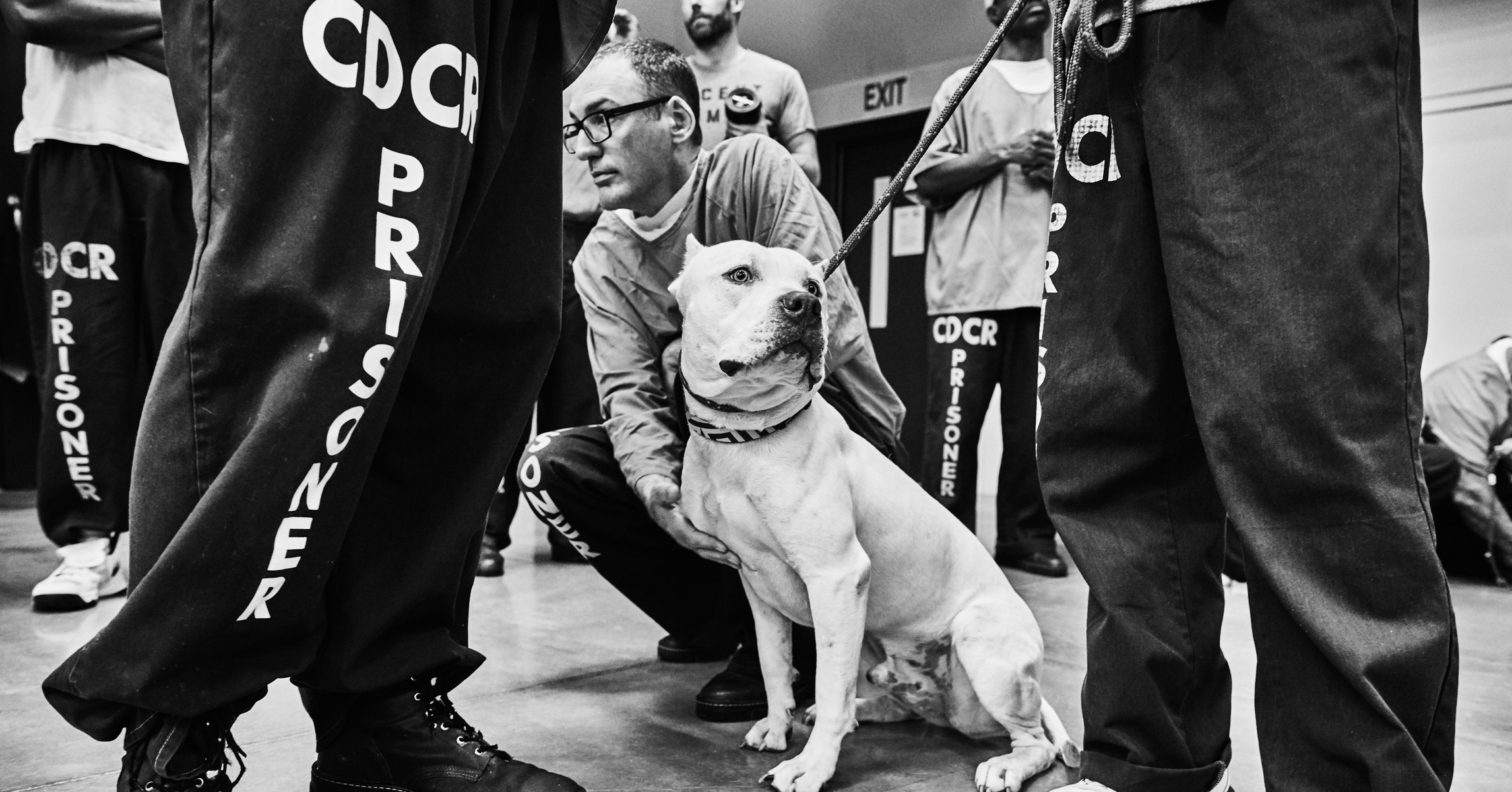 In 2016, the California City Correctional Facility launched a pilot program that paired inmates, many of them convicted of violent offenses, with rescue dogs.

Under the supervision of volunteers from Marley’s Mutts, a California dog rescue group, the inmates work together to train the dogs so that, at the end of the two- to three-month program, they can be adopted by forever homes.

The program, called Pawsitive Change, proved wildly successful and has since expanded to other prisons around California.

“The inmates want so badly to get into the program,” says LA-based photographer Shayan Asgharnia, who spent several months documenting the training sessions in 2017.

Asgharnia maintains a sideline in photographing rescue dogs, which is how he first heard about Pawsitive Change.

Inside the prison walls, Asgharnia witnessed a series of remarkable transformations thanks to the work inmates were doing with animals.

“I remember one dog that was just terrified of everything—super skittish, wasn’t able to cope with any kind of human,” Asgharnia says. “It went in there, and with patient training and love, those inmates were able to turn the situation around.”

Although most dogs come from high-kill shelters in the US, some have been rescued, via Marley’s Mutts, from as far away as China and Asgharnia’s native Iran.

Some of Asgharnia’s most powerful photographs were taken after the “graduation” ceremony in which the inmates have to say goodbye to their dogs.

“These guys are living with them for 10 weeks, 12 weeks, and have to let them go,” Asgharnia says. “It’s heartbreaking.”

When it comes to inmates selected for the program, the only disqualifying factors are convictions for sex offenses or violence against animals.

A number of the inmates who participate in the program go on to work as dog trainers after their release.

“I do believe people have the capacity to change,” Asgharnia says. “The prison system is deeply flawed, but I’m thankful this program is giving people a second chance.”