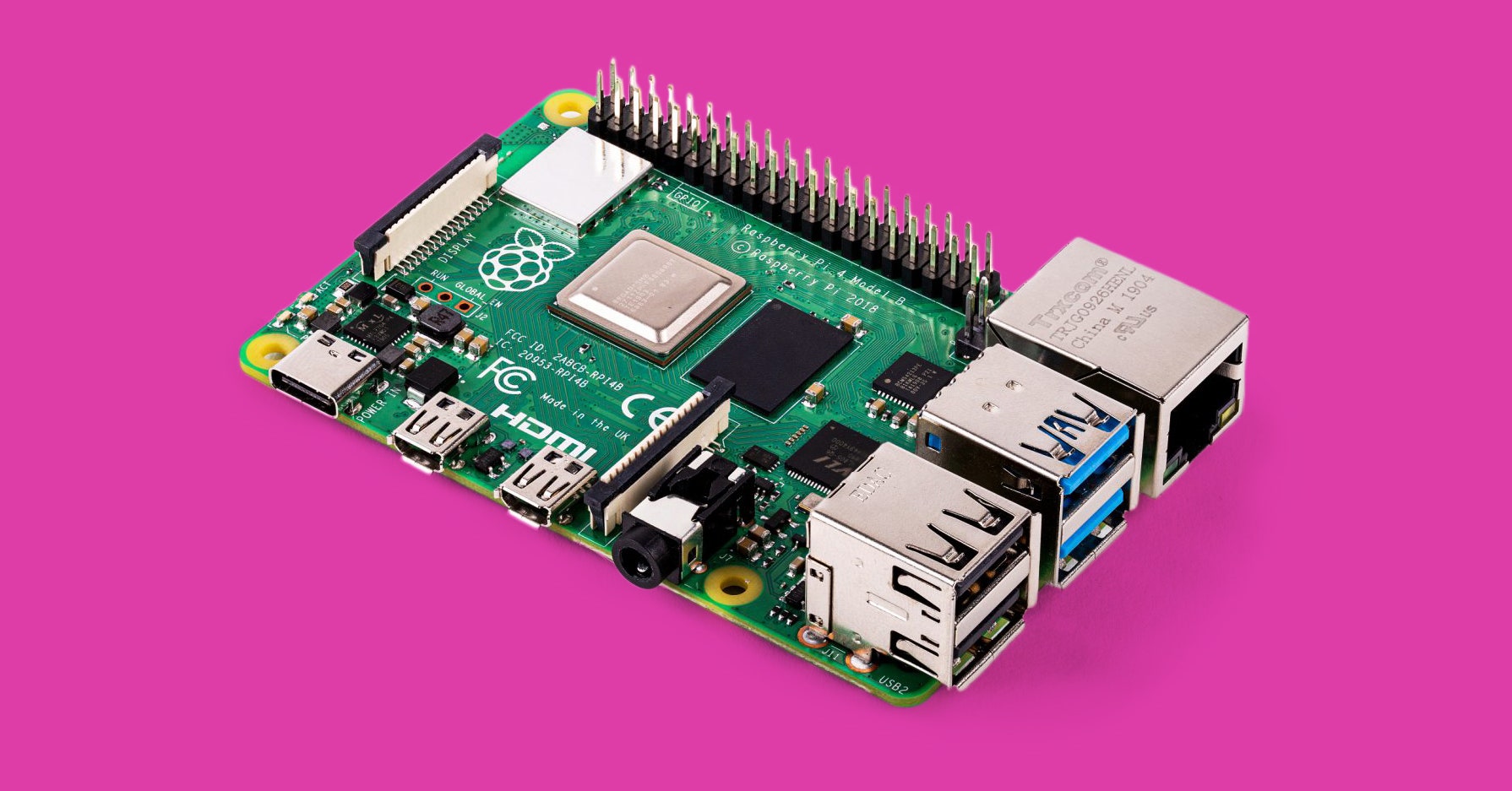 The Raspberry Pi is a computer the size of a credit card that is aimed at do-it-yourselfers. The cheap and tiny device costs less than you’d pay for a few drinks in San Francisco, so it’s already proven to be a hit among hobbyists who want to add light computing or internet connectivity to their projects. But the newest version of this little board has some additional features that make it capable enough to possibly replace your desktop PC.

With the Raspberry Pi 4, the one-size-fits all approach of previous releases is gone. It’s available with either 1, 2, or 4 gigabytes of RAM. (This is the first time it’s been possible to get a Pi with more than 1 GB of memory.) The extra RAM opens a new world of functionality for the Pi, including running desktop software—but the Raspberry Pi 4 is still the same great little DIY machine.

The Tinkerer’s Toy Grows Up

The Raspberry Pi began life as a hacker’s dream: a cheap, low-power, highly extendable, hackable PC that shipped as a bare circuit board. Intended as one part educational device, one part tinkering tool, it became something of a phenomenon that has been used to power everything from scaled-down Mars rovers to millions of science and hackday experiments in schools around the world.

Along the way, the Raspberry Pi spawned countless imitators. Today’s would-be tinkerers have a wealth of options to choose from. That said, the Pi remains the most popular and best known among them. It also has the largest community around it, which makes it particularly appealing for new entrants into the world of tiny PCs.

I tested the new Pi 4 Desktop Kit, which features a 4 GB motherboard, a white and red plastic case, a keyboard, mouse, two Micro HDMI to Standard HDMI cables, a USB-C power supply, and a 16 GB MicroSD card with Raspbian Linux installed. As the name implies, this Pi bundle is trying to be a desktop computer than a board for tinkering.

As always, the base model, bare board Raspberry Pi is $35, which gets you the board with 1 GB RAM. That part of the Pi 4 remains, remarkably, unchanged. For $10 more you can get the 2 GB version, or you can pick up the 4 GB version for $55 (recommended).

Desktop Replacement (Or Not)

If your computing needs are roughly on par with PC processing speeds from around 2012, the Pi 4 Desktop Kit might be capable of replacing your desktop. The year 2012 is not an arbitrary number, either: It’s roughly analogous to the benchmark results I got while testing the Pi 4 and checked the results against other PCs using Open Benchmark. The closest x86 match ends up being Intel Core chips from around 2012.

While 2012 may not sound that long ago, it’s going to feel like it when you’re waiting for Chromium to boot or waiting to render (compress and process) a video from a camera. I’m kidding—you cannot render video. I could not even get that benchmark to run. Even without throwing video in the mix though, the Raspberry Pi 4 is likely not going to work as a daily driver for many WIRED readers. It’s likely too slow compared with everything else you’ve used lately.

At the same time, the Pi 4 has more power than you need for many of its traditional uses—as a media server, network wide ad-blocker, fully automated coffee brewer, or microbrewing mastermind. The extra juice is good news for tinkerers who wanted more power than the Raspberry Pi 3 could deliver. The new 1.5 GHz 4-core ARM chip is more than three times faster than the Pi 3.

The other big news is true Gigabit Ethernet. Previous Pi models used a single USB 2.0 bridge to handle Ethernet, which hampered network speeds. The Pi 4 ditches that setup for a dedicated link that provides “full throughput,” in the words of the Raspberry Pi Foundation. What that means is that the Pi 4 is much, much faster at connecting with ethernet.

The ports haven’t changed much. You get the Ethernet, 2 USB 2.0 ports, 2 USB 3.0 ports and the usual MicroSD card slot for storage. It’s an impressive package, especially when you consider that the board alone still sells for $35.

With added computing power comes the need for more electricity. The Raspberry PI 4 uses USB-C for power this time around, and needs a 5-volt charger with 3 amps instead of the 2.5 amps of previous models. It’s not a huge increase, but worth noting, especially considering the Pi made its name as an always-on machine.

After about a week of using the Pi 4 as a desktop, I unhooked everything, put the monitor and keyboard away, and connected it directly to my router. I went back to connecting to the Pi via SSH in a terminal. Perhaps I am too much of a Raspberry Pi traditionalist, but I much prefer—and think the Pi 4 excels at—this use case. The Pi 4 seems most useful when it’s connected to the network, sipping power, staying out of the way until you need it.

One thing worth mentioning here is the case and board for the 4 GB model. The case became quite hot and filled the room with an unpleasant plastic smell when I was running stressful benchmarks on it. If you’re going to pick up a Pi 4, get a bare board and a third-party case, like the excellent Flirc Raspberry Pi 4 Case, which doubles as a heat sink to keep the Pi from overheating.

The beginners guide that comes with the Desktop Kit is the nicest documentation I’ve seen with any hardware, possibly ever. This is not a flimsy stapled-together brochure; It’s a nicely bound, full-color, lavishly illustrated 250-page guide to the Raspberry Pi. It covers how to set up your Pi, use the Raspbian operating system (which is based on Debian Linux), and program your Pi. It even goes through a number of projects you could try out. If you don’t opt for the Desktop Kit, you can buy the guide separately.

The Pi 4 is a great reason to dive into Raspberry Pi. The faster chip and larger RAM options open a world of possibilities that the Pi community is just beginning to toy around with.

The greatest challenge with the Pi 4 right now is finding one. The 4 GB Desktop Kit has been sold out at stores like PiShop since it went on sale earlier this year. Currently CanaKit appears to be about the only store with the Desktop Kit ($119) in stock, though Micro Center has it for in-store pickup.

If you don’t need the extra RAM or the Desktop Kit, consider the 2 GB board and USB-C power charger for $65 at Amazon. It’s my favorite bundle.