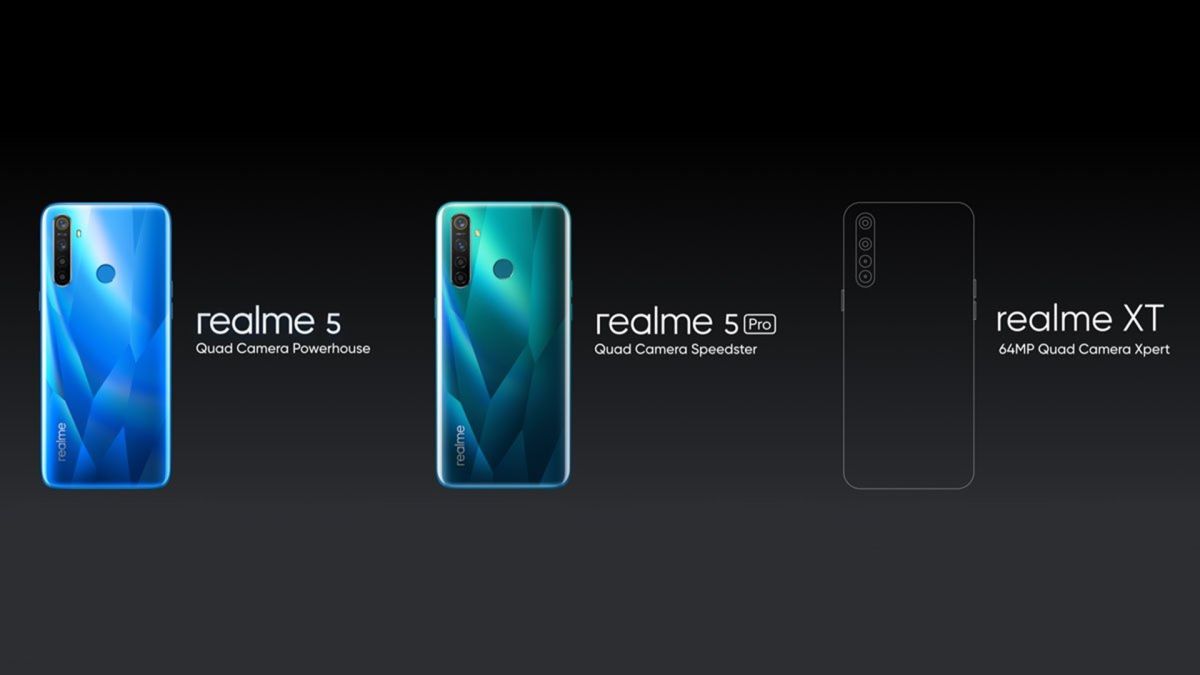 Realme XT has been confirmed to come with a 64MP quad-camera setup in India by the end of September. Realme CEO Madhav Sheth revealed this during the launch of the Realme 5 series in India earlier today.

We are not done yet! Adding to the Quad Camera series, we will be launching the 64MP Quad Camera Xpert #realmeXT soon. Stay tuned.#LeapToQuadCamera pic.twitter.com/XTcjygPP5cAugust 20, 2019

Realme has been teasing the development of its 64MP camera phone for a while now and today it has revealed the name of the phone. Today’s Realme presentation ended with the Green Day song “Wake me up when September ends”, indicating at the company’s plan to bring the phone to India by the end of September.

Sheth had earlier also hinted that the new Realme 5 series along with a new 64MP camera phone will be announced just in time for the Indian festive season which kicks off from October.

Realme XT uses Samsung ISOCELL Bright GW1 64MP sensor and pairs it with three other snappers- wide-angle, macro and a depth sensor. However, it could be possible that the company opts for a telephoto lens instead of the depth sensor which will make it a better proposition at that price range.

However not much is known about the phone and everything has been kept under wraps. We expect to have some more information about the Realme XT in the weeks following up to its launch.