Honda’s New Airbag Catches Your Head to Save Your Brain 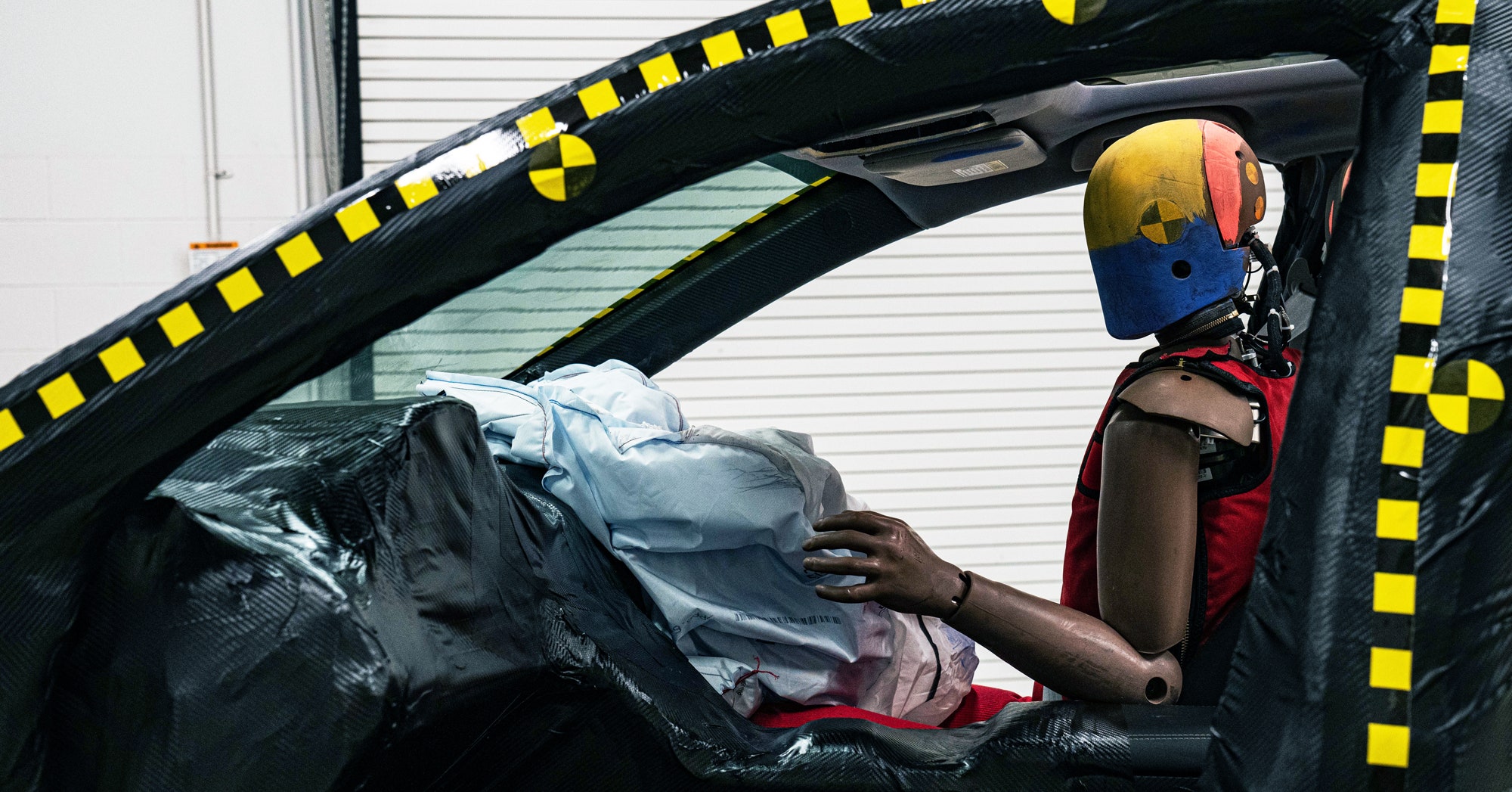 Since their explosive debut in the 1970s, airbags have saved tens of thousands of lives—at least 50,000 in the United States alone—and their impact has only expanded with time. Today, they fire not just from the dashboard and steering wheel but from every conceivable direction. Depending on the type of crash, the gas bags balloon out of the doors, footwells, seats, rear doors, seatbelts, and, for the benefit of pedestrians, even the exterior.

And while more here certainly is better, decades-old designs leave room for improvement, and the opportunity to save yet more lives. This week, Honda announced that it has developed a new front passenger airbag that will protect occupants from a wider range of impacts, specifically preventing a type of injury where the victim’s head rolls off the bag during an angled (as opposed to head-on) crash. Even in crashes at modest speeds, the head can rotate fast enough to cause brain damage.

Stay in the know with our Transportation newsletter. Sign up here!

Engineers at Honda R&D Americas, based near Columbus, Ohio, worked with airbag manufacturer Autoliv to create a bag that inflates into something approximating a baseball catcher’s mitt, with three inflated compartments. A central “sail panel” sits above the recessed center compartment and stretches between two taller outer compartments, to help catch and decelerate the passenger’s head. Using a new generation of sensor-equipped crash dummies, the engineers honed the design to create a faster—yet softer—catching of the human noggin.

“The sail panel allows us to bring the first restraint surface closer to you,” says Honda safety engineer Eric Heitkamp, who led the program’s development. “That allows us to have this nice, soft, gentle engagement. Then as we get into the main portion of the airbag, that initial contact allows us to reduce the stiffness of the central airbag, further reducing the probability of occupant injury.”

The system uses a two-stage inflator instead of the traditional single-stage. Separated by just 150 milliseconds, the two stages accommodate the extra volume of the larger bag and the speed needed to inflate it fast enough. Heitkamp noted that “peak injury” in an accident occurs in the first 150 milliseconds, hence the urgency.

Though it works just fine in frontal impacts, the new design is particularly beneficial in angled crashes that can cause the passenger’s head to hit the airbag off-center, initiating that fast rolling motion as it slides off the airbag. This is no corner case: Government research suggests that more than 56 percent of crashes have some level of angled impact.

To test its brand new bag, Honda used what it calls a pitching sled crash simulator. Built in 2002, it was the first of its kind to recreate nonlinear vehicle dynamics, such as when the car pitches upward from the rear in a frontal collision. It uses a 550,000-horsepower piston powered by nitrogen gas to hit a stationary test rig containing the new restraint system (meaning just those components and the surrounding vehicle structure, not a complete car). The piston strikes a plate at the base of the sled, shooting it backward. The force of the impact activates the airbag as the sensor-equipped dummy falls into it, and a braking mechanism farther back in the chamber slows down the sliding rig. (Unlike in conventional crash testing, this tests the effectiveness of new restraint systems, like the airbag, not the vehicle structure.)

During a media demonstration this week, the impact was violent and jarring, generating a full 33-g event from a 40-mph “collision.” Honda’s engineers say the new airbag—a variation of which will eventually be developed for the tighter driver-side space—can reduce the circumstances leading to rotation-induced brain damage by 75 percent, though a real-world injury study has yet to validate this, given that the airbag won’t enter production until next year. For six months after it debuts, it will be available exclusively in Honda vehicles. After that, Autoliv can market it to other manufacturers.

If the fairly relaxed-looking post-crash dummy on the test rig is any indicator, it won’t be a moment too soon.