US Open 2019 live stream: how to watch the tennis online from anywhere

The 139th edition of the US Open is upon us. Taking place at Flushing Meadows in New York City, it’s the tennis season’s fourth and final major. This year there’s a bumper prize money pot of more than $57 million up for grabs at, including $3.9 million for each singles champion, with Novak Djokovic and Naomi Osaka the defending champions.

We’ve compiled this handy guide for watching the US Open on TV or by live stream online, no matter where you are in the world.

The men’s singles tournament at the US Open has been near dominated in recent times by tennis’s big three players (who else?); Roger Federer has five wins, Rafa Nadal has a treble, while Novak Djokovic has also lifted the trophy at Flushing Meadows on three occasions. Arguably the greatest trio to grace the sport, all three iconic players are fit for this year’s competition.

Having won five of the last six Slam titles, Djokovic is the outright favorite, however the Serbian star comes into the tournament off the back of a shock defeat to Daniil Medvedev in the Western and Southern Open semi-finals.

Meanwhile, all eyes will be on 37-year-old Serena Williams as she attempts to equal Margaret Court’s record of 24 women’s Grand Slam singles titles. Having struggled with a knee injury earlier in the season, could a now fully fit Williams finally make the piece of tennis history she has had in her sights for so long?

It may be one of the last chances to watch some of tennis’s golden generation competing on one of its biggest stages, so make sure you don’t miss any of the tennis by following our US Open live stream guide below.

Live stream the US Open tennis 2019 from outside your country

For your watching options in the US, UK, Australia, Canada and New Zealand, we have more details below – just scroll down the page.

But if you try to watch your domestic coverage from somewhere outside your home country, you’ll soon find a problem…geo-blocking. That’s where the broadcaster prevents you from watching the feed overseas.

The best way to clear this net is to download and install a VPN (click the link if you’re a bit unsure of what that is). We’ve tested all of the major VPN services and we rate ExpressVPN as the absolute best. It’s compatible with loads of devices (e.g. Amazon Fire TV Stick, Apple TV, Xbox and PS4) and streaming services, ranks amongst the fastest and most secure, and even has an available 30-day money back guarantee so that you can effectively try before you buy.

So that’s game, set and match for Express – but there are other fantastic VPN options out there as well:

And don’t forget that a VPN isn’t just for watching tennis. From unblocking restricted sites and watching Netflix in other territories, to adding an extra layer of security for online shopping and banking, it’s not hard to see why their popularity is increasing.

In the US, coverage from Flushing Meadows comes courtesy of ESPN and ESPN 2. The action kicks off at either 11am or 12pm ET (8am / 9am PT) each day and runs until play is over for the day, typically around 11pm ET (8pm PT). Another option for cable customers is the Tennis Channel, which also has rights to the tournament.

For live streaming on the move, subscribers should watch via the ESPN app or WatchESPN.com.

And if you’re a cord cutter that wants to catch the tennis without signing up to a lengthy, expensive plan, you could always try one of these sports streaming sites. They all have free trials going for them, too:

The best way to stream the US Open 2019 in Canada

In Canada, it’s a similar deal as you’ve got fairly limited options. The US Open will be covered by TSN and RDS, but again, these are subscription services.

Using a VPN is the way to go if you want to access an account when you’re overseas.

How to live stream US Open tennis in the UK: 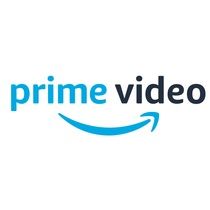 Amazon Prime again has the rights to broadcast the US Open tennis in the UK. That means Amazon Prime members can live stream all the action at no additional cost, with coverage starting at 4pm BST each day.

If you want to stream the tennis from your phone or tablet, the Amazon Prime Video app is available for Android via Google Play and Apple devices via the App Store.

Amazon Prime membership costs £79 per year or £7.99 per month, which can be cancelled at any time. The subscription will get you access to Amazon’s library of TV shows and films as well as unlimited one-day delivery on Amazon orders from the UK.

New users can sign up for a free 30-day trial with full access to live sports coverage as well as free one-day delivery on purchases from Amazon’s online store during that time.

Not in the UK but still want to watch the tennis on your Prime account. Then you best option is to download and install a VPN and then log in to a UK IP address.

How to live stream US Open tennis in Australia

ESPN HD via Foxtel will broadcasting live US Open action every day until the Finals (Sept 9), with daily match replays (3pm – 1am) for those who want to catch up during a time that’s more convenient.

Kayo Sports will also be on hand with extensive live coverage of the tournament. The streaming service features no lock-in contracts and also includes access to over 50 sports, both live and on demand.

For those wanting to watch the Fox or Kayo Sports subscription coverage overseas, you’ll need to go down the VPN route as above.

The best way to stream the US Open in New Zealand

In New Zealand you’re going to be able to catch all the action on Sky NZ, although again, this is a paid service.

If you want to catch it but are out of New Zealand over the fortnight, you can use a VPN to access the tennis coverage.