For These Sword-Wielding Warriors, Medieval Battles Live On 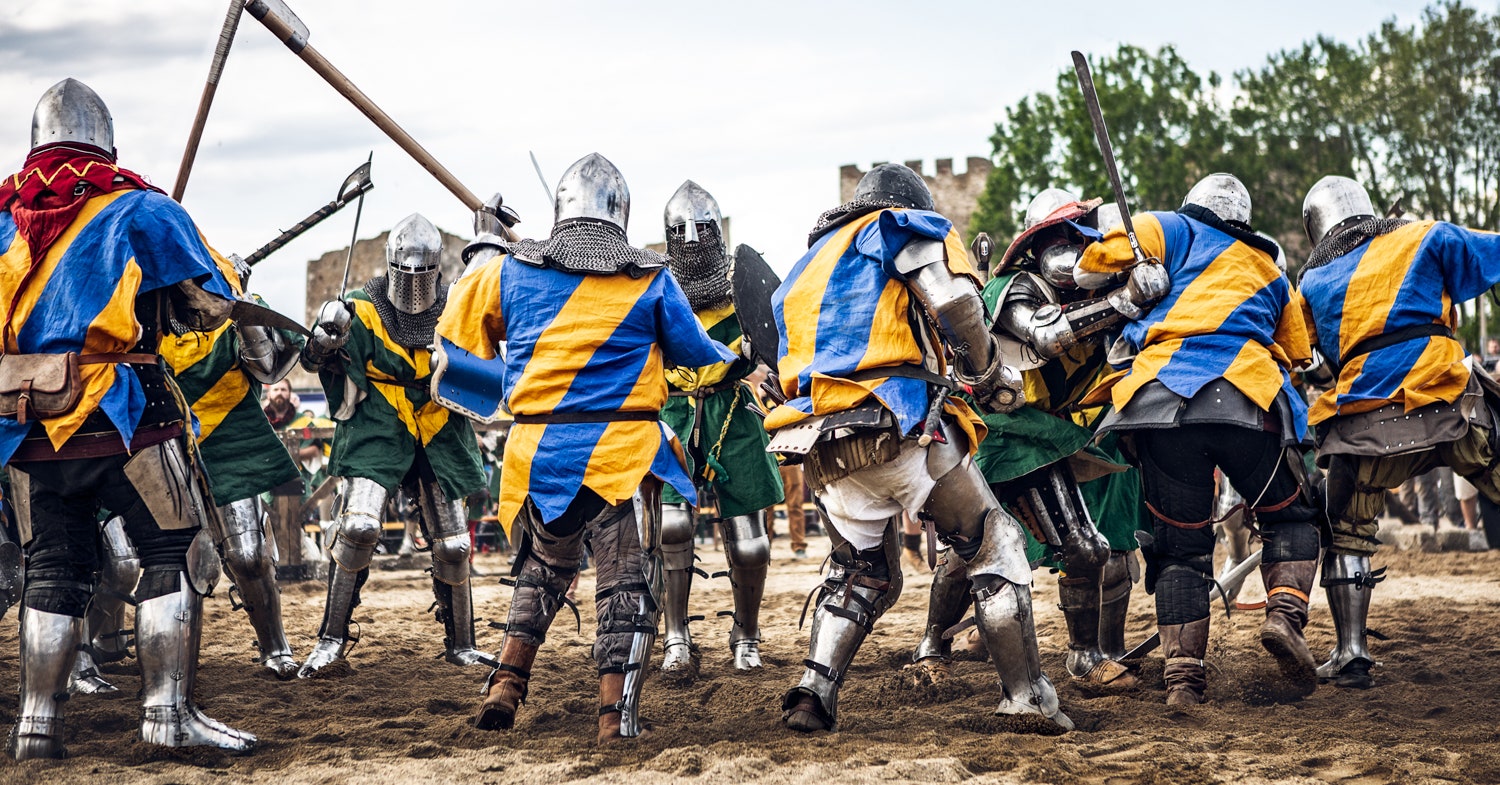 War photographers typically wear flak jackets in combat zones. While covering the Battle of the Nations in Serbia this May, Alessandro D’Angelo opted for a medieval-style tunic and hat—though chainmail and a helmet might have been more advisable. “When looking through a camera, you’re not paying attention to flying axes or hissing swords,” he says.

It all went down at Smederevo Fortress, a 15th-century stone citadel on the banks of the Danube River. Over 600 valorous “knights” from 40 countries spent four days locked in a full-contact war—“sort of like MMA but with armor and weapons,” D’Angelo says.

The event kicked off May 2 with a solemn but colorful parade of flags and heraldry. The knights swore to fight fairly and even gobbled a loaf of bread to show they meant it—though who would have doubted them? They traveled from as far as Brazil, Mexico, and China to fight, their luggage weighed down with steel helmets, plate armor, and heavy shields authentic to the 13th through 17th centuries.

In a sandy arena circled by stands, onlookers witnessed everything from two-person duels to small-group battles (called “buhurts”). Combatants bludgeoned their opponents to the ground with swords, winged maces, and sledge hammers, among other weapons dulled per the competition’s rulebook. Anyone who did anything less than chivalrous—say, striking an opponent in the groin, neck, or other sensitive region—risked a color card from the ref. Ambulances and medical personnel stood by, and a broadcasting crew equipped with cameras and drones live-streamed it so fans at home didn’t miss a single blow.

D’Angelo’s photos capture the calamity, which crescendoed during an epic battle finale between 300 fighters. The sound of metal clanking against metal merged with the screams of thousands of delighted spectators as fighters struggled to distinguish friend from foe. “In a battle like this, it’s very hard not to hit some of your own allies,” D’Angelo says.

Russia had the most success, winning 24 medals, followed by Ukraine and Moldova. Just after the awards were handed out, ominous thunderclouds rolled in, unleashing a celebratory torrent that soaked them all.

“I dried my shoes and underwear at the airport,” D’Angelo says, “but at least I didn’t have to deal with rust and squeaking like the knights.”