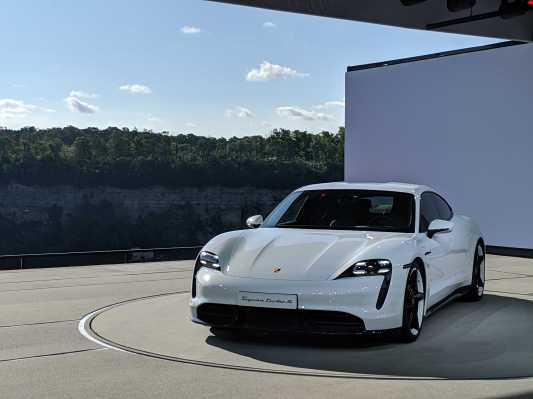 Four years ago, Porsche showed off a concept that would mark a turning point — in investment, R&D and product trajectory — for the German automaker. The reaction to the Mission E, as it was called then, prompted Porsche AG to push forward with a plan to not only develop one electric car, but commit billions of dollars towards electrification.

On Wednesday, in a debut held in three countries simultaneously, the world finally got to see the first fruits of its strategy.

TechCrunch was in Niagara Falls for the splashy reveal. We have all the details of the two Taycan models introduced Wednesday including the pricing, power and performance stats. And of course, we have a side-by-side comparison of the Taycan versus a Tesla Model S. We even provided a timeline (along with photos) of Porsche’s development  of the Taycan.

Now here are more photos of the Taycan Turbo S on stage in Canada.