“What will we do this year, guys?”

“Put another camera in there!”

But while the iPhone’s clearly going through a protracted period of incremental improvement there were still plenty of interesting things to take away from Tim Cook and company’s talk.

We saw the future of the iPad, worked out what the Apple Watch is actually for and discovered that nobody in the organisation or the theater appears to have a dirty mind: when we were told that the new iPad “is a great one-handed typing experience” nobody laughed.

Nobody! And as if that wasn’t bad enough, nobody booed when Apple tried to persuade us that the portmanteau “slofie” – short for slo-mo selfie – was a thing that should exist. Let’s pretend that it never happened and never speak of it again.

Here are the six key things you might not have heard from the Apple keynote. 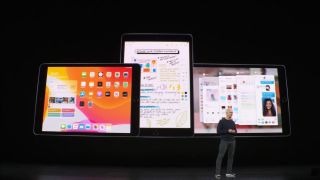 “We have never been more excited about the future of iPad,” Tim Cook said, unveiling the latest version of what we think is Apple’s best-value product: the entry-level iPad. It’s less than half the price of an iPhone but it certainly isn’t half the device.

How you compare your products to says a lot about where you think your product is headed – so when Apple explicitly compared its latest, slightly bigger iPad to the current best-selling Windows PC in the US, the message was clear. Thanks in no small part to iPadOS – which, among many other things, brings mouse control to the iPad – the iPad is intended to be a fully-featured PC rival, not just a really big iPhone. And this little iPad has got a smart connector too, so you can add one of Apple’s smart keyboards for an even more PC-like experience. 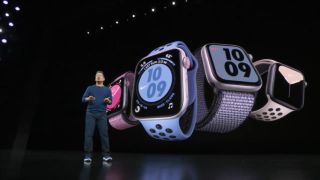 2. Apple knows what the Apple Watch is for now

The original Apple Watch was a bit like the original iPad: Apple had made a thing and didn’t really have any idea what that thing was for, so it released it to see what people would end up doing with it. And like the iPad, after a few iterations Apple now has a much clearer idea of what the Watch is and what it isn’t.

As the testimonials and keynote demonstrated, the Apple Watch is no longer intended to be a fully featured do-everything device like an iPhone or an iPad, a wrist-based communicator, garage door opener and dog translator; other than pinging you when you need to be pinged about things it’s for tracking your vital signs whether that’s to stop you dying, helping you win races or helping with medical research.

In other words it’s a kind of hyper-powered, hyper-fashionable Fitbit, and that’s no bad thing. It’s not bad for business, either, given the incredible amounts of money ageing baby boomers have to spend on health tech.

Oh, and it’s finally able to show the time all the time. It just took five generations. 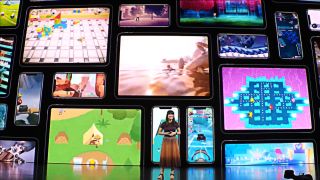 3. Apple wants all of your money, all of the time 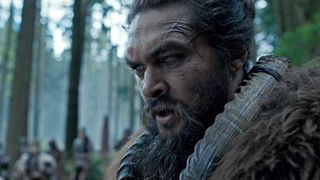 And we don’t just mean it’ll be rubbish in the UK, as Apple’s TV offerings traditionally are, and where history is likely to repeat in the short term at least. We mean that the signs from the keynote weren’t entirely encouraging.

Yes, offering a free year’s subscription could mean Apple’s simply using its deep pockets to bring its TV service to everyone at a very low price, but Apple TV+ was already priced below its key rivals Disney and Netflix. If you were a really rich company and you were really confident in the quality of your content, wouldn’t you just spend your money on ads showing how great it was? You don’t see Apple giving you a free iPad for a year, after all. 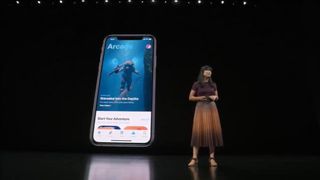 The tech industry can be terribly pale, male and stale, and tech presentations can be particularly terrible examples of that: all too often the only women and people of colour you’ll see are the models in their big-budget ads.

So it’s good to see Apple walking the walk as well as talking the talk, with a relatively diverse line-up of presenters from within the organisation. Was it perfect? Nope. But it wasn’t an endless parade of middle-aged white guys either, and the same diversity was apparent in the camera demos. This stuff matters.

6. Brexit’s borked tech for the Brits (and it’s probably going to get worse)

For years we’ve been able to translate Apple’s US prices into UK ones, because they’ve been identical: five nine nine USD worked out at five nine nine GBP.

The new iPad is $329 in American money but it’s £349 in British pounds. Confusingly the price difference isn’t across the range, so for example the new Apple Watch is a straight dollar-pound conversion, but it’s clearly the shape of things to come and things may well get worse if the Pound continues its decline against the Dollar.