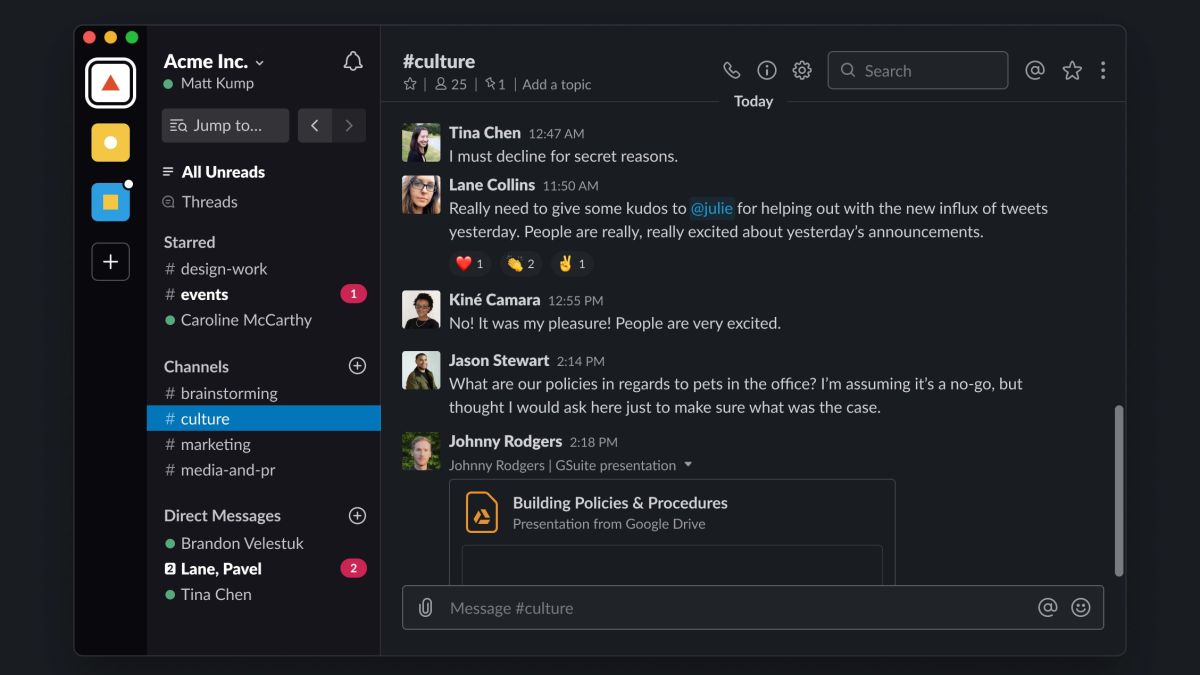 The popular workplace chat and collaboration software Slack is bringing a dark mode to its desktop version and the company also announced that it will bring data residency to the service later this year.

The software’s new dark mode for desktop option is available across all platforms and Windows, macOS and Linux users can now make the switch from the service’s traditional light theme. Slack has also enabled dark mode variants of the software’s existing sidebar themes.

Accessibility product manager at Slack, George Zamfir explained why the company decided to add a dark mode to its desktop app after doing so for its mobile apps on iOS and Android, saying:

“Dark Mode is an important feature for lots of people. It’s helpful for working at night or in low-light, and we know many need it for accessibility reasons like visual impairments, migraines or other visual disorders.”

As businesses around the world have begun to use Slack for their internal communications, the company also released a blog post announcing a new data residency feature to help organizations have more control over their data.

Since Slack is based in the US, the majority of its data is stored there. However, teams in highly regulated sectors such as financial services, government and health care need to meet the requirements of GDPR and other data protection regulations which require them to keep their data in the country in which they operate.

Later this year when Slack’s data residency feature launches, global teams will have more control over where their data is stored. Frankfurt, Germany will be the first data region available outside of the US though the company plans to add more regions later.

Existing Slack customers will also be able to move either their organization’s or teams’ data to new residency regions once the feature goes live.