Rumors and patent leaks related to Microsoft’s still fabled foldable, dual-screen Surface device have been swirling around since 2018, with one even hinting at a 2020 release of a foldable Microsoft Surface with Android app compatibility. And yet such an actual device still has to be announced or revealed.

With Microsoft’s October 2 event mere weeks away, however, during which the Redmond behemoth is anticipated to release new Surface hardware as well as some Surface accessories, it’s unsurprising that a slew of fresh leaks has, well, surfaced.

German online publication, WindowsUnited, for one, has recently spotted a new patent, which shows that Microsoft could utilize liquid-powered hinges on their rumored foldable Surface devices. 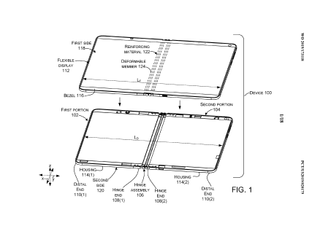 Published this month on WIPO, this patent reveals that the company is working on a hinged device with a flexible OLED display and a hinge that can be filled with a semi-viscous fluid. This fluid, according to The Verge, should help Microsoft’s foldable Surface devices to bend and move into different positions easily, as well as reduce stress on their displays. 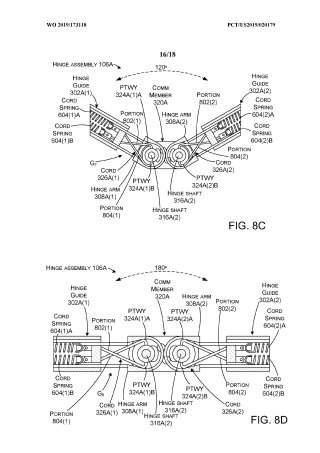 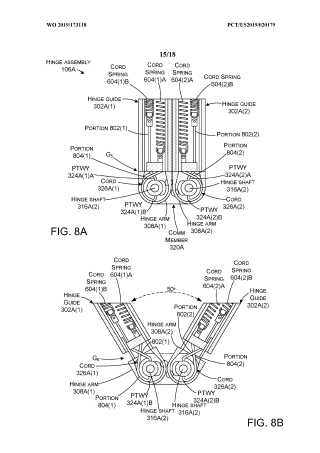 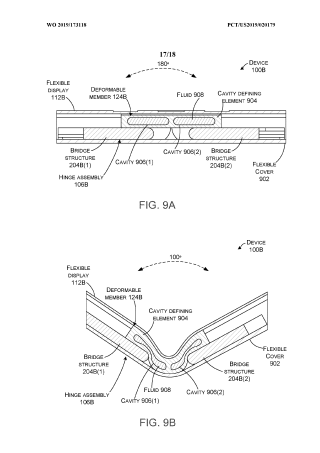 Unlike earlier leaks, this patent actually describes this liquid-powered hinged device in great detail, paying close attention to the hinge itself and complete with illustrations that showcase Microsoft’s conceptual structural designs.

In addition, the patent reveals that it’s been filed by “Microsoft Technology Licensing, LLC.” This could mean that Microsoft’s partners and other PC manufacturers would be able to license this liquid-powered hinge design. This will potentially give mainstream consumers a wide range of options, if they ever want to get their hands on such a device.

Whether or not this liquid-powered hinge will be utilized in the Surface Centaurus dual-screen laptop, which is rumored to launch later in 2019, has yet to be determined. We might not actually see it implemented on foldable devices until 2020, considering the timing.

Still, if Microsoft decides to combine it with its nifty multi-function buttons, which were patented in July 2019, alongside other innovative designs, it just might be worth the wait.