E3 2020 could be massively different from previous game shows

It looks like E3 2020 is going to take a very different form to previous trade shows.

According to a pitch deck proposal from the Entertainment Software Association for next year’s event (obtained by GamesIndustry.biz), E3 2020 will focus on being a “fan, media, and influencer festival” rather than a trade show.

In other words, E3 2020 will move more in the direction of shows like Gamescom – focusing on consumers rather than trade visitors. 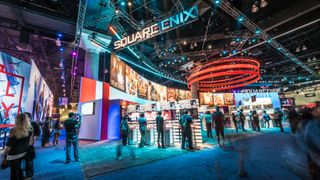 According to the E3 2020 pitch, the biggest change will be to the level of marketing applied to the annual gaming event. For starters, marketing showcases involving influencers and celebrities would become a key feature of the show floor.

In addition, “queuetainment” would be introduced which would see direct marketing being targeted to attendees as they queue for the event.

Another big change would be to the number of public (consumer) attendees. Typically E3 is pitched as a trade event, allowing just 15,000 consumers to attend E3 2019. However, the ESA has approved an additional 10,000 badges for public attendees.

But how would you manage this many people? Potentially through a digital app that allows you to book time slots with certain games, according to the ESA.

This increased focus on consumers would also mean that there would be an “industry-only” day on the Tuesday before the show officially opens to the public on Wednesday and Thursday – again, much like Gamescom.

According to GameDaily.biz, this change is a result of publisher feedback – both Sony and Activision skipped E3 2019.

It also reported that the ESA has claimed this change is to encourage the creation of “exclusive/appointment only activations for select attendees who will create buzz and FOMO”.

It’s worth noting that the fact that this has been pitched does not necessarily mean it will come into action, however E3 has been shifting more towards a consumer focus in recent years. Prior to 2017, E3 was an industry-only event, so allowing 25,000 consumers into the show in 2020 is quite the change in direction.