Not had enough Resident Evil this year? Then you’re in luck. Capcom officially announced Project Resistance at Tokyo Game Show 2019.

It may not be a new core game in the franchise, but Project Resistance is shaping up to be Capcom’s version of survival horror’s such as Dead by Daylight and Friday the 13th.

So without further ado, here’s everything we know about Project Resistance including all the latest new, trailers and rumors.

[Update: Project Resistance has been officially confirmed. Read on to find out more.]

Capcom hasn’t confirmed when Project Resistance will launch, however we expect to find out during the official announcement in September. The game will also be playable at Tokyo Game Show, suggesting development is fairly far along.

It’s likely we’re looking at a release date in mid to late 2020. 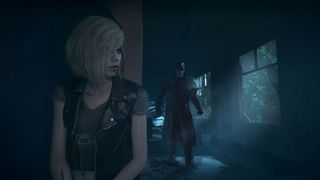 Project Resistance was officially announced at Tokyo Game Show 2019 with an official trailer.

Check it out below:

We first saw a teaser trailer for Project Resistance.

You can check it out below:

Survival of the fittest
Much like Dead by Daylight and Friday the 13th, Project Resistance sees a group of survivors working together to escape – each with their own unique traits and skills. To win, survivors need to obtain specific items to escape areas – they are succesful if they complete the third area in a level.

On the opposing side is a Mastermind, who secretly kidnaps young people “for the purpose of data gathering”.

Unlike other survival games though, the Mastermind will never come face-to-face with survivors, instead observing through the security cameras and setting traps to prevent their escape.

Platforms
Resident Evil Project Resistance will be available on PlayStation 4, Xbox One and PC. 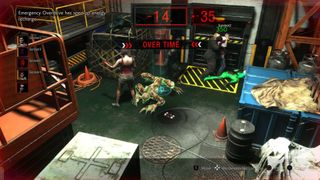 Testing on an unconfirmed title
Capcom’s Division 1, has reportedly sent emails to Resident Evil Ambassadors in Japan, inviting them to test an in-development game.

The email, translated from Japanese to English and published by fansite Biohaze, reads:

“To all Resident Evil Ambassadors, thank you for your patronage regarding the Resident Evil series. Today, we are letting you know that we are recruiting testers for a game that’s in development!

We now know these emails may have been referring to Project Resistance.