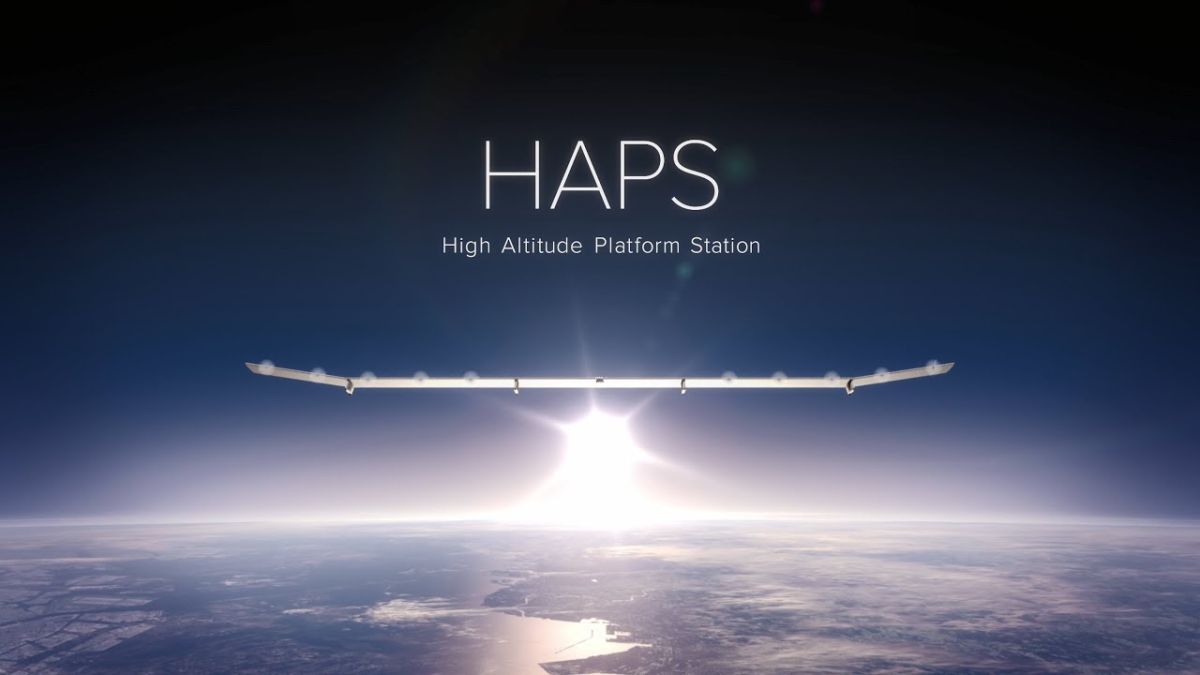 Last week the HAWK30 drone, which has a massive 260 foot wingspan, took to the skies during its inaugural test flight at NASA’s Armstrong Flight Research Center (AFRC) in California.

The HAWK30 is a solar-powered 5G drone also known as a high-altitude pseudo-satellite (HAPS) that can fly non-stop for six months at a time while sending 5G back down to the ground.

The project is currently being developed by the University of Hawai’i (UH), in partnership with SoftBank, AeroVironment, and Google’s parent company Alphabet. If approved though, the HAWK30 will eventually move from California to Hawaii’s Lanai Island for its final tests and Oracle’s founder and chairman, Larry Ellison, currently owns 97 percent of the island.

Junichi Miyakawa, who is the representative director and CTO of SoftBank as well as the president and CEO of HAPSMobile, explained that last week’s test flight is just the beginning for the HAWK30 drone, saying:

“We’re very pleased that HAWK30’s first test flight was a success. It was an exciting journey to get to this point. We were able to see HAWK30 take flight in front of us and witness its grace in the air. We’re extremely grateful to NASA for their guidance and operational support. While this successful test flight represents just the first step, we’re moving forward with tests in the stratosphere and long flight duration tests lasting several months up to a half year. HAPSMobile will continue to work toward its goal of bridging the world’s digital divide and revolutionizing mobile networks by leveraging HAPS.”

The HAWK30 is an unmanned, low-speed, high-altitude, solar-powered aircraft which is propelled by 10 electric fans and has been designed to carry 56 communications relays. The end goal of the project is to one day deliver next generation mobile connections to remote areas all over the world.

The drone is designed to operate for up to six months in a single flight and each HAWK30 will provide continuous service covering 150 square miles of land. The proposed project will utilize two airplanes that will remain centered above Lana’i airspace.

However, local tensions have heightened after health scares surround 5G technology has emerged and there is even a campaign building to ground the project. The HAWK30 project has addressed these tensions head on in its proposal though, saying:

“The way HAWK30 projects cellular radio waves downward to the surface of the earth, with only one Watt of transmit power required to cover a surface area equal to the entire island of Lana‘i, compared to the 8 to 10 Kilowatts of power it would take to power normal cell towers transmitting horizontally. This low wattage reduces or eliminates health concerns associated with powerful radio transmission.”