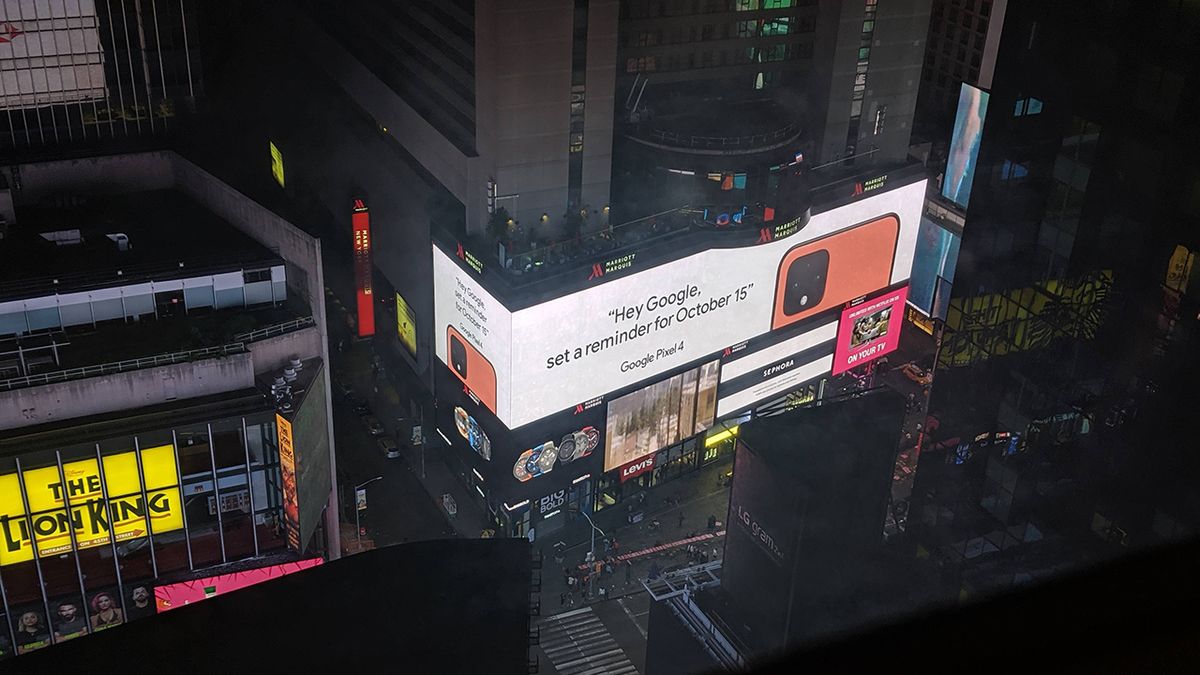 We’ve seen numerous Google Pixel 4 leaks over the last few weeks, including some incredibly convincing photos showing off the upcoming handset in a new (and rather eye-catching) orange color option allegedly dubbed ‘coral’.

Now, the teasing is finally over, with Google confirming the new orange shade (with black accents) in a massive billboard in New York’s Times Square, as photographed by Reddit user LousyTX and reported on by 9to5Google.

Aside from revealing that the new orange color is real, the billboard is pretty light on details (there’s no mention of the name ‘coral’, for instance).

However, it does let people know to “set a reminder for October 15”, which was confirmed as the Pixel 4’s launch date yesterday.

Along with the expected Pixel 4 and Pixel 4 XL models, there has been evidence to suggest that Google will launch a total of four new smartphones this year.

It’s probably safe to assume that Google will launch a Pixel 4a alongside the Pixel 4, while the fourth phone may very well be the rumored Pixel 4 XL 5G, which is expected to be the company’s most powerful handset to date – we’ll know for sure on October 15.