Trump is seriously, frighteningly unstable – the world is in danger 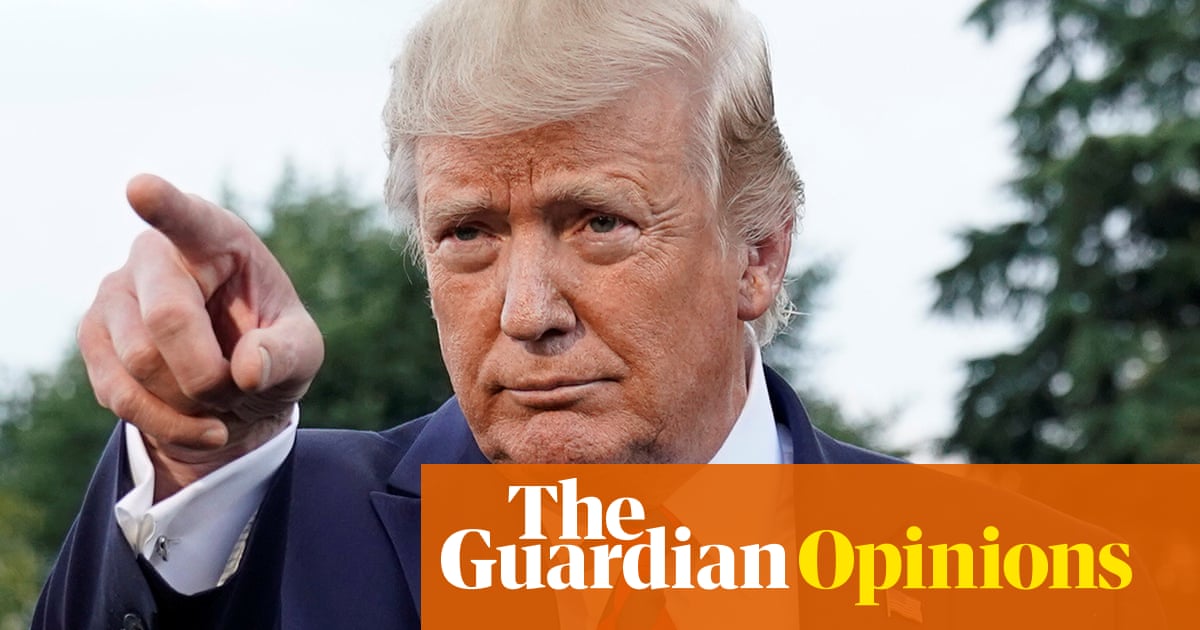 In retrospect, what’s most disturbing about “Sharpiegate” isn’t Trump’s clumsy effort to doctor a National Weather Service map or even his brazen move to get the same agency to lie on his behalf.

It’s how utterly petty his motive was. We’ve had presidents trying to cover up a sexual liaison with an intern and a botched burglary, but never have we had one who went to such lengths to cover up an inaccurate weather forecast. Alabama being hit by a hurricane? Friends, this is not rational behavior.

Trump also cancelled a meeting with the Taliban at Camp David. The meeting was to have been secret. It was scheduled for the week of the anniversary of 9/11. He cancelled it by tweet.

Does any of this strike you as even remotely rational?

Before that, Trump cancelled a state visit to Denmark because Denmark wouldn’t sell Greenland to the US. Hello? Greenland wasn’t for sale. The US no longer buys populated countries. The state visit had been planned for months.

He has repeatedly told senior officials to explore using nuclear bombs to stop hurricanes hitting the US. He believes video games cause mass shootings. He thinks climate change is no big deal.

No president has ever been sent packing. Nixon resigned because he saw it coming. Trump would sooner start a civil war

He says trade wars are “good and easy to win”. He insists it’s Chinese rather than US consumers who pay his tariffs. He “orders” American firms to stop doing business in China.

He calls the chairman of the Federal Reserve an “enemy”. He retweets a comedian’s sick suggestion that the Clintons were responsible for the suicide of convicted sex offender Jeffrey Epstein.

I think we have to face the truth that no one seems to want to admit. This is no longer a case of excessive narcissism or grandiosity. We’re not simply dealing with an unusually large ego.

The president of the United States is seriously, frighteningly, dangerously unstable. And he’s getting worse by the day.

Such a person in the Oval Office can do serious damage.

What to do? We can vote him out of office in 14 months’ time. But he could end the world in seven and a half seconds.

There’s also the question of whether he’ll willingly leave.

With rumors flying that Trump might exchange him for another lapdog, who knows? Maybe Pence will discover some cojones

Can you imagine the lengths he will go to win? Will he get Russia to do more dirty work? Instruct the justice department to arrest his opponent? Issue an executive order banning anyone not born in the US from voting? Start another war?

By the time the courts order him to cease whatever unconstitutional effort he’s making to remain in office, the election may be over. Or he’ll just ignore the courts.

It’s almost too late for an impeachment. Besides, no president has ever been sent packing. Nixon resigned because he saw it coming. Trump would sooner start a civil war.

Also, being unstable is not an impeachable offense.

Two Republicans who have announced primary challenges to him have suggested another possibility: the 25th amendment.

Former Massachusetts governor Bill Weld recently tweeted that Trump is “a clear and present danger” to the US, with the hashtag “#25thAmendment”. Former Illinois representative Joe Walsh says the amendment should be “looked at”.

Last February, former deputy director and acting director of the FBI Andrew McCabe said officials in the Department of Justice had discussed using the 25th.

Ratified in 1967, it allows the vice-president to become “acting president” when “the vice-president and a majority of either the principal officers of the executive departments or such other body as Congress may by law provide” declare a president incapacitated.

The only attribute Mike Pence has displayed so far is sycophancy: most recent illustration, overnighting at Trump’s golf resort in Ireland. But with rumors flying that Trump might exchange the vice-president for another lapdog, who knows? Maybe Pence will discover some cojones.

Another problem: the amendment doesn’t define who “principal officers” are and the constitution never mentions the word “cabinet”. If Trump thought a revolt was brewing, he’d fire everyone instantly.

I wouldn’t completely rule out the 25th amendment, but the only thing that’s going to get Pence and a majority of Trump’s lieutenants to pull the plug before Trump pulls it on them may be so horrific that the damage done to America and the world would be way beyond anything we’ve experienced to date.

Which is to say, be careful what you wish for.

Pray that we make it through the next 14 months. Then do everything in your power to remove this man from office.