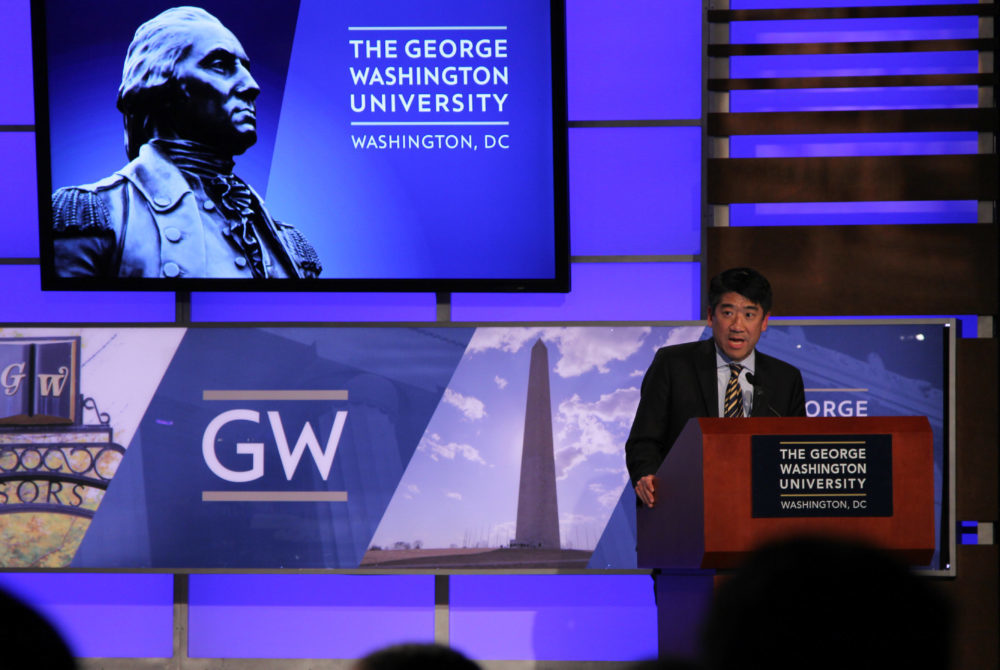 Jim Chung, the associate vice president of entrepreneurship and innovation, said officials launched the program in response to demand from student entrepreneurs who were ready to launch their “fundable” business ventures.

Students who participated in GW’s first Summer Startup Accelerator cohort said the program connected them with mentors who helped them refine their business models.

The program, hosted by the Office of Innovation and Entrepreneurship, included 10 teams of undergraduate and graduate students and recent alumni who participated in a nine-week intensive training program featuring industry speakers and a stipend. Officials said the program’s resources and programming provided “key” support to the participants’ business ventures.

Jim Chung, the associate vice president of entrepreneurship and innovation, said officials launched the program in response to demand from student entrepreneurs who were ready to launch their “fundable” business ventures. He said each of the nine weeks focused on different topics, like “marketing and sales” and “projections milestones,” to teach participants about a specific aspect of the startup process.

“The program offers advanced training on strategic and tactical skills necessary for successful fundraising and venture launch,” he said in an email.

Chung said the program provided participants with one-on-one mentorship from “experienced” entrepreneurs, alumni, investors and startup professionals. Each team received between one and two mentors, according to the program’s website.

He added that participants received nine weeks of on-campus housing and a “small living allowance.” The program cost about $120,000 and was funded primarily through donations from alumni and parents of GW students, he said.

Participants of the cohort said the program taught them to create and market a business model that would appeal to investors.

Randall Ray, a doctoral student and participant in the program, said his company, Perpetua, develops telemedicine capabilities for ambulances to allow them to assist patients who do not need to go to the emergency room.

He said his company originally marketed its product as a solution to problems in sub-Saharan Africa, but after meeting with mentors during the program, his team realized that many communities in the region could not afford the technology. The business will now initially promote the technology in the United States until it has enough resources to lower the cost for developing regions, he said.

“If we hadn’t gone through GW and done the Summer Startup Accelerator, we would probably still be trying to force this technology in a market that can’t afford to buy it as a new technology,” Ray said. “We probably would have just been wasting our time.”

He added that the program’s guest speakers and mentors helped his team turn their medical technology into a fully developed business idea through valuable feedback and expertise.

“I’m a medical student, so that’s something you don’t really get in medical research,” he said. “Any clinical innovation typically talks about patients, you don’t really talk about customers.”

Saramarie Puzzanghera, a sophomore who worked for Voxion – a marketing technology startup helping companies build a presence on smart speaker systems like Google Home and Amazon’s Alexa – said organizing meetings with investors and getting advice from the program’s directors would have been more difficult had the accelerator not connected them.

At the end of the program, participants pitched to 23 investors and venture capitalists for a “Showcase and Demo Day,” according to the program’s website.

“My startup was all college freshmen and sophomores and one member who did not go to college, so I think it is safe to say none of us really knew anything going in,” Puzzanghera said in an email.

Manyung Emma Hon, the co-founder and CEO of Envirobe – a science startup that engineers plastic-eating microbes – said she learned “soft skills,” like how to interact better with consumers, through the program.

“One of the very interesting things that I learned, specifically, is how to present myself to decision-makers,” she said.

Sri Varre, a sophomore majoring in international business and economics, said she worked as a fellow on three of the 10 teams: District Connect, which seeks to eradicate food deserts by creating a mobile grocery store; Last Call, which partners with restaurants around campus to provide low-cost meals; and Viva Vita, which creates virtual reality technology for seniors.

“I would definitely say that it helped significantly for all three of those and all of the ventures that were a part of it,” Varre said about the accelerator.

Varre added that the participants have continued to use their new connections and skills to build their businesses. The Viva Vita team’s CEO has continued to partner with local senior homes to grow the startup using its newly refined business model, she said.

This article appeared in the September 19, 2019 issue of the Hatchet.