The emergence of super apps in Latin America 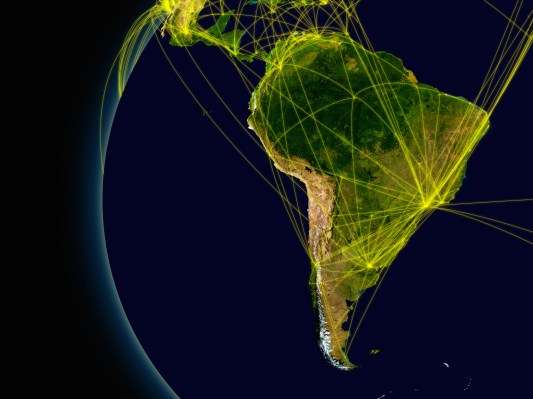 Thiago Paiva Contributor
Thiago Paiva is a fintech entrepreneur, writer and investor. He is the co-founder of Liquia Digital Assets, an investment platform for international investments using blockchain technology.

p id=”speakable-summary”>The super apps WeChat and Alipay became an integral part of the Chinese mobile ecosystem, growing to more than 1 billion monthly active users (MAU) and 1 billion annual active users (AAU), respectively. They both offer services from food delivery and bike sharing to a full suite of financial services such as payment, insurance and investments.

Now, companies from around the world are trying to replicate the successful Chinese model in their region. And Latin America is an especially compelling region for the emergence of super apps, due to its vast population, almost 650 million, distributed in more or less similar countries regarding language, culture and religion. It also has a mobile-first population with 62% of smartphone penetration, according to GSMA data.

The expansion of the super apps model

After the incredible success of WeChat and Alipay, many companies around the world decided to replicate their model in different regions. Due to the proximity to China and its influence and money, Southeast Asia was one of the first regions in which super apps started to appear. The Singaporean ride-hailing Grab and the Indonesian Go-Jek both raised billions of dollars to not only successfully block the expansion of Uber in the region but also to expand their portfolio of services provided beyond ride-hailing to food delivery, payments and other services.

Note that not all super apps are the same.

In India, payTM is expanding beyond its core service and positioning itself to be the leading player in the country, especially after Tapzo was acquired by Amazon last year and closed.

So, what to expect in Latin America?

Latin American super apps should develop themselves in their own particular way, as the environment in the region is quite different from the one in China.

The internet ecosystem in the region is highly influenced by European and American tech companies that dominate segments such as communication, music, search and many others. It is quite hard for a local startup to compete in those markets. However, there are a few battlegrounds that are not as easy to dominate from abroad, such as ride-hailing, food delivery and finance. Those are on-the-ground or highly regulated industries that are very hard to scale, especially across different countries. Those are precisely the industries in which we have seen the emergence of some super apps candidates, fueled by an unprecedented amount of venture capital investment in the region.

The most prominent candidate to super app in the region is the Colombian on-demand delivery Rappi. It is one of the most funded startups in Latin America, backed by titans such as Sequoia, Andreessen Horowitz and SoftBank, which have poured US$ 1.4 billion in investments so far. Although it started offering just food delivery, it now provides services such as e-scooter, payments, P2P transfer, movie theater tickets and a debit card. It also operates in the most relevant countries in the region: Brazil, Mexico, Colombia, Argentina, Chile, Uruguay and Peru.

Another strong candidate is the financial side of the e-commerce behemoth Mercado Libre (MELI), Mercado Pago. It started as a way to enable payment between users in the marketplace; however, it grew to offer a diverse portfolio of financial services such as online and offline payment, bill payments and, more recently, investment (through its Mercado Fondo). Thanks to its parent company, it’s pretty much all over Latin America, and processes around 400 million transactions annually.

The Brazilian Movile is also positioning itself as a strong competitor. The company already has a diverse portfolio of services, from delivery food to event tickets, courier and even a kids Netflix, operating in Brazil, Mexico, Colombia and Argentina. Not only did it raise a total of US$395 million investment, but also one of its companies, iFood, raised a total of US$592 million.

Latin America is an especially compelling region for the emergence of super apps.

The Spanish Cabify is another company trying to position itself as a super app. It recently started to offer e-scooters and bike service, as well as financial services through its own fintech company, Lana. Even though it raised US$477 million in funding, it will be hard for Cabify to become a super app, as the ride-hailing competition is getting quite intense in the region. Its competitors Uber and Didi are also adding more services and trying to position themselves.

An interesting potential competitor would be Nubank, the Brazilian decacorn (private companies with more than US$10 billion of valuation). It already has more than 8 million customers in Brazil and is starting to expand in the region to Mexico, Argentina and Colombia. Although Nubank still only offers traditional financial services, it has Tencent as a significant investor and has raised US$1.1 billion, so far. Therefore, it would be no surprise if it decides to follow a similar path as WeChat.

Also, in Brazil, Banco Inter (BIDI11) recently launched a marketplace to expand the offer to its customers beyond financial services to e-commerce, travel and more. The challenger bank is already a public company with around US$7 billion valuation, but it is now backed by SoftBank after its latest share offer.

Those are the most well-positioned candidates to be super apps in Latin America. Even so, other players could surprise, such as Magazine Luiza, leading retail and e-commerce in Brazil. Its CEO is transforming the company from a brick-and-mortar retail to a technology company and already showed its ambition to transform MagaLu (its app) into a super app offering many other services. Although it could compete in the Brazilian market, it would be doubtful that it becomes a regional player, as its primary business operates only in Brazil.

As more companies are looking into the Chinese success stories, we will probably see even more players competing to become the Latin American super app. The venture capitalists are already placing their bets on who will become the leading players in Latin America. One thing is certain: It will be exhilarating to see how the market unfolds in the region — the customers will be the true winners in this battle.