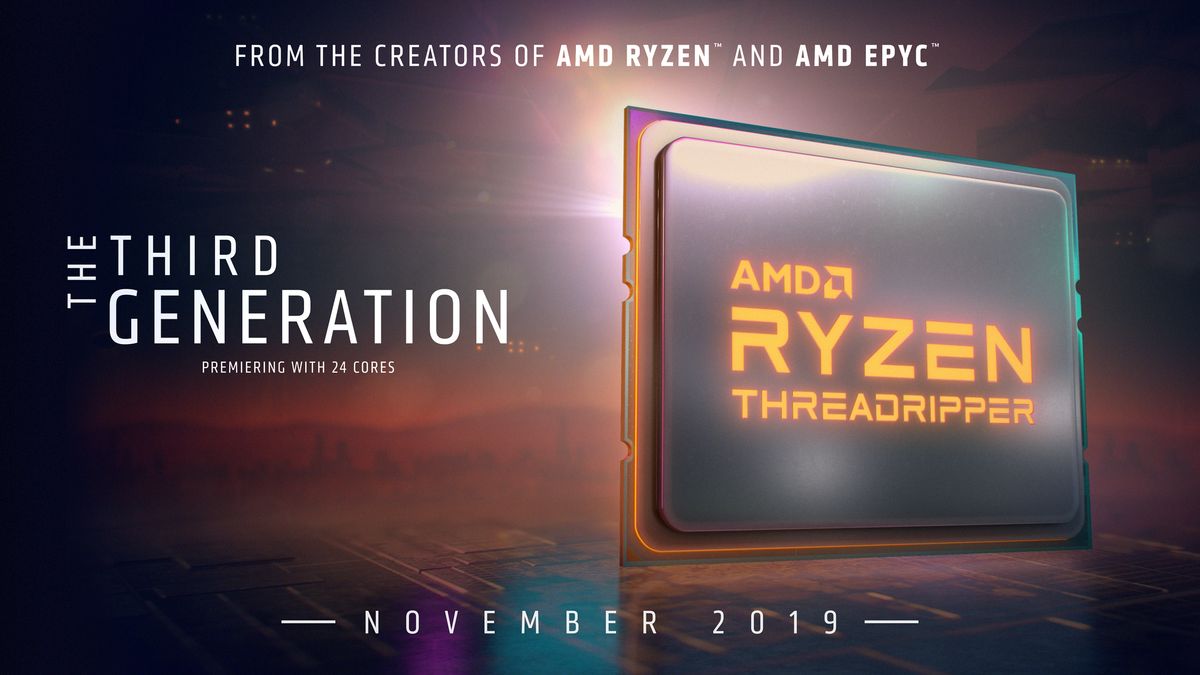 The AMD Ryzen 9 3950X was a surprise reveal at E3 2019, coming right after AMD unveiled the AMD Radeon RX 5700 XT and RX 5700. Initially, it was supposed to come out in September 2019, but it has been delayed to November 2019 instead, along with some new Threadripper processors.

However, the AMD Ryzen 9 3950X won’t be launching alone. The 16-core mainstream processor will be accompanied by new Threadripper 3rd Generation processors. We don’t have any specific information about which Threadripper chips will be hitting the street in November, but we do know that the high-end desktop (HEDT) platform will be “premiering with 24 cores.”

When talking about the Ryzen 9 3950X and Threadripper 3rd Generation release date, AMD says that its “focusing on meeting the strong demand for our 3rd generation AMD Ryzen processors in the market and now plan to launch both the AMD Ryzen 9 3950X and initial members of the 3rd Gen AMD Ryzen Threadripper processor family in volume this November. We are confident that when enthusiasts get their hands on the world’s first 16-core mainstream desktop processor and our next-generation of high-end desktop processors, the wait will be well worth it.”

Beyond the window “November 2019,” we don’t know when these chips will be available on store shelves, but that’s right around when everyone will be doing their Black Friday shopping. We also don’t know how much this 24-core Threadripper 3000 chip will cost, but don’t expect it to be cheap.

What about that 32-core monster?

Now, this falls short of the 32-core Ryzen Threadripper 3000 chip that we’ve seen in all kinds of leaks in rumors over the last couple of weeks, but we might see AMD launch that 32-core chip – if its real – after the initial launch, much like it has with the 3950X.

A 24-core AMD Ryzen Threadripper 3rd Generation would fall short of the core count of the AMD Ryzen Threadripper 2990WX, which features 32-cores and 64-threads. But, if AMD Ryzen 3rd Generation performance is any indication, that won’t stop this 24-core processor from going neck to neck with the previous-generation flagship. For instance, in our testing the Ryzen 5 3600X is faster than the Ryzen 7 2700X in some workloads.

Now, obviously, we won’t know how these processors will perform in the real world until we get our hands on them – or at least until AMD shares some more specific specs. We doubt AMD will leave the Threadripper lineup without a processor that at least matches the 2990WX in core count, but we’ll just have to wait and see.