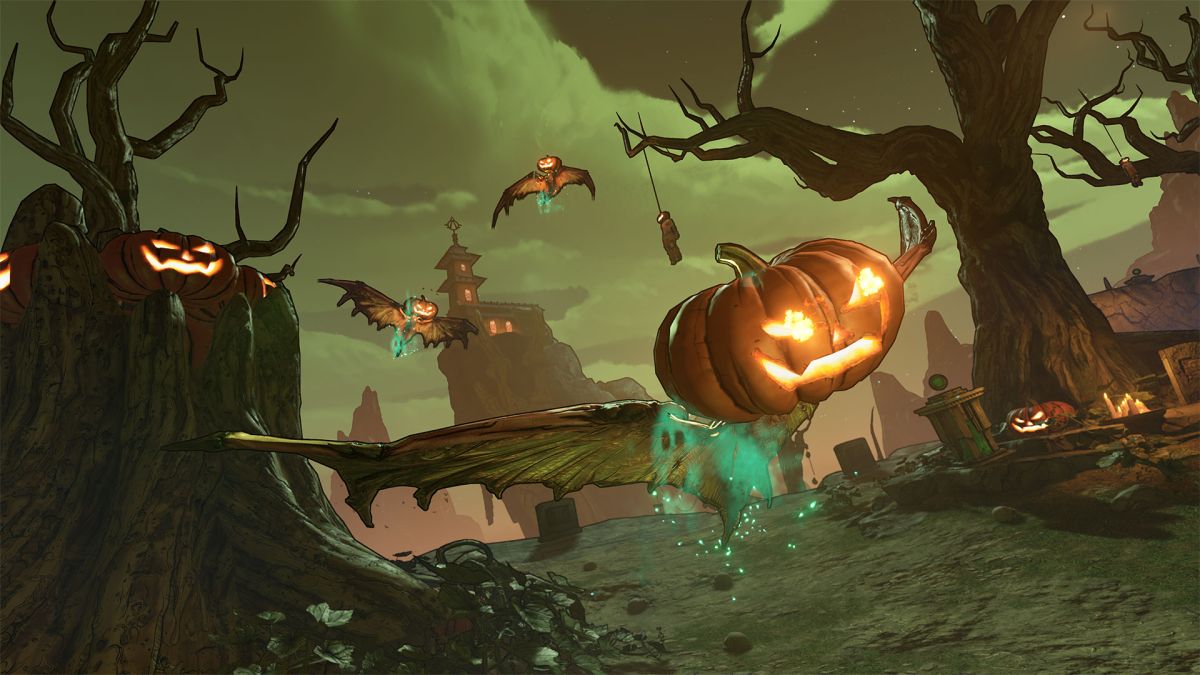 A mere week after Borderlands 3’s release, developer Gearbox has started detailing its post-launch content plans for the game. First up is a free limited-time event called Bloody Harvest.

The event was confirmed during the first episode of the new Borderlands Show livestream series which has been created by Gearbox itself. Across the course of the hour and a half episode, Bloody Harvest was revealed  to be an event for Halloween which will launch in late October and run for around six weeks.

During the event, players will be able to enjoy new weapons, new enemies and a brand new location.

To get access to the Bloody Harvest map you’ll need to have accessed Sanctuary III and be able to venture around space in the main game. When the event begins, you’ll notice that space is littered with new Haunted enemies with the ability to inflict a new Terror debuff which obscures your vision and hampers your shooting abilities. Killing these enemies will allow you to harvest their Hecktoplasm which can be used to get to the new map.

Once you’ve accessed the Bloody Harvest area you’ll be able to engage in a haunted boss battle with the Baron of Bloody Harvest, Captain Haunt, and earn event-exclusive rewards which include two new guns, a new shield and a bunch of new skins.

No exact launch date other than late October has been confirmed for Bloody Harvest but we’re likely to hear more closer to the time. During the stream, Gearbox did however confirm an exact release date for Borderlands 2 VR on Steam: October 22.

Post-launch content for Borderlands 3 will continue to feature on the Borderlands Show, the next episode of which will be uploaded around October 22.