The bitcoin price failed to perform, however, with bitcoin losing around 2% of its value since Bakkt began trading its “physically” settled bitcoin futures contracts, with some $8 billion wiped from the wider cryptocurrency market today.

Meanwhile, litecoin, the fifth largest cryptocurrency by market value, has suddenly gone into free fall, losing almost 10% of its value in a matter of minutes. 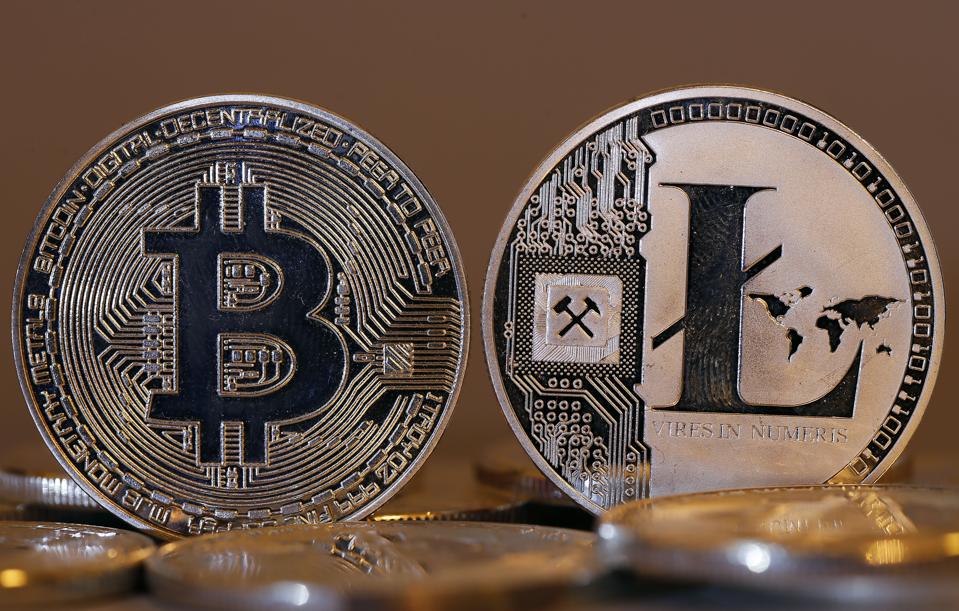 The bitcoin has been broadly trading sideways over recent months, though some smaller tokens, including litecoin, have rallied recently.

Getty Images
The reason for litecoin’s sudden sell-off was not immediately clear, however litecoin is down some 50% since June, thought to be a response to the gains litecoin made earlier in the year as traders cashed out of their positions.

Litecoin, which has been called the silver to bitcoin’s gold, surged in the first half of 2019 as traders bet an August so-called halvening of the cryptocurrency, where miner rewards for finding blocks are cut, putting a squeeze on supply, would spark a crypto bull market.

Bitcoin is itself due to undergo a halvening event in May next year and many have suggested this will be the catalyst for the next major bitcoin leap higher.

However, many had also expected bitcoin and the broader cryptocurrency market to get a boost when the Bakkt platform began operating today. 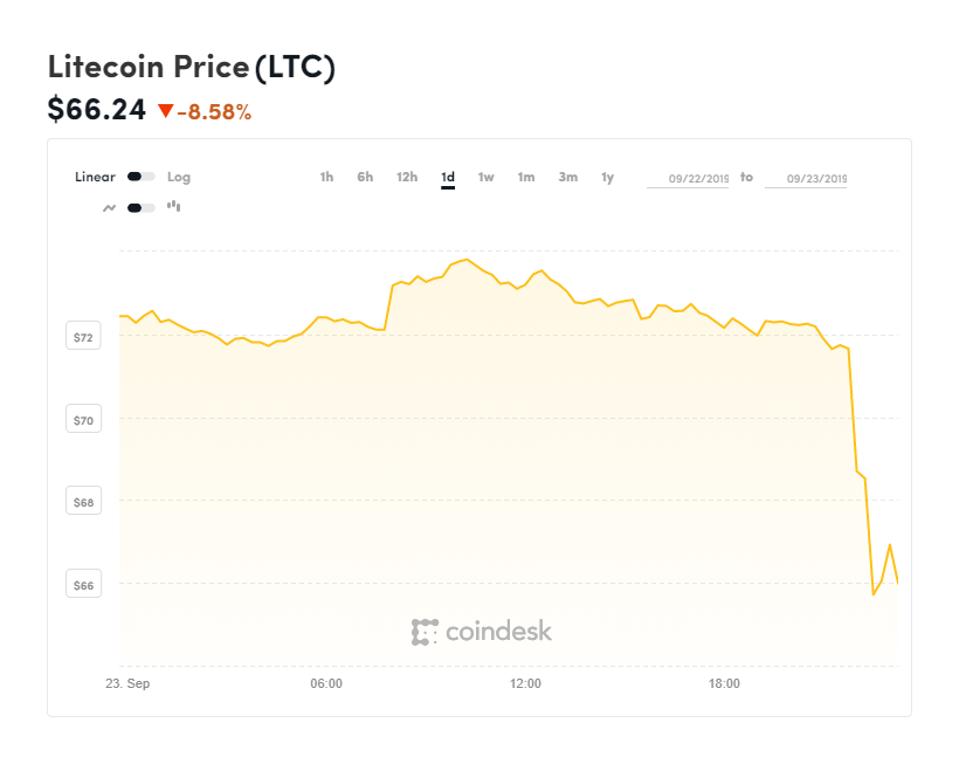 It wasn’t clear what had sparked litecoin’s sudden downturn, though bitcoin and the wider cryptocurrency market have disappointed traders and investors today.

Coindesk
Bakkt, an Intercontinental Exchange-backed bitcoin and crypto platform, was unveiled last year and boasted computing giant Microsoft and coffee chain Starbucks among its partners–promising to open up bitcoin to institutional investors and bring crypto spending to the high street.

Trading of Bakkt’s hyped “physical” bitcoin futures, meaning that traders and investors are not able to sell more bitcoin than they actually have, have been muted today, however.

There were just five bitcoin futures contracts traded via the platform after the first hour, rising to 28 ten hours after launch.

Traders and bitcoin industry executives were quick to play down Bakkt’s slow start. 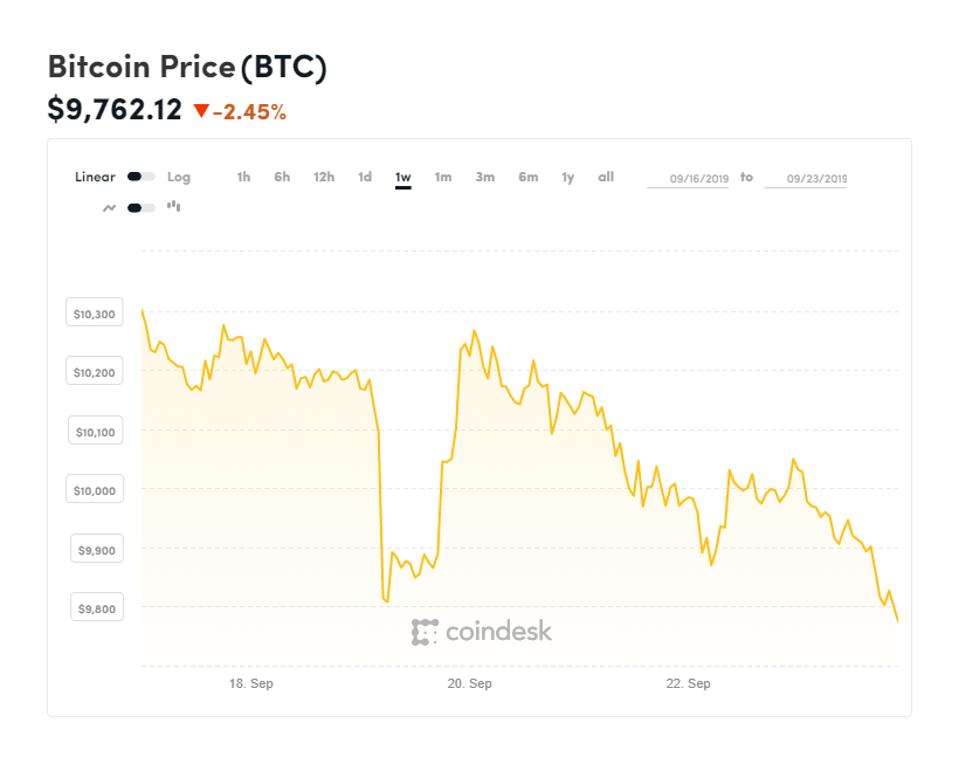 Coindesk
“Bakkt will be likely first a trickle and then a flood,” Su Zhu, chief executive of Singapore-based hedge fund Three Arrows Capital, said via Twitter.

“The reality is that most regulated futures contracts get low adoption on day one simply because not all futures brokers are ready to clear it, many people want to wait and see, the tickers are not even populated on risk systems.”