Facebook’s plan for our post-web future 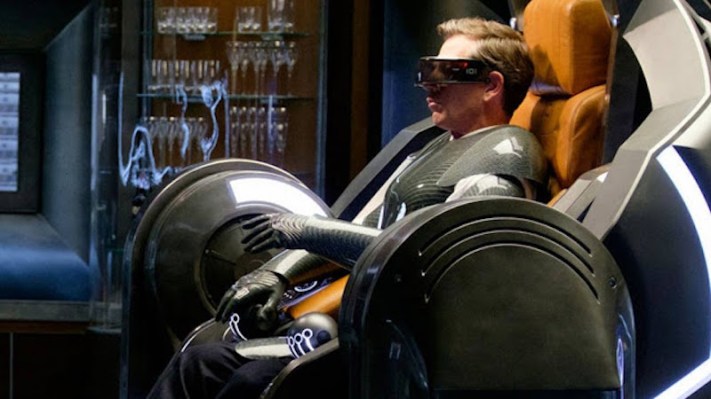 Let us connect some dots. Five years ago, Facebook acquired VR pioneers Oculus for $2 billion. This week, it snapped up neural-interface pioneers CTRL-Labs for somewhere north of $500 million, and announced that its own massively multiplayer VR shared universe Horizon will launch early next year.

Oculus became (somewhat creepily named) Facebook Reality Labs, headed by Andrew Bosworth, one of the company’s first 15 engineers, who also headed the company’s transition from desktop to mobile advertising. It doesn’t take much imagination to see that he’s now in charge a much more interesting, and longer-term, transition: from the World Wide Web to whatever lies beyond.

Their big multibillion-dollar bet, the vision floating in Mark Zuckerberg’s crystal ball, is clearly that this new frontier is “cyberspace,” to use William Gibson’s term, or “the Oasis,” to borrow from READY PLAYER ONE, a copy of which was once issued to every new Oculus employee. Virtual reality, in other words, and/or maybe “mixed reality,” which combines our real world with virtual artifacts.

I can see your eyes rolling already. I admit mine are twitching skywards as well. AR/VR, like nuclear fusion and Brazil, have been the future for so long that it’s become a little hard to take that future seriously. Neuromancer was published in 1984. Jaron Lanier demo’d the first real VR headset and motion capture wearable, the EyePhone and DataGlove, more than thirty years ago. No wonder the notion of a shared global VR space increasingly feels like a retro-future.

But to Zuck’s credit, the path to change here is obvious and therefore plausible: use gaming as the bridge. Create the world’s first and best massively multiplayer online VR game. (The theory being it will be more immersive, and therefore more compelling, than Magic Leap’s mixed reality.) Use Facebook’s power, scale, and wealth to bring gamers in until there’s a thriving community of many million monthly users.

Then, transition to the larger vision, of VR slowly supplanting the Web itself; replace laptops with headsets, phones with overlays on smart glasses, and keyboards with neural interfaces. Not all at once, but bit by bit, as the Horizon gameworld gradually, over a period of years, becomes a platform for socializing and messaging and work as well as play. Then the Internet’s denizens won’t just visit Facebook’s web site, or launch its app; instead they will, literally if virtually, live in Facebook’s walled garden.

Is that vision more than a little creepy? You betcha. Is it one that’s likely to come to fruition? Well, no, I wouldn’t say likely. But I’ll concede it has a chance, one sufficiently nonzero, and sufficiently potentially spectacularly lucrative, that Facebook’s ongoing multibillion-dollar bet makes sense. Lucrative in terms of both money and implicit power. Like I said: more than a little creepy.

Of course this isn’t Facebook’s only vision of the future. It’s just one of their bets. Another is to essentially pivot from social-media advertising to messaging and transactions. You have to grudgingly admire their willingness to explore abandoning their current fantastically successful business model in favor of the untried and untested. Anything to disrupt the innovator’s dilemma.

Will this bet pay off? Will Facebook Horizon, plus VR and neural interfaces, be the gateway to “a consensual hallucination experienced daily by billions,” to quote William Gibson? While the odds are against it, it still seems to have a better chance than anything else on our collective horizon.