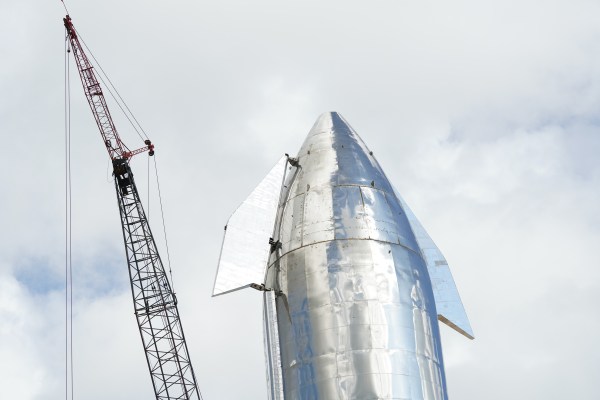 SpaceX is all set to deliver an update on the status of its Starship program, courtesy of CEO Elon Musk. Musk will provide new info about “the design and development of Starship” at 8 PM CDT (9 PM EDT/6 PM PDT) tonight, live from the company’s Boca Chica rocket assembly facility in South Texas.

The likely backdrop for the update will be the Starship Mk1 orbital prototype, the second flight-testing vehicle SpaceX has produced in its development of Starship. The first, Starhopper, accomplished its mission of testing two low-altitude, limited duration flights – a key step that sets the stage for longer, high-altitude sub-orbital testing by this Mk1 prototype. The Mk1 will use three Raptor engines initially (and up to six eventually) while the snub-nosed Starhopper used only one.

So far, we know based on past SpaceX presentations that the company is aiming to use Starship and its forthcoming Super Heavy launcher to deliver fully reusable space transportation, capable of bringing cargo and crew to the Moon, Mars and beyond. Starting at 7 PM CDT, we’ll find out what’s next for the company on the path toward that long-term goal.