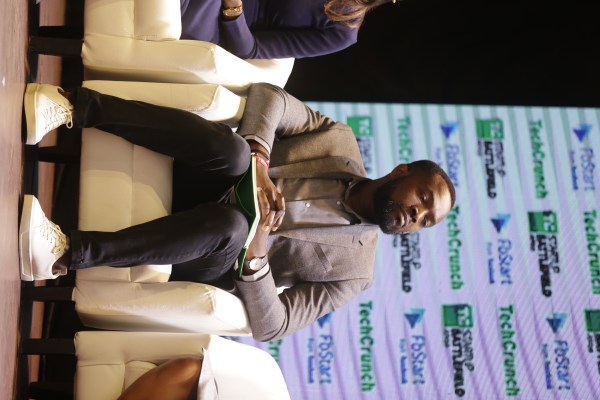 The purchase amount was undisclosed, but CcHub will finance the deal out of its real-estate project to build a new 10-story HQ in Lagos, CcHub CEO Bosun Tijani told TechCrunch.

Details are emerging on how the two entities will operate together, but Tijani noted some degree of autonomy. The names — CcHub and iHub — will remain the same. Tijani is now co-CEO of both organizations.

Nekesa Were continues as iHub managing director. And iHub’s existing programs will remain, with CcHub extending to Kenya some of its existing activities in education, healthcare and governance.

CcHub will also use the iHub addition to expand the investment scope of its Growth Capital Fund.

There’ll be a lot to cover on how this merger shapes up. At a high level, for now, the CcHub-iHub union creates a direct innovation link between two of Africa’s most active markets for VC and startup formation — Nigeria and Kenya.

On the disjointed news, Andela CEO told TechCrunch the layoffs were due to a shift in market demand for the startup’s more senior developers.

Andela’s client base is comprised of more than 200 companies around the world that pay for the African developers Andela selects and trains to work on projects.

The Series D tech-venture is one of Africa’s most visible (by press volume) and best funded ― backed by $181 million in VC from investors that include the Chan Zuckerberg Initiative.

Johnson said the layoffs were not due to a lack of demand or financial woes. That’s probably why Andela released first-time figures of a $50 million run-rate for 2019, something of a rarity for a startup to reach in less than five years. That’s even more rare for ventures in Africa. Only one VC-backed digital company has revealed annual revenues between $50 and $100 million. That’s Jumia, the e-commerce startup that listed in an NYSE IPO earlier this year.

The departing Andela software engineers gained severance packages and are receiving placement assistance from partners including incubators CcHub and iHub.

Headquartered in Shenzhen, Transsion is a top seller of smartphones in Africa under its Tecno brand. The company has also started to support venture funding of African startups.

Transsion plans to spend 1.6 billion yuan (or $227 million) of its STAR Market raise on building more phone assembly hubs, and around 430 million yuan ($62 million) on research and development, including a mobile phone R&D center in Shanghai.

Transsion has a manufacturing facility in Ethiopia and announced plans to build an R&D facility in India.

There are a couple things to watch with Transsion’s IPO. First, the public listing, and accompanying capital could mean more venture funding for African startups.

African tech around the ‘net