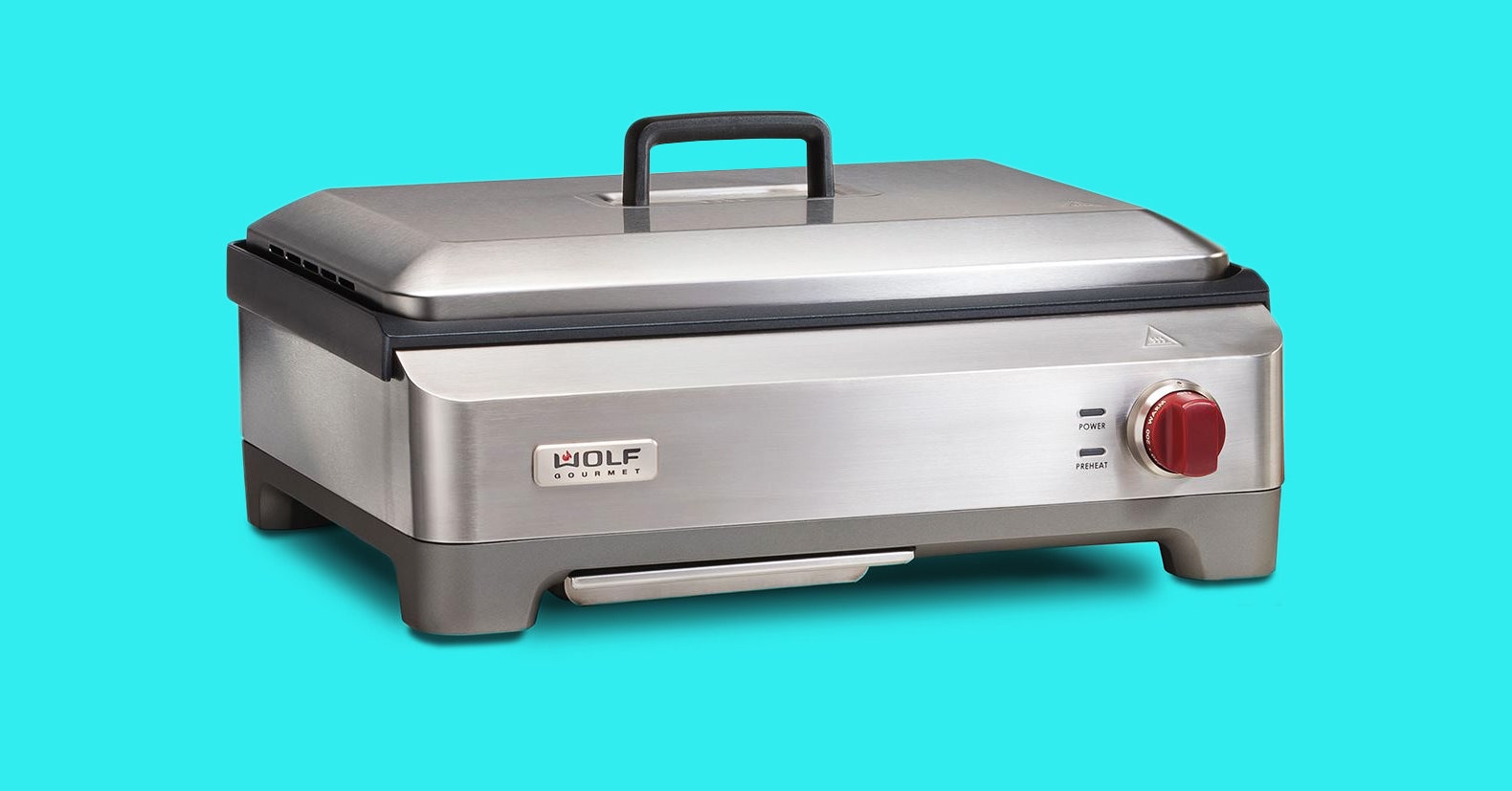 Many years ago, I walked into the kitchen to make Saturday morning pancakes for a group of friends and realized I had no idea how to do it. How hot should the pan be? When do you flip ’em? I must have wondered these questions aloud, as my then-girlfriend’s mom tried to stage a kitchen coup and take over the griddle.

Apparently, this was the moment I blacked out. Confronted with this hostile takeover attempt, my sister later reported that I held the spatula vertically, handed it to her, pivoted on a heel, then went and locked myself in the bathroom. I have no memory of this. I came to a few minutes later.

Unsurprisingly, I ended up with residual hesitance around griddles. But every once in a while, I’d eat something really good that was cooked on one and get curious. At Barcelona’s Bar Pinotxo, for example, their griddled gambas are near-miraculous. While writing the Willows Inn cookbook, I watched chef Larkin Young cook aged duck breasts, starting them directly on butter cubes on the hot flattop (restaurant parlance for griddle), getting them to alternately steam above the foaming butter and brown in its fat.

The results can be out of this world. Plus, I began to realize that it was similar to what I could achieve on a gas grill or cast iron pan. Folks who read this column occasionally may have noticed previous stories where I rhapsodized about temperature control, whether on a pan or burner, in a sous vide bath or on a grill, in the oven or on a griddle. It means better, more consistent results, with far less uncertainty in the cooking process. I’d be so happy to forever say goodbye to stovetops with dial settings like medium-low, which is going to be different from chef to chef and stove to stove.

For the home cook, temperature control is a sort of empowerment, a clearer path forward, helpful in a way that reminds me of fresh, reflective highway paint on a dark and stormy night. Put temperature control on a griddle, and suddenly you’ve got a huge canvas to churn out large amounts of food, very consistently. Use a well-made temperature chart like the one put out by Hestan Cue, and you’re in business: Put a crazy sear on a steak at 450 degrees Fahrenheit, clarify butter without paying attention to it at 240, and set it to 375 for pancakes without calling in unhelpful consultants.

This is what the Wolf Gourmet Precision Griddle offers, in a big, beefy package that you can park on your kitchen counter or put on your covered patio.

The Precision Griddle is a pleasingly simple setup: one dial to control temperatures from “Warm” to 450 degrees Fahrenheit; two lights—one for preheating, plus the power light that stays on all the time, pointlessly indicating that it’s plugged in—on the front; a pleasingly large 12- by 17-inch nonstick surface to cook on; and a lid to hold in heat. I got into it in a hurry, searing meat and veggies, making a stir fry. I toasted buns and made smashburgers! Concurrently, I reviewed a propane smoker and loved having the griddle around to put a quick sear on chops and chicken thighs that I’d smoked low and slow at 225 degrees Fahrenheit. I knew I’d enjoy using a griddle but was surprised what a useful tool it was.

Thing was, as I got deeper into my testing of the Wolf, I noticed some worrying temperature discrepancies. Butter, for example, frothed a bit faster on the centerline across the width of the griddle. I pulled out the Mastrad M°Control thermometer I’ve been trying out and pressed its “foot” sensor onto the griddle surface. Sure enough, even with plenty of time to preheat, the temperature tended to be right on target along that centerline, but 20 to 40 degrees lower as I moved toward the front or back thirds. Later, I corresponded with the Wolf team and, sure enough, there’s a thermostat bulb running along that centerline.

While a bit of inconsistency is to be expected even for a high-end appliance, this was an incredible amount for a griddle that costs a whopping $550 (MSRP=$700! OMG!). I’m sure it would complicate things for the manufacturer to fix it, but at that price, I’d hope they’d take a stab at more uniform results.

So if the whole point of temperature control is, you know, controlling the temperature, the Wolf couldn’t hack it on about two-thirds of its cooking surface, effectively flushing my enthusiasm for their griddle down the drain. It might as well just have had low, medium, and high on the dial.

Other faults became apparent too. The nonstick surface is lovely for certain applications, but it tends to have a shelf life. The manual suggests using only wooden or plastic utensils, but over time, you’re probably going to cheat, or just occasionally give into the urge to use a thin metal spatula like I did, and eventually you’re going to wear down the surface. If you could easily pop off the surface and replace it that’d be one thing, but it doesn’t detach, making the eventual replacement a pain in the butt at best.

Nondetachable also means cleaning is a pain; you’re supposed to go at it in situ with a hot, soapy cloth, then “rinse” with a damp cloth. You can squeegee grease down into the drip tray, but in my testing, cleaning took a lot more than just a damp rag. To be fair, cleaning off a restaurant flattop is also a chore, but the Wolf would get a lot more use if it were a bit more user-friendly for the home cook.

Keeping the space around the griddle clean was also an issue. I was testing it while visiting my parents and splattered pork-chop grease all over the gray clapboards next to the front door, making me wish the Wolf had some sort of backsplash option. Sorry, Mom! Finally, every time somebody walked past it when it was off, they asked why the power light was on, and I never really had a good answer for them.

Also at my folks’ place, I found a Black & Decker griddle in among the pots and pans in the cupboard. It has more rudimentary controls and probably cost 30 bucks a decade ago (there are lots of modern options online in the 30- to 40-dollar range), but you could buy more than a dozen of those for the price of a Wolf. With that same $550, you could also get a huge backyard griddle that uses a propane tank and still pocket well north of 100 clams.

I had high expectations for the Wolf. It’s such a great idea! But it feels like nobody at Wolf HQ thoroughly tested it before shipping it out, and at $550 that’s fairly inexcusable.