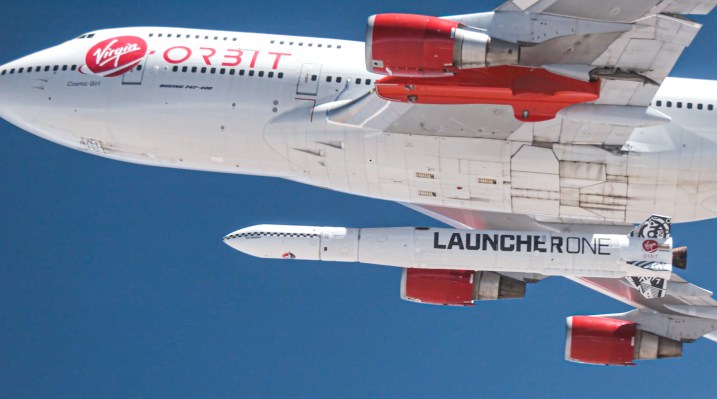 The Richard Branson-backed small satellite launch operation Virgin Orbit wants to be the first to dedicate a mission to bringing commercial cube sats to the red planet, the company announced today. Working with Polish satellite company SatRevolution, Virgin Orbit has established a consortium along with a group of Polish academic institutions to jointly work on at least one, and as many as three small satellite launches to Mars, with the first one expected to happen as soon as three years from now.

The consortium is working to follow in the footsteps of the NASA Jet Propulsion Laboratory’s MarCO mission from 2018, which saw two smaller satellites launched to Mars successfully. The group’s early studies have suggested that even satellites as small as 50 kg (around 110 lbs) or potentially even smaller can provide meaningful and useful research, including imagery collection, from both Mars and its orbiting body Phobos. These satellites could provide key info about the atmospheric composition of Mars, or even scouting for underground water, Virgin Orbit says.

Warsaw-based SatRevolution has experience in the commercial space industry, and in April this year sent Poland’s first commercial nano satellite into orbit. The universities involved, which include the AGH University of Science and Technology, Wroclaw University of Science and Technology, and many others, all have experience in space industry research as well. The plan is to launch the spacecraft developed by the universities and SatRevolution aboard Virgin’s LauncherOne rocket, which takes off from a converted 747-400 Virgin has retrofitted for the process.

Virgin Orbit is aiming to have its first orbital rocket launch later this year, and is currently going through the final round of testing before that happens. The company ran a successful drop test earlier this year, during which it let a non-functional rocket fall from the wing of the 747 launcher aircraft in a key test, and it’s been signing contracts to launch from the UK as early as next year.