Upgrade, the newest company by Renaud Laplanche, has a new credit card that it swears is good for you 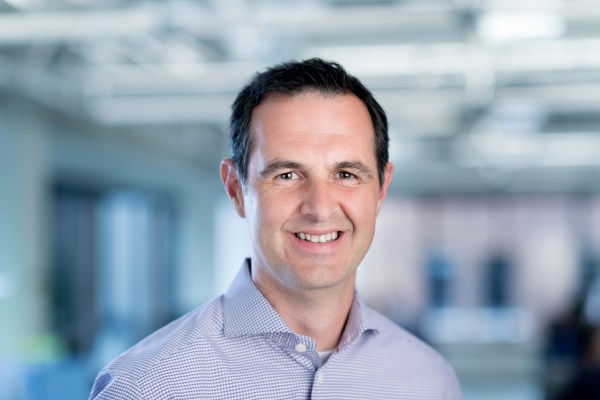 Three years ago, the founder of LendingClub, Renaud Laplanche, took the wraps off his second act, a consumer lending venture called Upgrade that now employs 350 people, has lent roughly $2 billion to 200,000 people, and has raised $142 million from outside investors.

At the time, it was jumping into a crowded market that has only become more frenzied, with a growing number of fintech startups that market themselves as more thoughtful alternatives to established banks and traditional credit card companies. While giants like Visa and MasterCard charge interest and late fees for overdue payments, for example, the Swedish unicorn company Klarna —  which allows shoppers to buy now and pay later — makes money through retailer transaction fees and late fees but doesn’t charge interest fees. Similarly, Max Levchin’s lending company, Affirm, doesn’t charge late fees when its customers rack up big charges but it does charge interest rates — sometimes as high as 30 percent.

Upgrade is slightly different in that that it doesn’t invite customers to defer their payments when they buy something using dollars from Upgrade. But it still largely fits into the same mold in that it markets itself as better for lending customers and more mindful of them. Its flagship personal loans product, for example, is largely used by customers to pay off credit cards and it features credit health tools that ostensibly teach people how to improve their credit scores.

It also charges up to 35.89% interest annually to a small percentage of users.

A brand-new credit product — the Upgrade Card — takes things even further on the feel-good front. As Laplanche explains it, the card “basically combines the payments capabilities of a credit card with the low cost of a bank loan into one single product.”

Adds Laplanche of this hybrid creation: “Lending Club created a $100 billion industry with personal loans 12 years ago; I think this is 10 times bigger — and 10 times cheaper for consumers.

We’re inherently skeptical of most lending products being good — or “cheap” — for customers. But here’s how it works: instead of asking a cardholder to pay a minimum amount each month from the balance they owe on their card, Upgrade breaks down the balance into an installment plan with equal monthly payments — plus an interest payment — that can be completed in a year to three years’ time.

“It’s like a mortgage or a car loan with a clear payment schedule,” says Laplanche. “You can budget for it and it sort of forces you to pay down the balance over a reasonable period,” unlike credit cards where customers can run a balance for as long as they like —  which can wind up costing them an arm and a leg in interest payments alone over time.

There is no prepayment penalty and the card replenishes as it is paid off. More, unlike many credit cards that reward users for spending with cash back and other perks, Upgrade customers receive 1% cash back each time they make a payment toward their balance.

Still, there is an annual percentage rate as with most credit cards, and it’s not much kinder than other alternatives, with a span of 6.49% to upwards of 29.99%. (In fairness, the highly hyped Apple Card comes with a starting APR of 13%.)

Laplanche further concedes that, as with any lending product, customers who miss payments or start with a lower credit score are more likely to confront a higher interest rate than someone who is able to pay off their card as they use it.

Upgrade partnered with Cross River Bank on its new offering. The 11-year-old, Fort Lee, N.J.-based institution has itself raised at least $128 million over the years, including via a $100 million round led by KKR that closed late last year and a $28 million round put together in 2016 with funding from Battery Ventures, Andreessen Horowitz, and Ribbit Capital, among others. In fact, Cross River has become the go-to institution for a lot of fintech startups, including Affirm, Transferwise, and Coinbase — startups that want to stay compliant with consumer protection regulations and that might have wanted to steer clear of large banks, especially when starting out.

Upgrade, which closed its last round, is probably due for a new funding round itself, having closed its $62 million Series C round in August of last year. Asked about this, however, Laplanche says only that, “We’re good.”

In the meantime, it’s planning ahead with the resources it has. Beyond the Upgrade Card, the San Francisco-based company expects to introduce a savings account in the first quarter of next year, a move similar to that which Robinhood announced earlier this week when it unveiled a high-yield cash management account.

It makes sense. If the economy turns — and it seems likely, given the ongoing spat between China and the U.S., not to mention other unanswered questions — consumers will increasingly look for safe havens like savings and cash management accounts.

Whether the moves are enough to insulate Upgrade or these other fintech startups in a serious downturn remains to be seen. But Laplanche has weathered worse before.

Though LendingClub was among the first peer-to-peer lenders and enjoyed a splashy debut on the public market in the summer of 2014, by the spring of 2016, Laplanche was asked to resign and was soon after charged by the SEC with fraudulently inflating the company’s returns.

He settled with the agency last year without admitting wrongdoing. He also paid a fine and agreed to be barred from the securities industry for three years.