Using the Sega Dreamcast in 2019

Cast your mind back to the year 1999. Ricky Martin was Livin La Vida Loca and the millennium was just around the corner. 1999 also gave birth to one of the most beloved and short-lived videogame consoles in history, the Sega Dreamcast, with its release acting as a bitter-sweet endeavor for Sega as a hardware developer.

20 years later and the Sega Dreamcast is still held in high regard by fans and retro enthusiasts alike, due to its innovative features and iconic library of games.

So, for those of you who want to keep the dream alive, there’s a lot to consider when it comes to what Sega’s final console has to offer in 2019 – which starts with getting the little white box up and running.

Finding the console of your dreams 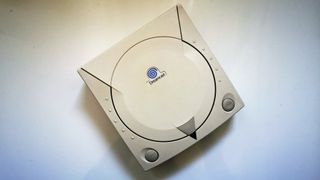 You might be wondering where you’d even find a Dreamcast console in 2019, since they’ve been discontinued since 2001. Well, one might be closer to you than you think, with many people finding their original hardware stuffed into dusty boxes in attics or basements. If, however, you didn’t have a Dreamcast back in the day or got rid of it, there are plenty of ways to obtain one using your hard-earned cash.

When it comes to the second-hand market, eBay is where most people gravitate to first. Unfortunately, retro gaming hardware is extremely hard to find on the electronic marketplace at a low price, with Dreamcast prices averaging out at around $60 (£50/AU$90). That being said, it’s worth keeping your eye on the ball when it comes to eBay, as clever bidding tactics can go a long way in achieving a bargain.

Brick and mortar shops such as CEX in the UK and Gamestop in the US also price their stock at around this price, with the difference being the bonus of a warranty. If you’re feeling especially thrifty, then your best bet is to put some graft into good old fashioned charity shopping, which means you can contribute to a good cause while feeding your money to the nostalgia monster.

Hooking up the dream machine 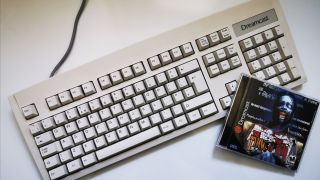 For those of you who checked out our previous guide to playing the best retro games, you may be aware of the caveats involved when using retro consoles today. While some consoles can be extremely difficult to get working with modern TV’s and monitors, the Dreamcast offers various solutions that stand the technological test of time.

Out of the box, the Dreamcast comes armed with a standard composite cable (red, white and yellow phono connectors) which can easily be plugged into displays from the time. This type of cable offers a quick and easy way to get things up and running, with the main drawback being the muddy picture quality of a composite video signal.

If your TV has a traditional scart socket, there are various cables available that will provide you with a high-quality video signal. These scart cables range from cheap and cheerful generic cables priced at around $10, to higher quality products from the likes of retrogamingcables.co.uk, starting at around $43 (£35/AU$63) – ouch.

“While some consoles can be extremely difficult to get working with modern TV’s and monitors, the Dreamcast offers various solutions that stand the technological test of time”

Depending on how new your TV is, you might find that traditional sockets are completely absent, which is becoming the norm to make new displays slimmer. If this is the case then fear not, as third party companies such as Pound Technology offer cables that add HDMI functionality to the Dreamcast.

Pound’s HD Link cable enables the console to be simply connected to modern displays via an HDMI port, with no additional hardware required. The cable retails for around $29.99, making it far from the cheapest available option. Users may also experience incompatibility with certain Dreamcast games, which is due to the fact they don’t support the high resolution the cable uses.

The last method of connecting Sega’s mighty little box up to a display is by using a VGA box, which essentially uses a classic VGA PC style of video connector. This is a great way to get a crystal clear image from the Dreamcast by using a traditional PC monitor set up, with many displays still featuring the interface. Just like its HDMI counterpart, however, it will also be subject to the same incompatibility issues with certain games. Speaking of games, let’s move on to the most important part of the Dreamcast experience.

A library to stand the test of time 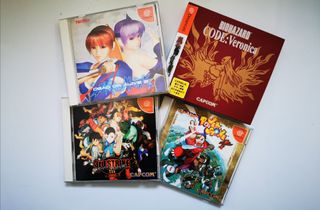 The Dreamcast may have only been around for a mere two years, but it managed to build itself one of the most impressive gaming libraries in history. From innovative fighting games like Powerstone to beloved action-adventures like Shenmue, the Dreamcast’s repertoire is one that gamers still crave to this very day.

As retro gaming is becoming more and more expensive as time goes by, concerns over how much these legendary titles might cost are completely understandable. Luckily, there are a few tricks you can try to obtain the best of the Dreamcast library, but at a much cheaper price.

As innovative as the Dreamcast may be, there’s one thing Sega dropped the ball with when it comes to the console’s design – region protection. This means that the Dreamcast can be easily manipulated to play any region by simply using a disk with specific software. If you’re lucky, you’ll occasionally find these disks paired with second-hand games on eBay, with the option of making your own by following a tutorial online.

“The Dreamcast may have only been around for a mere two years, but it managed to build itself one of the most impressive gaming libraries in history”

You might still be wondering why you’d want to play games from outside of your region, especially when it comes to language barriers. Well, like most things in life, it boils down to money, with certain games being drastically cheaper than their counterparts in a different country. Of course, Japanese releases are usually always cheaper than their western equivalents, mainly due to the language and hassle of getting them working. Yet, it’s worth mentioning that language issues don’t actually apply to a huge chunk of the Dreamcast library and are negated by the cost savings.

Take Street Fighter: Third Strike as an example, with a UK copy of the game costing upwards of £70, while its Japanese variant only costs around £20. This a huge saving to make considering fighting games aren’t affected by the language difference. Coincidentally, titles like the Resident Evil games on the Dreamcast don’t even use the Japanese language, despite being the Japanese versions, meaning it’s possible to obtain the same game, while still saving money.

A huge part of the fun of the 2019 Dreamcast experience is exploring titles that you might never have played back upon their release. The console’s short lifespan meant that many gamers completely missed out on the Dreamcast experience, with various titles such as Sonic Adventure and Jet Set Radio only being known of due to their various re-releases. To add insult to injury, many gamers missed out on one of the most diverse hardware experiences in videogame history, with whole genres being born out of specific peripherals. 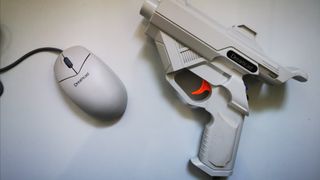 One of the most lovable things about the Dreamcast is its ridiculous amount of peripherals, many of which offer a truly unique gaming experience. Look at even the likes of the VMU memory card – a tiny Gameboy-esque device that could display game-specific content on its microdisplay, with it even going as far as to function as a cyber-pet when used with games like Sonic Adventure.

Having such a high tech memory card isn’t the only mind-blowing innovation Sega had in its arsenal at the time – the Dreamcast was also one of the first consoles to feature proper online gaming. Sure, we’re not talking Xbox Live levels of internet connectivity, but there was certainly a solid online experience for gamers to enjoy, especially considering it was still the early 2000’s. Titles such as Phantasy Star Online act as monumental examples of how Sega pioneered the art of online gaming, progressing it past the simplicity of previous multiplayer experiences.

“Everything seems far from mundane when it comes to the Dreamcast”

Everything seems far from mundane when it comes to the Dreamcast, with even the likes of the Dreamcast’s Keyboard offering an unexpectedly better experience over a lightgun, with parody games such as Typing of the Dead, which has players blast zombies with the power of frantic spelling. Even the tranquil experience of fishing becomes an exhilarating arcade experience when using the likes of the Fishing Rod controller and a copy of Sega Bass Fishing.

It would be a crime to talk about Dreamcast peripherals and not mention the legendary Samba de Amigo and its marvellous maracas, which are objectively the single best thing anyone could bring to a party. Samba de Amigo is a shining example of how the Dreamcast was able to bring almost any arcade experience into the home, which is something that consoles before and after didn’t quite manage to achieve.

In many ways, the Dreamcast is the dream console for anyone who wants to venture into the unknown of gaming. There’s guaranteed to be something that will surprise and please even the most seasoned of gamers, especially now that gaming has moved on from many of the values that the Dreamcast posses. Nevertheless, if you have even the slightest interest in older videogame formats, your path is in no doubt going to cross with the Dreamcast, forever proving itself as one of the most unique pieces of videogame hardware ever.