Original Content podcast: For better or for worse, ‘The Politician’ is absolutely bonkers 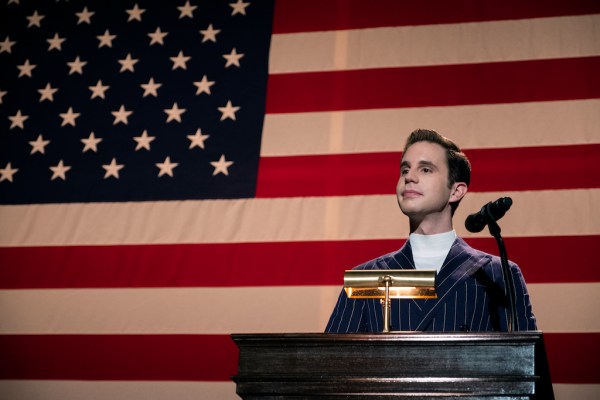 We all agree: “The Politician” is a crazy show that tries to do everything at once.

After all, why settle for a fast-talking satire about a high school election; a more serious treatment of wealth, illness and emotional turmoil; or a showcase for the musical talents of “Dear Evan Hansen” star Ben Platt? Instead, why not watch a show that tries to encompass all of that and more?

Still, the hosts of the Original Content podcast found themselves split on whether they actually liked it. Jordan and Darrell admitted that they were strangely compelled by the whole thing, but they ultimately found the mixture of gaudy production design, over-the-top melodrama and serious emotion to be exhausting.

Anthony, meanwhile, couldn’t defend the show’s treatment of weighty subjects like suicide, but he was still delighted by the rapid-fire dialogue and “The Politician”‘s apparent determination to entertain at all costs.

This is Ryan Murphy’s first production for Netflix — and since the “Glee” and “American Horror Story” creator signed a $300 million deal with the streaming service last year, the show is attracting extra scrutiny.

In this case, Murphy created the series with his “Glee” co-creators Brad Falchuk and Ian Brennan. Platt stars as Payton Hobart, the titular politician, with each season focusing on a different election in Payton’s career, starting with his run for high school president.

The show mines the gap between the grandness of Payton’s ambition and the triviality of the election for laughs, but that contrast also makes it hard to take Payton seriously at all. And while Jordan and Darrell admire the incredible cast (which also includes Jessica Lange, Gwyneth Paltrow and Bette Midler), they had a particularly hard time with the season finale, which they argue was little more than a trailer for season two.