Right-wing parties Shas, United Torah Judaism, Jewish Home and the National Union have pledged not join a minority government under Blue and White leader Benny Gantz that includes Arab parties, according to a Likud statement.

The statement from Netanyahu’s party says all the right-wing faction heads (except for Jewish Home leader Naftali Bennett who is traveling abroad) have signed on to the pledge.

Netanyahu has until October 24 to form a government after deadlocked elections, but he is struggling to form a majority coalition.

His main rival Benny Gantz and his centrist Blue and White alliance have suggested Likud members abandon their longtime leader in favor of someone else in order to form a unity government, but the party is standing by Netanyahu. 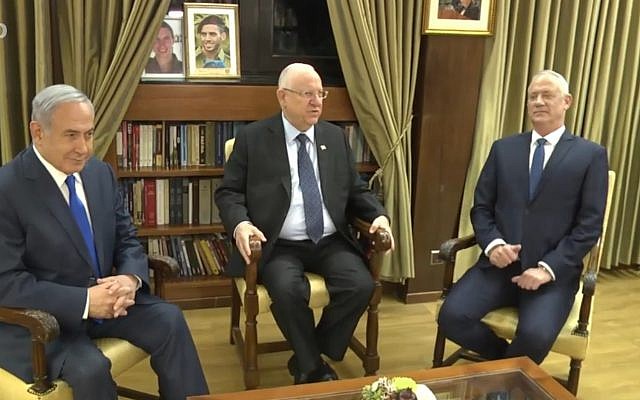 Netanyahu was tasked by Rivlin with trying to form a government based on the strength of his pact with right-wing and ultra-Orthodox parties to negotiate as a bloc of 55 MKs. Gantz heads a bloc of 54 MKs from the center, left and Arab parties, but the 10 Arab MKs in that group would not join a Gantz-led coalition.

Neither candidate has a clear path to a 61-strong Knesset majority without the other.

If Netanyahu fails, President Rivlin is expected to give Gantz 28 days to try to form a government.