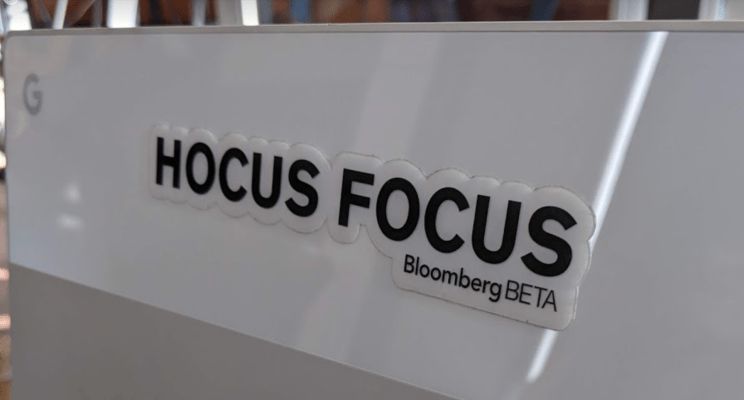 Bloomberg Beta, a San Francisco-based outfit that uses Bloomberg LP’s money to make bets on startups, has closed its third fund with $75 million, according to Roy Bahat, who’d previously run the online media company IGN and who operates the fund as an equal partnership with Karin Klein and James Chan. (Klein formerly ran Bloomberg’s new initiatives; Chan was formerly a principal with Trinity Ventures.)

We talked with Bahat briefly last night about the new vehicle to ask how its capital will be deployed. Bahat stressed that the idea is to continue on the firm’s current path, which is to write checks of between $500,000 to $1 million initially; to loosely target ownership of around 10 percent in the startups it backs; and to fund companies that are focused on the future of work, which has long been an area of interest for Bahat and his colleagues.

That can mean an instant messaging platform like Slack, in which Bloomberg Beta had and continues to have a small stake, following its direct offering. It can also mean backing a company like Flexport, a San Francisco-based freight forwarding and customs brokerage company that appears to be among Bloomberg Beta’s biggest bets. (According to Crunchbase, the outfit has backed Flexport —  valued most recently at $3.2 billion — at its seed, Series A, and Series B rounds.)

What it won’t back: financial tech startups. Given where its money comes from, it’s “too close to home,” says Bahat.

In late August, California Governor announced that Bahat would be part of his Future of Work Commission, which will be “tasked with making recommendations to help California leaders think through how to create inclusive, long-term economic growth and ensure workers and their families share in that success.”

As part of his role on that commission, and as an investor in some companies that cater to independent contractors, we asked Bahat what he makes of AB5, the new California law for contract workers that aims to address inequality in the workplace but has been met with resistance from numerous industries and players. Uber, Lyft and DoorDash are even preparing to file a ballot initiative to exempt themselves from the law.

Bahat suggested he’s not sure what to think quite yet, either. “How workers get classified is one of live issues” that the commission will be studying, he said.

“We haven’t figured out how to make it all work; this story is still unfolding.”