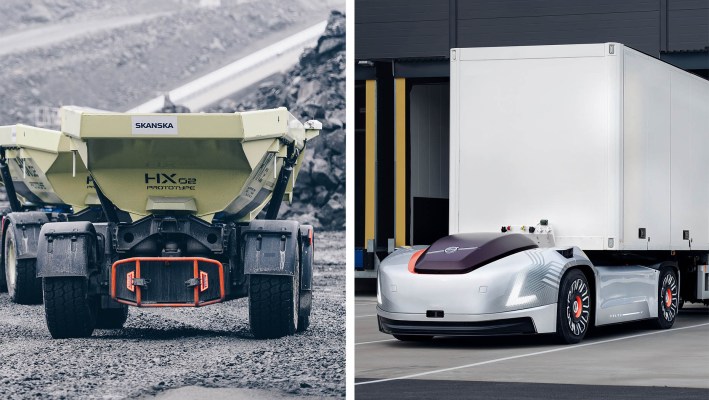 Volvo Group has established a new dedicated business group focused on autonomous transportation, with a mandate that covers industry segments like mining, ports and moving goods between logistics hubs of all kinds. The vehicle maker has already been active in putting autonomous technology to work in these industries, with self-driving projects including at a few quarries and mines, and in the busy port located at Gothenburg, Sweden.

The company sees demand for this kind of autonomous technology use growing, and decided to establish an entire business unit to address it. The newly-formed group will be called Volvo Autonomous Solutions, and its official mission is to “accelerate the development, commercialization and sales of autonomous transport solutions,” focused on the kind of transportation “where there is a need to move large volumes of goods and material on pre-defeined routes, in receptive flows.”

Their anticipation of the growth of this sector comes in part from direct customer feedback, the automaker notes. It’s seen “significant increase in inquires from customers,” according to a statement from Martin Lundstedt, Volvo Group’s President and CEO.

Officially, Volvo Autonomous Solutions won’t be a formal new business area under its parent company until January 2020, but the company is looking for a new head of the unit already, and it’s clear they see a lot of potential in this bourgeoning market.

Unlike autonomous driving for consumer automobiles, this kind of self-driving for fixed route goods transportation is a nice match to the capabilities of technology as they exist today. These industrial applications eliminate a lot of the chaos and complexity of driving in, say, urban environments and with a lot of other human-driven vehicles on the road, and their routes are predictable and repeatable.