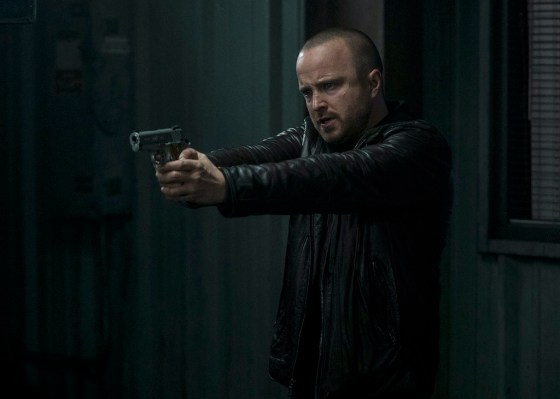 When a TV show gets turned into a movie, it often represents a big change of pace, with a standalone plot, a bigger budget, all made for a bigger (or at least more casual) audience.

“El Camino: A Breaking Bad Story” — which premiered a week ago on Netflix —doesn’t take that approach at all.

Far from telling a new story or serving as jumping on-point for new viewers, “El Camino” functions more like a two-hour epilogue to the existing show. It appears to have been made exclusively for existing “Breaking Bad” fans who were wondering about what happened to Aaron Paul’s character Jessie Pinkman after the series finale.

As we acknowledge in the latest episode of the Original Content podcast, Jordan is the only regular OC host who’s actually seen the entirety of “Breaking Bad.” And she was reasonably satisfied with the film, feeling that it had some of the same strengths as “Breaking Bad” — though it didn’t quite capture the strong character development and elaborate plotting that made the series great.

Darrell, meanwhile, gets a chance to explain why he’s so resistant to “Breaking Bad,” and why nothing in “El Camino” changed his mind.

In addition to our review, we discuss Netflix’s latest earnings, in which which the streamer reported better-than-expected profits, despite still-sluggish subscriber growth in the United States.

And if you want to skip ahead, here’s how the episode breaks down: