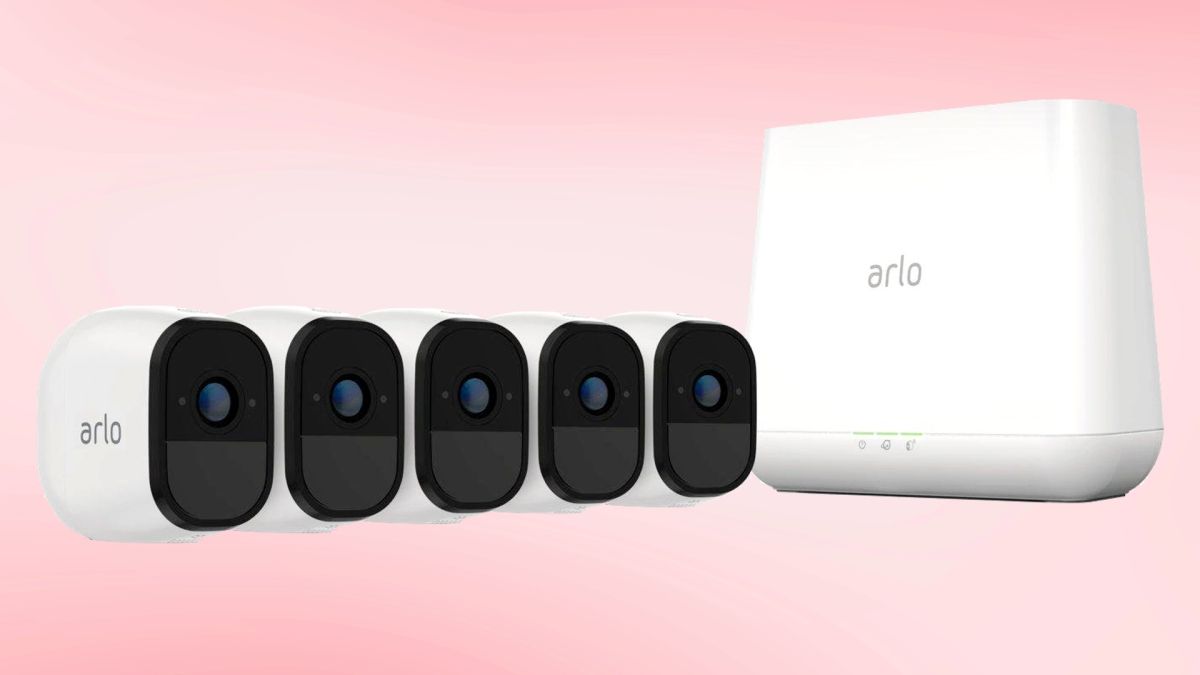 Buying a smart security camera is a great way to fortify your home, whether you want to ward off intruders or just keep an eye on your kids while they’re playing outside – but it can be expensive.

It doesn’t have to be though, as proven by these fantastic Arlo deals from Amazon,  seeing the price of Arlo security cameras and starter kits slashed by 45% – in some cases, leading to savings of £450.

Ranging from deals on a single Arlo Pro indoor/outdoor camera to huge smart home security systems, there’s something for everyone in this almost-too-good-to-be-true promotion from Amazon.

Whether you want to deck out your home with five cameras or simply add an additional camera to your existing base station, all Arlo Pro cameras work indoors and out, and work with Alexa, which means you can cast your camera’s view to your Amazon Echo Show or Echo Spot with your voice alone.

The Arlo Pro is completely wire-free, and comes with two-way audio so you can speak to whoever is in the vicinity of your camera. You also get a rolling seven days of free cloud recordings, so you can view the past week’s footage as well as your camera’s live stream via the app.

With Black Friday and Cyber Monday coming up, you may be wondering whether you should hold on until November to buy a new security camera. It’s true that some of the best Amazon Black Friday deals won’t start appearing until the latter half of the month, but these are the lowest Arlo Pro prices we’ve ever seen – so, if you need a security camera fast, we’d recommend going for it, especially as these deals will expire on October 31.