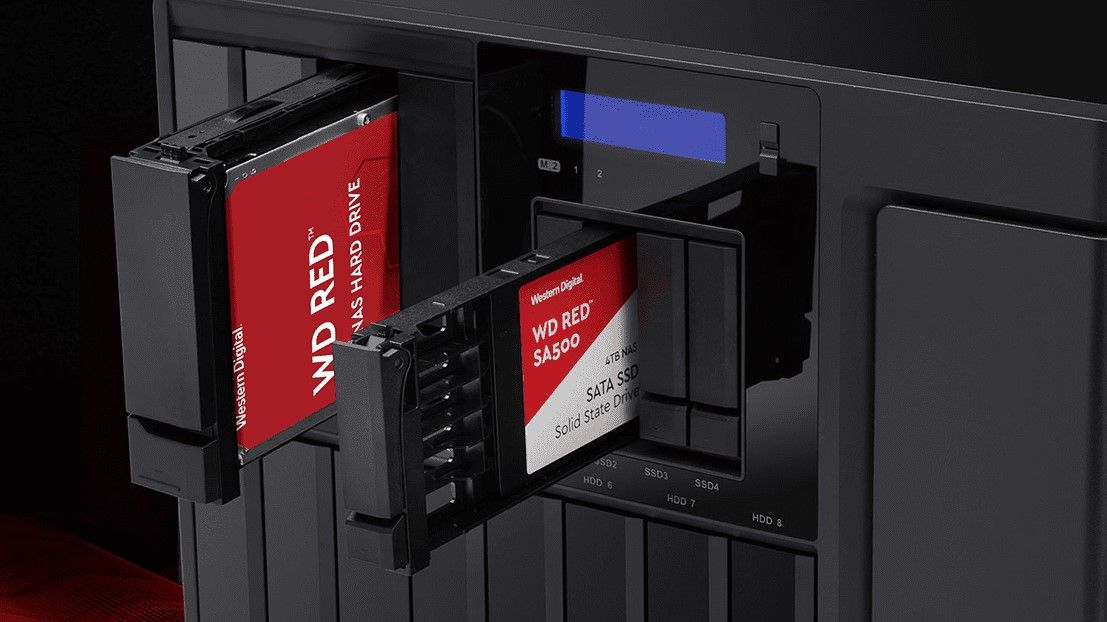 Western Digital has announced that it will add three new NAS drives to its WD Red product line with the aim of delivering improved performance, durability, capacity and accessibility for small businesses and home offices which rely on NAS drives for their storage needs.

These new drives include the first-ever WD Red SSDs that enhance performance and caching abilities in a hybrid NAS environment as well as a 14TB storage option for both its WD Red and WD Red Pro HDDs.

As virtualization has seen increased adoption, 10 Gigabit Ethernet and higher connectivity speeds are quickly becoming an essential feature set in modern NAS systems which is why Western Digital has developed the first WD Red SSDs to help minimize performance bottlenecks.

The WD Red SA500 helps to boost performance when utilized as a caching solution in a NAS system while the new higher capacity WD Red and WD Red Pro HDDs are able to offer more storage space in the same NAS device.

“A boost in performance for NAS systems can translate to more content in less time, so creators or small businesses can work more efficiently to increase output and, as a result, potential income. Our higher capacities coupled with optimized endurance in the WD Red portfolio are making room for larger files and reducing storage bandwidth-induced stress. For creators working on large projects over time, the latest WD Red SSD solution enables a hybrid NAS environment where the SSD can serve as a caching mechanism for both large and frequently accessed files.”