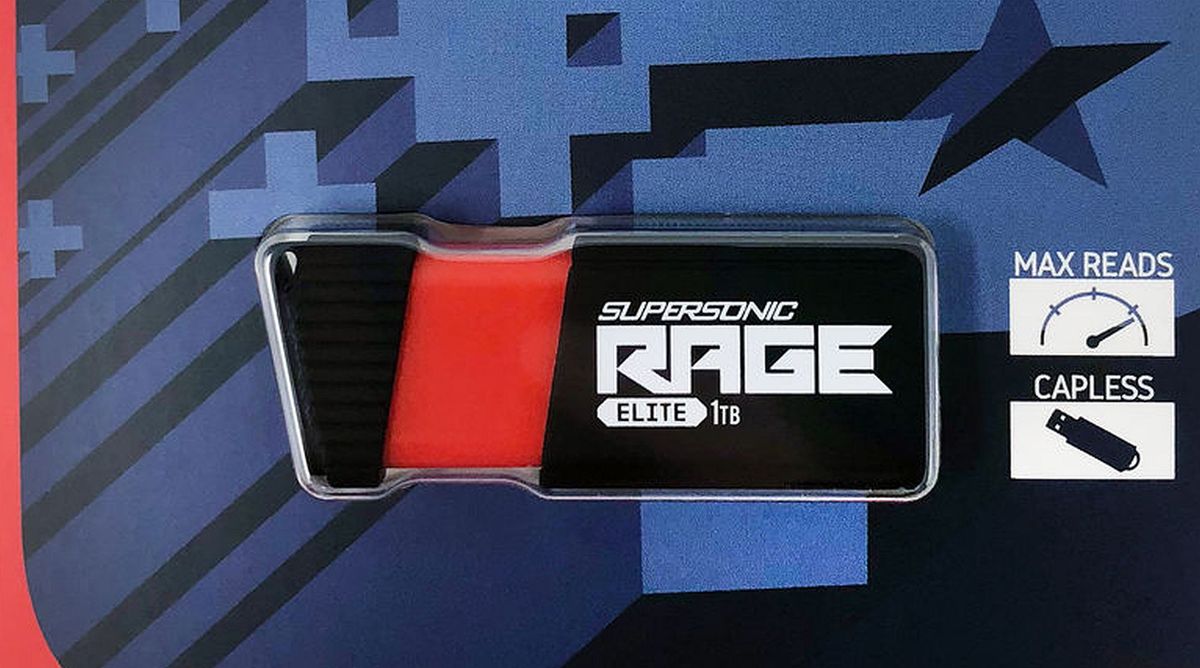 Patriot does a lot of things; solid state drives, gaming keyboards, gaming mice, headsets as well as RGB memory modules. It’s a popular brand and one that has been well received by reviewers (including us).

However, unbeknown to many is that they have a USB flash drive brand (AKA thumb drives) that is nothing short of exceptional for two reasons.

First, its flagship model, the 1TB Supersonic Rage Elite (PEF1TBSRE3USB) is one of the cheapest 1TB USB flash drive units on the market. At the time of writing, it was the most affordable one, costing a mere $140 at Amazon.

The bonus is that Amazon would ship it outside of the US for an additional, reasonable fee (e.g. +$34.08 including shipping and import fees).

Buy it while you can as it is unlikely to get cheaper for Black Friday 2019.

An alternative to cloud storage

Then, there’s the little known fact that it is an extremely fast drive, one of the fastest on the market with a read speed of up to 400MBps and a write speed of up to 300MBps.

It has a rubber coated housing which should protect it from most bumps, its retractable design means there’s no cap to lose, it has an LED light indicator and comes with a three-year warranty.

Bear in mind that you need to have a USB 3.0 connector to make the most of out it; this is a USB 3.1 Gen 1 rather than a real USB 3.1 (which is now USB 3.1 Gen 2). And while demand for flash drives may have fallen due to the popularity of microSD cards and cloud storage services, they do represent with a great alternative to either of the aforementioned solutions.