The best scary movies to stream in Australia this Halloween

Looking for a monstrously good time this Halloween but don’t want to leave the house? Well, what better way to celebrate this positively ghoulish time of year than to cosy up on the couch (or behind it) and have your own horror movie marathon?

Video streaming services is more popular than ever in Australia, and that means Aussie horror fans now have quick and convenient access to a huge variety of genre favourites and newcomers.

Here are our recommendations for the most frightfully entertaining horror movies currently streaming on Australian SVOD services. 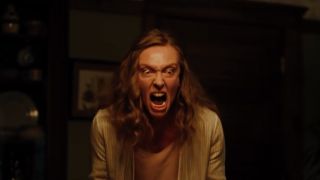 Horror fans know an instant classic when they see one, and writer-director Ari Aster’s debut film Hereditary is exactly that. A film that chills to the bone, Hereditary follows a troubled family that’s haunted by the dark secrets of its own ancestry. Australia’s own Toni Collette gives a revelatory performance as Annie, a mother who’s driven to uncover her family’s cryptic past after an immensely tragic occurrence leaves them devastated. Trust us when we tell you that Hereditary is quite disturbing – there are moments of horror in the film that will leave you utterly speechless, while other scenes lean into truly uncomfortable darkness that’s seldom explored in this type of film. While it can be a tough watch at times, Hereditary is a rewarding and immaculately-crafted horror experience that’s well worth taking. 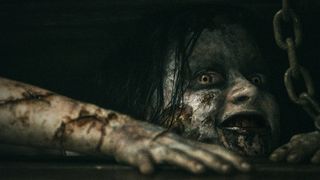 The remake to the classic splatter flick The Evil Dead, this 2013 version takes the series in an even gorier direction than before. Director Fede Alvarez (Don’t Breathe) ratchets the tension by leaving out the slapstick comedy that the series ended up embracing from Evil Dead II onwards. Though no one in the cast can fill the Bruce Campbell-sized void left behind by the star’s absence from this particular entry, the film is a slime-covered blast that puts its actors through hell regardless – just the way it should be.

The Cabin in the Woods 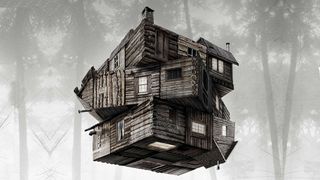 From Joss Whedon (Buffy the Vampire Slayer, The Avengers) and Drew Goddard (Cloverfield, Marvel’s Daredevil) comes an extremely-meta take on a well-worn  horror scenario. It all starts as you’d expect – a group of young people (including a pre-Thor Chris Hemsworth) take a break from college to go relax at a ‘cabin in the woods’ and before long, all hell breaks loose. What these kids don’t know, however, is that a secret organisation is behind all of the horrors they’re experiencing. To reveal any more than that would ruin the film’s many surprises, so trust us when we say that The Cabin in the Woods is clever, hilarious, gory and a must-see for any self-respecting horror fan that wants to see their genre expectations flipped.

Watch The Cabin in the Woods on Netflix 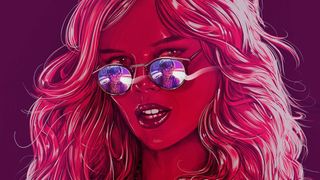 Before she kicked butt in the 2019 scare flick Ready or Not, Australia’s own Samara Weaving starred in the demented Netflix Original horror comedy The Babysitter, from director McG (Charlie’s Angels). It’s not uncommon for young people to develop a crush on their babysitter, but what happens when that sitter turns out to be a sadistic, devil-worshipping killer with a group of equally psychotic friends? Gory and funny in equal measure, The Babysitter is destined to become a Halloween sleepover favourite amongst teenagers.

Watch The Babysitter on Netflix 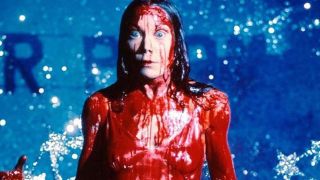 Though it was remade a couple years back, the original Carrie, directed by Brian De Palma, is a horror masterpiece that has the distinction of being the first movie adapted from one of Stephen King’s novels. Thanks to a religiously domineering mother (Piper Laurie), Carrie (Sissy Spacek) is a social outcast at school. Relentlessly tormented at home and at school, Carrie starts developing telekinetic powers as a means of defence. Things start looking up for Carrie when the most popular guy in school (William Katt) asks Carrie to go to the prom with him. However, her classmates have planned a prank on her on prom night that is sure to have explosive consequences. Featuring a young John Travolta in his first film role, Carrie is one of the best horror movies ever made. 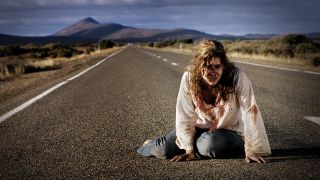 A movie that has likely made countless tourists hesitant to travel across the Outback, Wolf Creek became a global sensation when it released back in 2005, with its memorably-ocker killer Mick Taylor (John Jarratt) gaining immediate admittance to the horror villain ‘hall of fame’ thanks to his bloodlust and his sick sense of humour. Loosely based on the Ivan Milat killings and the Bradley John Murdoch murder of English tourist Peter Falconio, Wolf Creek is a nail-bitingly intense horror film that some people may find hard to stomach. 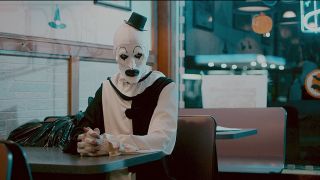 Scared of clowns? Terrifier’s Art the Clown makes Pennywise look like Ronald McDonald. Set on Halloween night, Terrifier sees a homicidal clown named Art terrorise helpless victims in an old, rundown tenement building. Sure, it’s not the most original plot of all time, but it’s quite effective. One kill in particular will make even the most hardened horror fans wince (seriously, this film is not for the squeamish). While Terrifier has a relatively low budget compared to the other horror films on this list, it actually grants the film a creepier, more unsettling vibe. Some of acting from the victims is a little questionable, but the totally-silent character of Art is consistently terrifying, making Terrifier the perfect title for this grimy little horror flick. 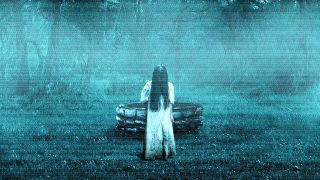 We aren’t normally that keen on US remakes of classic foreign horror films around these parts, but director Gore Verbinski (Pirates of the Caribbean) knocked it out of the park with The Ring, an English-language take on the classic Hideo Nakata-directed J-horror, Ringu. The premise is simple: there’s a cursed videotape that will kill you seven days after watching it. Unfortunately, the young son of journalist Rachel (Naomi Watts) has watched the video, and now she must unravel the mystery behind the tape if she has any hope of keeping her child alive. Truly skin-crawling, The Ring is one of the best horror remakes of all time.

Watch The Ring on Stan 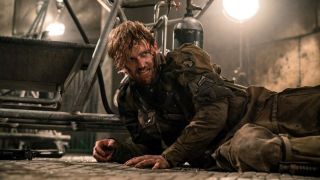 Feeling a bit like Re-Animator crossed with Wolfenstein, the J.J. Abrams-produced horror flick Overlord sees a group of American soldiers in WWII go behind enemy lines in Nazi-occupied France only to discover that the Third Reich is creating super soldiers from dead prisoners. Intense, relentless and filled with action-packed mayhem, the Aussie-directed Overlord isn’t afraid to get gory in its quest to freak out audiences. 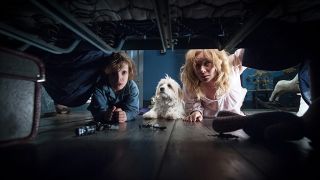 Another homegrown horror film for the list, The Babadook is one of the most critically-acclaimed horror films released in the last few years, making a huge splash overseas and winning a number of awards in the process. After losing her husband in a terrible accident, a mother has to come to grips her young son’s intense fear of a (twisted) children’s book monster that he believes is terrorising him. Though she dismisses his stories at first, his horrified reactions start to intensify, and before long, this evil presence known as The Babadook aggressively comes after her. Original, unpredictable and legitimately scary, The Babadook taps into every child’s most primal fears, regardless of their age. 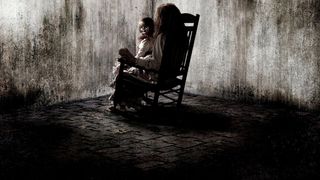 From Aussie director James Wan (Saw, Insidious) comes this spooky story of a family terrorised by a demonic presence. Inspired by (supposedly) true events from the lives of paranormal investigators Ed and Lorraine Warren, The Conjuring is a non-stop ‘frightmare’ that will have you covering your eyes on more than one occasion. And, if you enjoy this film, you can also follow it up with the equally-terrifying sequel, The Conjuring 2 – also available to stream on Netflix.

Watch The Conjuring on Netflix 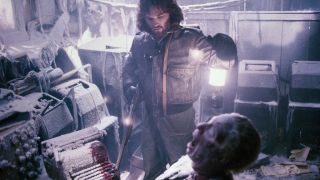 An alien film that was underappreciated at the time of its release in 1982 (you can blame Steven Spielberg’s warm and fuzzy E.T. The Extra-Terrestrial for that), John Carpenter’s The Thing has since earned the distinction of being considered an undisputed masterpiece of horror cinema. A cold and gruelling film, The Thing deals with an American research team in Antarctica who is being hunted by a grotesque shapeshifter. Able to perfectly mimic any person or creature, it becomes impossible for anyone in the team to be trusted, leading to a highly paranoid atmosphere with no escape. Featuring incredible horror makeup effects from Rob Bottin and a terrific cast of actors that includes Kurt Russell, Wilford Brimley and Keith David, The Thing is required viewing for any horror fan.

Watch The Thing on Netflix 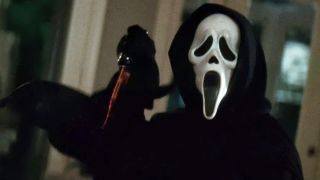 “What’s your favourite scary movie?” asks Ghostface, the mysterious killer in director Wes Craven’s Scream series, which sees horror film obsessed killers repeatedly stalk and attempt to murder Sidney Prescott (Neve Campbell) and her friends over the course of four films. The first (and undoubtedly best) film single-handedly revitalised the flagging horror genre upon its release in 1996, inspiring movie countless imitators in the process. What many of those films lacked, however, is a clever and biting ‘whodunnit’ script which somehow manages to parody well-worn horror conventions while simultaneously paying respect to them. To answer Ghostface’s question, yes we do like scary movies – particularly this one. 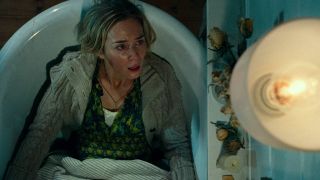 An edge-of-your-seat thriller, A Quiet Place manages to make total silence suspenseful as hell. This is because the film sees its characters pursued by blind creatures that hunt solely by sound. After losing a young child to these creatures, a young family, led by John Krasinski (Jack Ryan) and Emily Blunt (Sicario), must learn to remain completely silent at all times – even in the face of extreme danger. Krasinski, who also writes and directs the film, cranks up the tension in every single quiet moment – every tiny creak or noise could lead to the characters’ deaths, forcing the audience to also sit in silence and play close attention. That sounds pretty good to us. 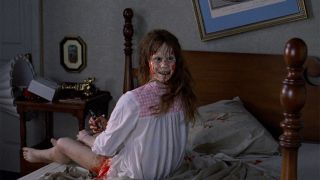 Considered by many to be the scariest film of all time, The Exorcist sees teenage girl Regan (Linda Blair) become possessed by the devil, leading her desperate mother (Ellen Burstyn) to seek the help of two priests (Max von Sydow and Jason Miller) who will attempt to expunge this evil entity. Oscar winning filmmaker William Friedkin (The French Connection) directs the hell out of The Exorcist, presenting the story’s rapidly escalating horror with complete and utter effectiveness all the way until the film’s unforgettable climax.

Watch The Exorcist on Netflix