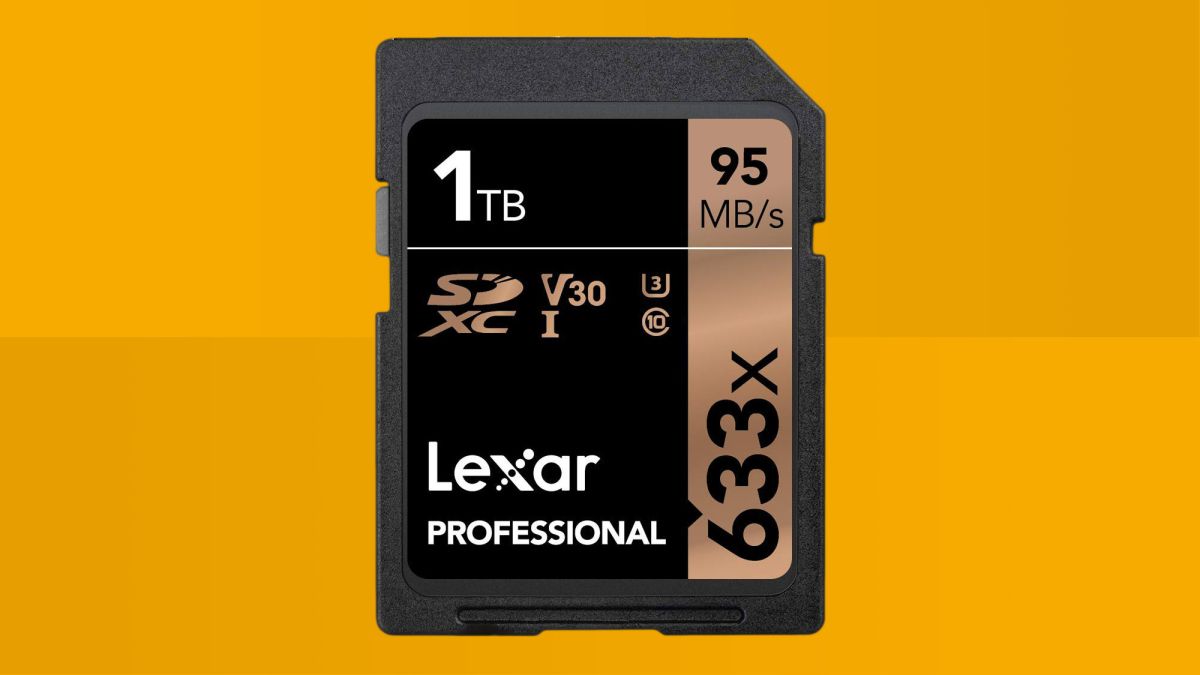 Amazon has cut the price of the Lexar Professional 633X 1TB SDXC memory card from $400 to $279 in a standout storage deal.

Announced in January 2019, it is the cheapest way to get a 1TB memory card right now and compares favorably with the $440 that the  1TB version of the Sandisk Extreme, the most affordable 1TB microSD card costs. You can’t use a SDXC in your smartphone but you can on your camera (usually) and in your laptop.

It still carries a premium (although not that massive) over smaller capacities. The 128GB version for example retails just under $20, 57% of its per GB price.

The card (officially known as the LSD128GCB1NL633) comes with a lifetime warranty (US-only) and 10 years of cover everywhere else  Lexar says that it can withstand extreme temperatures and has a built-in write protect to safeguard your content, but there’s no news if it is waterproof, shockproof and X-ray proof like some of its competitors.

With a read speed of up to 95MBps, the Lexar Professional is compatible with the new V30 speed class and should record videos at 4K without a hitch.

There are several other major players that are currently selling 512GB microSD cards, including the likes of Samsung, Kingston, PNY and Integral – but none have confirmed when they will offer a 1TB version.

For now, Micron and Sandisk are the only other manufacturers to have already announced a 1TB microSD card; with the former reportedly set to go on sale before the end of the month.