F1 live stream: how to watch today’s US Grand Prix 2019 online from anywhere

Today could well be the day that Lewis Hamilton secures his sixth drivers’ title at the US Grand Prix. He only managed to be the fifth fastest driver in qualification, but just a few points will be enough. Can the Mercedes man do it? You can find out with an F1 live stream of the event from wherever you are.

The United States is the venue for the nineteenth Grand Prix of the 2019 F1 season, with a challenging track 3.4 miles/5.5 km long that speeds its way around the Circuit of The Americas in Austin, Texas.

The United States Grand Prix was voted the best race of 2018 on the official F1 site. As if that wasn’t enough to set expectations high for 2019, this could be the race that lets Hamilton take his sixth title, making him an elite driving legend. This is going to be an intense race.

Now Sebastian Vettel and Charles Leclerc of Ferrari can only hope to grasp second and fourth places respectively. Last year saw Kimi Raikkonen win this race for Ferrari but the four years before that were all Hamilton wins, with Vettel before that in 2013. The year before that, in 2012, Vettel set the track lap record at 1:39.347, but Hamilton ultimately won that race, too!

Lewis Hamilton – at 363 points – now has a 74-point lead lead over teammate Valtteri Bottas, with only three races and a total of 78 points still available to any one driver.

You can see all the exciting racing using an F1 live stream from anywhere in the world – here’s how.

How to watch the US Grand Prix from outside your country

To see how you can stream F1 live from the US Grand Prix in the UK, Australia, the US, Canada and New Zealand, then scroll a little further down this page to see the broadcast options. But if you try and tune in to your native stream from outside your country, you’ll quickly discover that it’s geo-blocked.

That’s where a VPN can come in really handy. It’s a piece of software readily available to download and install that allows you to simulate the IP address on your laptop (or mobile phone, tablet, streaming device, console, etc) so that it appears to be in a completely different country. Ideal, assuming that it doesn’t breach any Ts&Cs from the broadcaster you’re trying to tune in to.

That might sound complicated, by VPNs – or Virtual Private Networks – are actually surprisingly easy to operate. Simply select one of our top three best VPN picks below (or opt straight for our number one favorite ExpressVPN), open it up and pick out your country of choice from the ‘choose location’ menu, and then start watching as if you were sat back at home. Easy!

Sign up for ExpressVPN now and enjoy a 49% discount and 3 months FREE with an annual subscription. Or give it a try with its 30-day money back guarantee. It’s fast, secure, easy to use and works across pretty much any mobiles device and streaming box you can think of.

How to live stream US Grand Prix in the UK 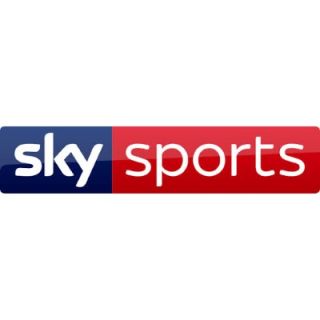 Sky Sports F1 has all the coverage exclusively this year, so ideal if you’re already subscribed to Sky Sports. Using the Sky Go app will let you watch on various other devices, too, including laptops, Apple and Android mobile devices and via your PlayStation or Xbox.

If you don’t want to subscribe to Sky just to watch this Grand Prix, then you can grab a Now TV Sports Pass instead. It costs £9.99 per day or £34 for a whole month.

Not in the UK this weekend? Fear not, check out our advice on using a VPN above, and it will let you watch the UK coverage from wherever on Earth you are.

How live stream US Grand Prix 2019 in Australia

The action will be shown on the paid-for services that will be showing the rest of the Formula 1 races this year – Fox Sports and Kayo Sports. The Kayo Sports Basic Package costs $25 per month and allows users to stream across two devices simultaneously. Alternatively, the service also offers a Kayo Sports Premium Package, which provides three concurrent streams for $35 per month.

Their apps mean you can access this from your chosen device wherever you are (although you’ll need a VPN if you’re taking that abroad).

Watch the US Grand Prix in the US: live stream F1

In the US, ESPN has the rights to show the F1 live (using Sky’s UK coverage). That’s great news if you have cable, but if you’re a cord-cutter you could try a free trial to another streaming service like Sling and Fubo and watch on there.

Out of the US and want to watch the coverage? No worries – just use a VPN and register to a location showing the race.

RDS and TSN have the rights to show the Formula 1 north of the border in 2019. Alternatively, you could try services like Sling or Fubo which have free trials and don’t require cable.

For those travelling, you can use a VPN to change your virtual location and still enjoy the race as if you were back in Canada.

How to get an F1 live stream in New Zealand

Just like in the UK, Sky Sports has bagged exclusivity to show all 2019 F1 live streaming. As you’ll no doubt be aware, it doesn’t come cheap. But there are ways of getting some cheap access.

You should be able to get a Fox Sports package via a great offer if you want to enjoy it for less. The Foxtel Now app works with this, so you can live stream to your preferred device – anywhere using a VPN.