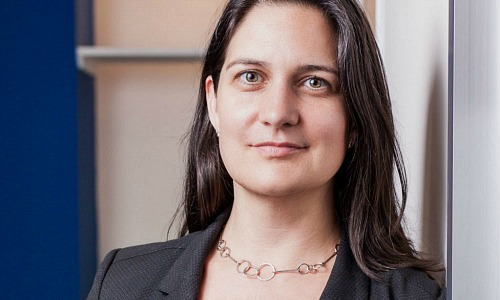 If a financial institution wants to make a loan to an individual or business without a credit history — often the norm in developing economies — they must turn to non-traditional metrics to anticipate the risks, but the results can be spotty.

In Kenya, where mobile credit has exploded over the last several years, many lenders initially relied on airtime borrowing data to assess credit risks. Prepaid mobile customers who lack funds can easily acquire additional talk time and mobile data from their telecom providers on credit.

«The initial innovators who were using m-Pesa and mobile airtime-use data to try to score people, they made some assumptions,» said Tamara Bullock Cook, the CEO of Financial Sector Deepening (FSD) Kenya, at the Singapore Fintech Festival this week. M-Pesa — where m stands for mobile and pesa is Swahili for money — is a mobile-phone-based money transfer and micro-financing service.

Lenders assumed that if a consumer could repay airtime loans, then they must be a good credit risk. But the opposite turned out to be true.

«Borrowing airtime is negatively correlated with their ability to repay a loan,» said Cook. «You can start out with an idea of what the data is going to say, but you don’t actually find out until you lend to people whether it’s going to work.» Pushing people into bank accounts can help create opportunities to access credit down the road by giving lenders more data to work with.

Nearly a quarter of the world’s population, some 1.7 billion people, do not have access to traditional banking systems. The number of ‹unbanked› has fallen sharply in recent years, thanks to rising smartphone penetration and fintech applications. Government initiatives have helped as well.

For example, India stopped making transfer payments via middlemen, requiring instead that farmers receiving crop subsidies, unemployment insurance beneficiaries and others, open a bank account. Five years ago, the Indian government also introduced biometric identification cards to ensure that payments are made to the right account holder.

The proportion of Indians with a bank account jumped from just a little more than a third in 2011 to 80 percent today, according to World Bank data. This dramatic increase in savings activity is creating more traditional forms of data that banks can use to determine credit risk.

«You now have people who have been in the banking system for seven years. You have their income history and their spending behavior,» explained Neelam Dhawan, an IT industry veteran who sits on the board of ICICI Bank. «Now is the time for banks to say ‹I have the liability accounts. I’ll go and convert them into assets. How do I link to these people?›»

Dhawan argued that traditional financial institutions have a large opportunity as their interest rates are significantly lower than those of micro-financiers. Indian banks charge 12 percent to 18 percent per annum, while non-banking institutions demand twice that.

Unlike Europe and the United States, «emerging markets are becoming data-rich before they become economically rich,» observed Deepak Sharma, the chief digital officer at Kotak Mahindra Bank. «How do we use this data to serve people?»

Artificial intelligence is one possible answer. Indian banks are beginning to analyze customer data with AI programs to determine credit risk and the best ways to market new products.

«Data has revolutionized everything we’ve done, but we need to take it with a grain of salt,» cautioned Ambareen Musa, the founder and CEO of Souqalmal.com, a financial website and service provider based in Dubai. «Whether it’s based on AI or not, what we have to remember is that when we see data analysis results, what you put in is what you get out.»