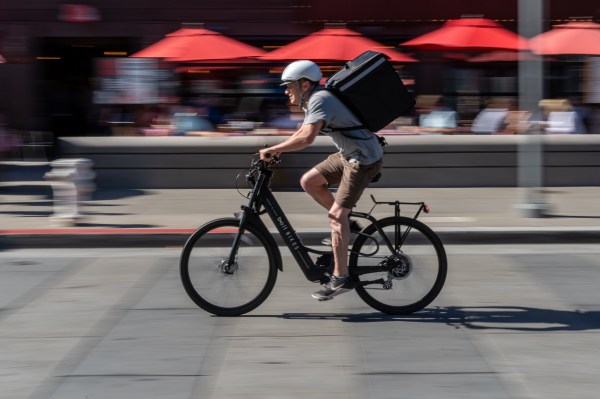 Bolt Bikes, the Sydney, Australia-based startup founded in 2017, is taking its electric bike platform designed for gig economy delivery workers to the U.S. and UK.

The company is expanding on the heels of a $2.5 million seed round led by Maniv Mobility, European e-mobility firm Contrarian Ventures, individual investors and former executives of Uber and Deliveroo. The company was founded by Mina Nada, former Deliveroo and Mobike executive) and Michael Johnson, a former Bain & Co executive.

Bolt Bikes now provides its flexible subscriptions, which include vehicle servicing, in Sydney and Melbourne, Australia, San Francisco and London. The company sells its electric bikes. But the main premise is to rent them out for commercial use. The electric bikes are rented on a week-to-week contract for $39.

“Being in the food delivery industry since its inception, we saw that light electric vehicles were the real future of ‘last mile’ logistics, yet no-one was offering the right vehicle, financing or maintenance solution,” Nada said in a statement.

Bolt Bikes has piqued the interest of more than investors. Postmates has been piloting a Bolt Bikes rental program in San Francisco since June.

And the company has aspirations to increase its fleet and to expand to more cities in the U.S., UK and Australia.