Google Stadia Review: It’s Getting There 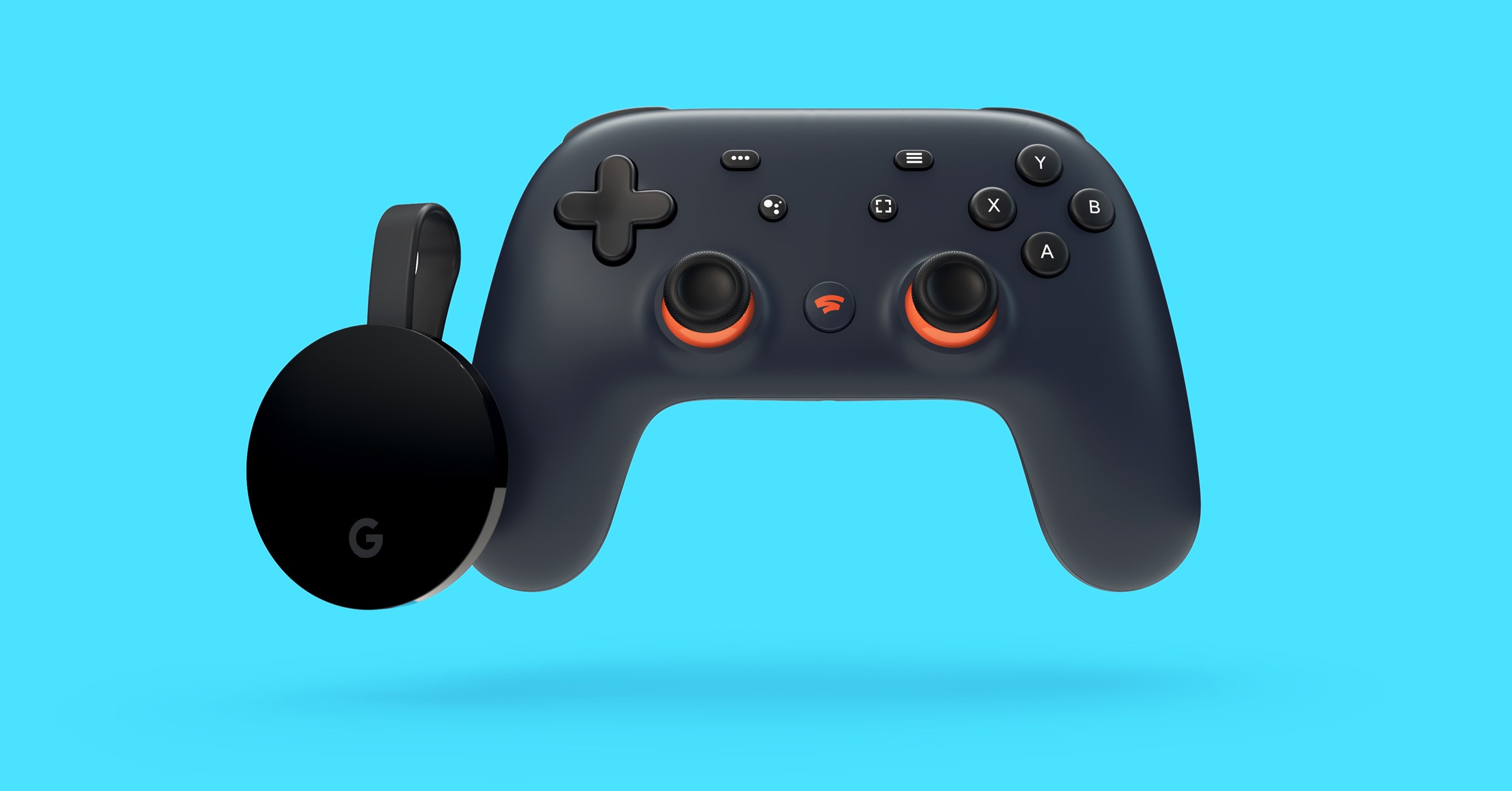 Gaming on PC has always been an expensive hobby. Growing up, I used to dream about being able to afford a real gaming computer. Our family PC was running Windows 3.1 well into the heyday of Windows 98. I used to tear pages out of PC Gamer, and even WIRED magazine, and pin them to my wall the same way boys did with sports cars—except my Lamborghini and Ferrari were Falcon Northwest and Alienware. To that young girl, and every other kid like her, Google Stadia would seem like magic. It’s a lot easier to sell your parents on $10 a month than it is to convince them that several thousand dollars’ worth of gaming hardware is a worthwhile investment.

Stadia is Google’s first deep foray into the world of gaming. It’s part game console, part streaming service—like Netflix but for videogames. For a single subscription fee of $10, Google promises to stream PC-quality games to practically any device that can run a web browser. That’s one hell of a promise. If Google can pull it off, Stadia is positioned to substantially lower the financial barriers to PC and console gaming.

Google is not the first company to design this kind of service. OnLive, PlayStation Now, even Nvidia have tried—and mostly failed. The difference here is what I like to call the Apple phenomenon. Apple didn’t invent the MP3 player, but it sanded off all the edges and made a really good MP3 player. That’s what Google aims to do here for streaming games.

If Google has its way, PC and console gaming are about to become more accessible to millions of users, and that’s an incredible feat no matter how you slice it. But as always, there’s a catch.

The promise of Stadia is that you can play your games anywhere. You could do it right now, on your work or school laptop, just as easily as you’d sign into Gmail. The service lets you stream games over the internet like you might watch a YouTube video—no downloading required, no pesky updates.

You don’t really need to buy anything, either. You just need a Stadia subscription and a compatible device. You can play on a TV with a Google Chromecast Ultra attached, a Google Pixel phone, any computer with a Google Chrome browser. That means, essentially, that you decide how much you want to invest in the Stadia ecosystem.

Big spenders who want a console-like experience can buy the Stadia Premiere Edition, which includes a Chromecast Ultra, a Stadia controller, three months of Stadia Pro (more on subscriptions below), and one additional game, for $129.

The Premiere Edition’s official Stadia controller is great. It’s a familiar design, a hybrid of the Xbox One and PlayStation 4 controllers with soft rounded edges and a pleasantly textured surface. The buttons are snappy and the joysticks feel smooth. After a while, I’ve begun wishing I could use it with more than just Stadia games. It doesn’t beat my current favorite, the Nintendo Switch Pro controller, but it’s at least as good as a DualShock or Xbox One gamepad.

How It Works (and Doesn’t)

The Stadia service is out now if you buy the Premiere Edition, but it’s still in an early access period. In February 2020, the service launches for real. When it does, it will have a tier with no subscription fee where users can buy games (currently they’re about $60 apiece, but Pro subscribers often get discounts) and stream them at 1080p and 60 frames per second. For $10 a month, the Pro tier will offer access to a roster of free games slated to grow regularly. Right now it just includes Destiny 2.

With Stadia Pro, you can play games in 4K HDR, with all the graphics settings cranked up to max no matter what kind of hardware you’re running (as long as it’s a compatible device). That’s possible because you’re not actually playing the game on your device. A Google server farm is running the game and streaming the video output to your TV, web browser, or Pixel phone. You don’t have to download anything; it just streams like a YouTube video, albeit one you control. This has some serious consequences for the gameplay experience, though.

For instance, one of the launch titles on Google Stadia is Mortal Kombat 11, and it’s a bizarre choice. Fighting games are notoriously finicky when it comes to latency. It’s already frustrating to play a fighting game online because any lag means botched combos or mistimed reactions. When you add on the few extra milliseconds Stadia requires to communicate with its servers, there’s a substantial lag between your button press and the punches, kicks, and blocks you execute.

Even under ideal conditions (fiber connection, directly plugged into the router, 4K HDR OLED TV), there is a noticeable difference between playing a game on Stadia and running the game on local hardware, like a PC or PS4. There’s a certain clarity, depth, and sharpness you get when a game is rendered in real time, and that’s absent with a stream, no matter how high quality it is.

With Stadia, games sometimes look like you’re watching an ultrahigh-resolution gameplay video rather than actually playing the game yourself. They look drab. If you want to understand, go watch this video, make it fullscreen, set the quality to the highest your display can support. This is what it looks like to play games on Stadia. It’s better quality than you’d get trying to play a game on mid-tier hardware, but not quite as crisp and crystal-clear as it would be if you played it on a really nice display. Stadia excels in that middle ground just shy of ultrahigh-def.

Despite these deficiencies, I did find myself dipping into Destiny 2 on a humble Chromebook instead of one of the dedicated gaming laptops I’ve been testing for other reviews. Having an 11-inch Chromebook on my lap is kind of nice, and that’s another advantage here: Stadia doesn’t generate any heat. Well, not any more heat than watching YouTube does. That’s huge. Gaming laptops usually heat up your lap to uncomfortable levels, but that doesn’t happen here because the hardware isn’t working overtime to render the game. A Google server farm is doing that. Even playing Stadia games on a smartphone doesn’t heat it up anymore than watching a movie does.

When you compare Stadia’s online interface to a traditional console like an Xbox One, PS4, or even the Steam store, you will notice there’s a substantial lack of meat on these bones. Stadia doesn’t support achievements, and it’s unclear whether or not you’ll be able to play games with players on other consoles or be limited to only other Stadia players. Google says cross-play is the goal, but it won’t be available at launch.

Family sharing is also absent. Even if you have Stadia set up in your living room, you’ll only get one account and one profile for the time being. Any time you look too hard at Stadia’s launch features, chances are you’re going to see more than a few vaguely listed as “coming soon.”

Even when Stadia is at its best though, there’s a catch: You will never own your Stadia games. You will never have local copies on your hardware, which means you have access to your games (games you paid for) only as long as they stay in the Stadia library. If Google decides to remove certain titles, or shutter the service entirely (it happens, pretty often in fact), the games you paid for will be gone.

This differs from buying a digital copy of a game. When you buy a copy of a game on Steam or a console, a hard copy of that game lives on your hardware. But with Stadia, you’re only ever renting access to a game, even if you paid full retail price for it. As of this writing, games are listed in the Stadia store at full retail price ($30 to $60), but Google says final pricing for game purchases has yet to be determined.

Then there’s the problem of archiving games. There have been serious efforts in recent years to preserve games for posterity. Preserving the history of gaming as an art form is a lot more difficult if nobody has access to copies of the original titles.

Taken as a whole, Stadia’s strength lies in its versatility, and that’s never more apparent than when you’re playing a game on a laptop without a graphics card. There’s something delightfully subversive about firing up Destiny 2 on the kind of Chromebook they hand out to high school kids.

This isn’t a service meant to supplant the Alienwares and Razers of the world. It’s never going to be as sharp and responsive as gaming on a local machine will be, and latency will always be an issue, no matter how good the technology gets—and no matter what Google says about “negative latency.” Google has a lot of features to flesh out and issues to address, but Stadia lives up to at least some of its lofty ambitions. It’s positioned to bring gaming to more people on more platforms than ever before, and there’s something very exciting about that prospect.

If you’re on the fence about investing $129 in an unproven service, you’re not alone. The Premiere Edition is basically for true believers who don’t mind dropping serious money on what amounts to a pay-to-play beta test. When February rolls around and those free trials are offered, you should give it a shot. You might be surprised.