Obama: Why we need to save the Internet now 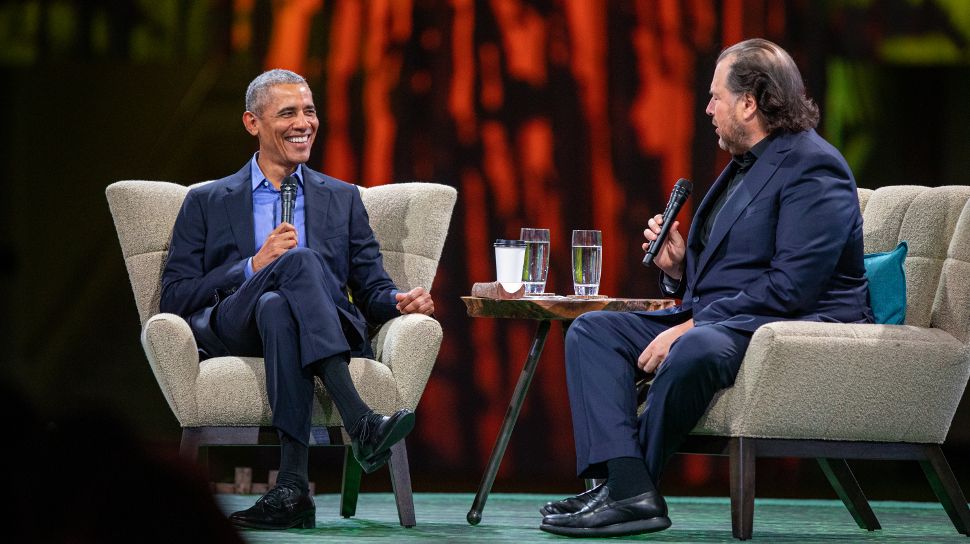 Former US President Barack Obama has urged the technology industry to do more to combat the spread of misinformation and harmful content online.

Speaking at the Dreamforce 2019 event in San Francisco, the 44th President of the United States reflected on the potential damage being done by a lack of control over what is published online.

And he hinted that some of the blame may lie at the feet of the companies responsible for introducing new technologies, which whilst bringing new innovation to the world, can also drive people apart.

“When you have big disruptive internet technology, it can be a dangerous moment,” Obama said during a fireside chat with Salesforce CEO Marc Benioff. ”Part of what happens is people don’t know what’s true and what’s not, and they don’t know what to believe.”

“In part fed by social media and technology, we’re chasing after the wrong things, we want the wrong things,” Obama continued. “So much of the anger and frustration has to do with issues of status.”

He noted that this constant drive for bigger and better things is part of an ongoing issue in modern society, and instead of getting caught up in what modern tech promotes, people should take a step back and think about what their actual needs are.

“Part of solving big problems is not just a matter of finding the right technical solution, but also figuring out, ‘how do we restore some sense of our common values?’” he said. “One of the biggest challenges we face is getting a common conversation and common culture going.”

President Obama noted that ultimately, technology does have a vital role to play in our society, but more needs to be done to make it more inclusive and less divisive – although this will be a long process.

”I still believe the Internet could be a powerful tool for us to see each other and unify us,” he concluded. “But it is splintering right now, and it’s going to take a lot of work to fix it.”