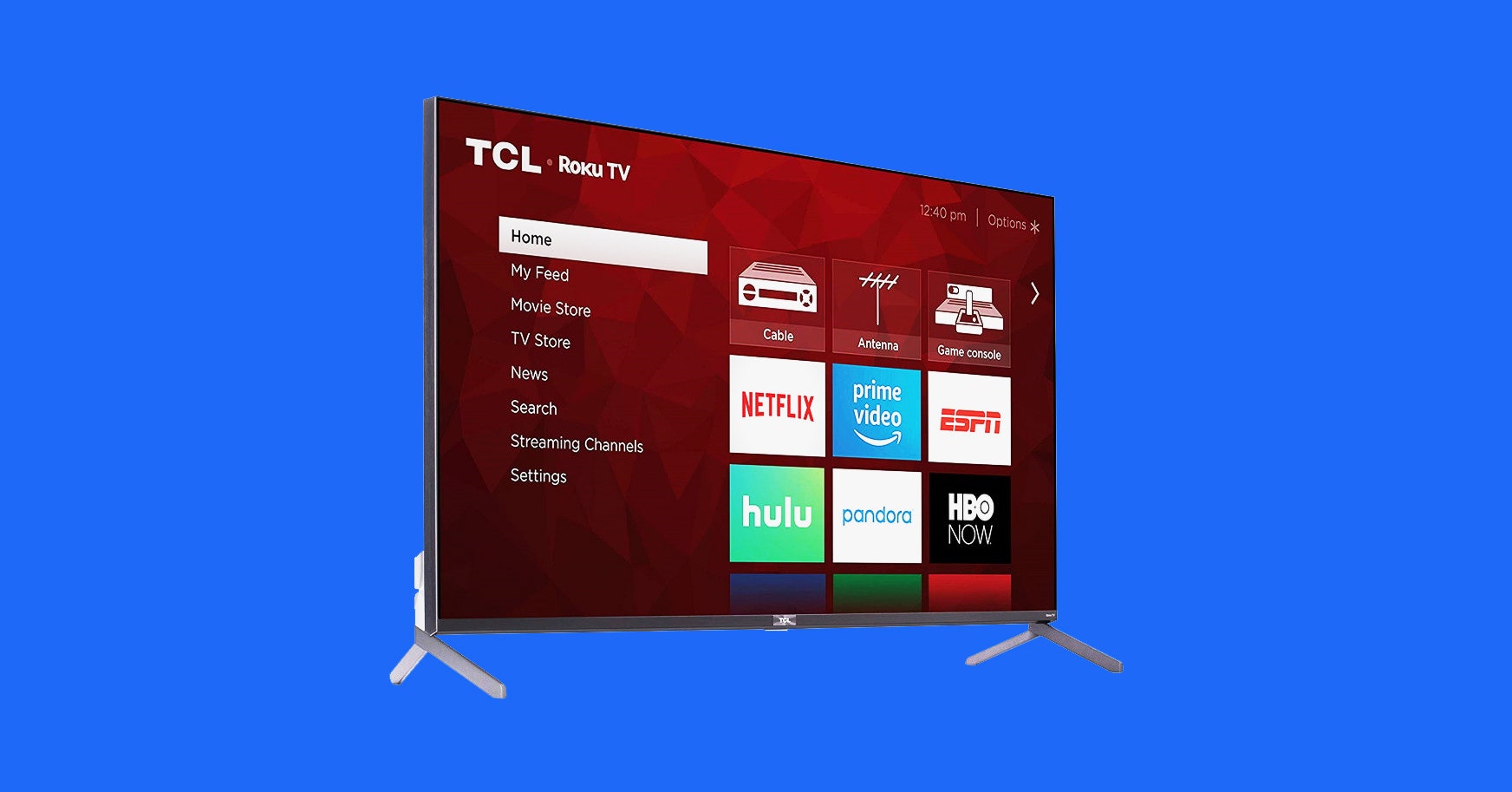 At the risk of writing myself out of a job, I often punt when people ask me what TV to buy.

It’s not like I don’t have detailed opinions on the latest screens, but if you’re not planning to spend north of $1,000, there are too many good models—and far too many sales—for there to always be an easy, specific answer.

And yet, in the month that I’ve spent with TCL’s new 6-Series, I’ve recommended the gorgeous, quantum dot-enabled TV with such enthusiasm, you’d think I went to work wearing khaki pants and a blue polo shirt.

It really is that good—easily my favorite TV for anyone without a dedicated home theater room, thanks to its top-tier picture quality, built-in Roku interface, and price tag that starts at $600.

At the end of the day, most of us just want something that makes Netflix and other streaming services look pretty.

Until American cable conglomerates make like Japan and start streaming video in 4K, streaming services are where most shows and movies will be made available to us in the highest quality (save 4K Blu-Ray, which you probably aren’t buying).

Making streaming look as good as possible actually takes a decent amount of tech. Netflix, Amazon, and Disney+ all stream some house-made content in 4K (Ultra HD), which is great, because you basically can’t buy a TV without a 4K resolution these days.

It’s harder to find content that supports High Dynamic Range (HDR), which offers brighter, sharper colors. HDR comes in two major flavors: HDR10, and Dolby Vision. The 6-Series, like a growing number of sub-$1,000 models, supports both codecs. That’s great, because Dolby Vision is slightly better, and happens to be used by Netflix, Amazon, and Disney for their most premium content.

This is where the 6-Series starts to distinguish itself from competitors, because even with great resolution and support for the best HDR that streaming services can offer, it has a few other tricks up its sleeve that help a show like Stranger Things look better than than it would on other televisions.

First and foremost is the inclusion of quantum dot technology. Without getting too into the weeds, quantum dot TVs have a layer of nano-scale semiconductors in the screen that produce extremely vivid red, blue, or green light. Because they have this special layer, TVs like the 6-Series produce the best and brightest colors you can achieve with an LED-backlit LCD display.

The only technology better than quantum dots is OLED, where every pixel is essentially a microscopic LED that can turn on or off independently. This offers amazing black levels and contrast because the TV can completely turn off the pixels that are black, but OLED TVs can’t get quite as bright as LED models. They’re also spendy: the cheapest 55-inch OLED models costs $400 more than what you’d pay for the $800, 65-inch 6-Series I tested.

To improve black levels to the point that you can easily watch the Game Of Thrones’ Battle of Winterfell (or other, better, dark content) without wondering what’s happening, TCL has included 100 zones of full-array local dimming on the 55-inch model, and 120 on a 65-inch model. Local dimming means that big sections of the display can go dark while others get full backlight, making highlights more vibrant and shadows darker.

From 4K Blu-rays to Netflix, everything I watched on the 6-Series looked as crisp and vivid as it has on much more expensive screens. You don’t get backlight “blooming” around bright images in front of dark backdrops, like you do on most TVs.

The lack of this blooming effect really helped draw my eyes into the gorgeous canyon scenes in The Mandolorian, where accomplished cinematographers like Barry Idoine clearly spent a lot of time juxtaposing shadows.

The 6-Series also has short lag time when playing videogames, which makes it a great choice for those who play fast-paced or online games. I still routinely lost at FIFA on my Nintendo Switch, but it wasn’t because of the lag!

Cinema mode (the mode I’d recommend in all but the brightest rooms) automatically turns off motion smoothing, so you won’t get that awful “soap opera” effect that can make scenes feel like they’re taking place behind the scenes of a show (or somewhere in the uncanny valley).

I also love how easy it is to use the Roku TV OS. I know that Samsung, LG, and other flagship TV makers have decent interfaces—I love LG’s Wii-style remote, in particular—but there’s a reason Rokus sell like hotcakes. They’re intuitive, function well, and have every app you could possibly want (seriously, I Googled it).

It’s easy to rearrange the homepage shortcuts to streaming services, so you can get rid of stuff you don’t use. Roku’s voice search functionality on the remote works well enough to change between the 4 HDMI inputs, or find that movie a friend told me about where Nicholas Cage goes on a rampage with a crossbow. In other words, I like it!

I waited until this point to tell you what 6-Series looks like, because, well, it’s a flatscreen TV.

It has a silvery, brushed metal frame, and the legs are on the far ends of the TV. That means if you don’t have a super long TV stand you might have to improvise to fit the 65-inch model on top of it like I did. Or you could hang it from the wall.

The 6-Series is about 2 inches thick, which isn’t as paper-thin as the most expensive TVs, but, again, do you really care? You’re going to look at this thing from the front, and it’s about as thick as a picture frame. Sadly, like all other TV speakers, the built-in speakers suck. Get a decent soundbar.

All in all, there’s really nothing substantial to dislike about TCL’s new 6-Series model. It is a spectacular looking TV that can make 4K content leap out at you, and its Roku interface makes finding that content easy. Add in its semi-affordable price tag, and we have a winner.

Unless you’re hoarding 4K Blu-rays and a 10-seat theater somewhere, you should get this TV.