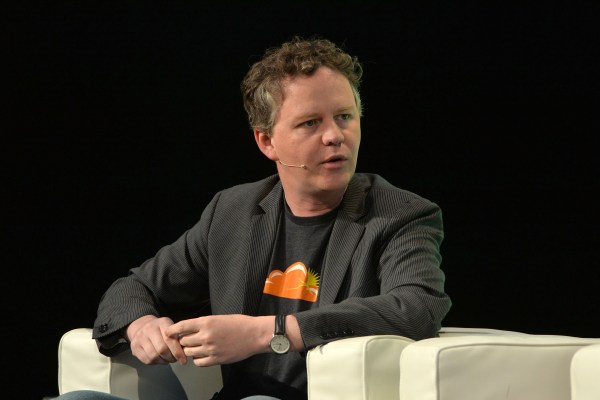 Back in 2010, the web performance and security company Cloudflare launched in the TechCrunch Disrupt SF Battlefield competition. The company came in second. Earlier this year, Cloudflare IPOed. To talk about this journey, Cloudflare CEO Matt Prince will join us on the main stage at Disrupt Berlin on December 12. He’ll also participate in a panel about building successful SaaS companies on the Extra Crunch stage, together with Red Point’s Laura Urquizo and Point Nine Capital’s Christoph Janz.

Cloudflare IPOed successfully in September, with its stock rising about 20 percent that day and topping out at just under $21 a few days later. Since then, though, the stock has seen its ups and downs. In our chat, we’ll talk about how a CEO should handle this, whether it opens up Cloudflare to be an acquisition target for a larger company, and his plans for the future of the company. An IPO is only the beginning of a company’s story, after all.

Besides the company’s journey to an IPO — and what comes next, there’s plenty of other things to talk about with Prince. These days, after all, a large percentage of the web’s traffic flow through Cloudflare’s servers. That makes it a valuable company but also open to criticism because, without its protection for DDoS attacks, any site can easily be taken down by an attacker. The company’s general stance has always been to protect free speech — and hence any website — from attacks. Over the course of the last few years, it did decide to ban forums like 8chan from its platform, however. At the time, Prince said that “no one should have that power” to do so.

Buy your ticket to Disrupt Berlin to listen to this discussion and many others. The conference will take place on December 11-12.