Zebra Fuel, the startup that brought fuel directly to your vehicle, is ‘no longer’ delivering in London 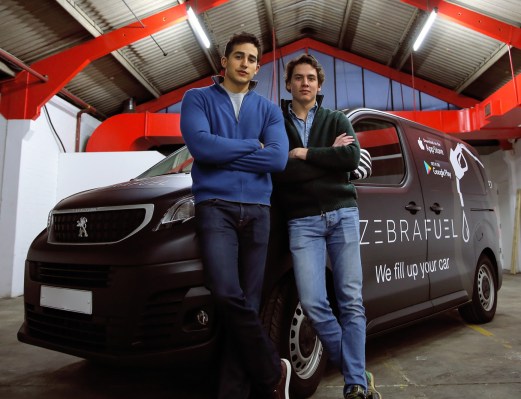 Zebra Fuel, the London-based startup that delivered fuel directly to your vehicle — backed by Robin and Saul Klein’s LocalGlobe, Brent Hoberman’s Firstminute Capital and Zoopla founder Alex Chesterman — has told customers it is “no longer” delivering fuel in London. However, it is unclear at this stage if the company has ceased operations entirely.

In an email informing customers on Tuesday, Zebra Fuel gave no further details, except to express “sincere apologies for any inconvenience this causes you and hope that you have enjoyed using our services”. That sounds onerous, to say the least.

Meanwhile, a tweet posted by an employee at Zebra Fuel, which has since been deleted, seemed to suggest that the company may have closed its doors. “Last night at @Zebra Fuel we did amazing – onto the next opportunity,” the tweet read.

I’ve reached out to Zebra co-founder Reda Bennis and have yet to hear back. I’ve also contacted the PR agency the startup had previously used, and will update this post should I hear back.

Founded in 2016 by Bennis and Romain Saint Guilhem, Zebra Fuel was attempting to bring the convenience of on-demand delivery (or, more accurately, book ahead delivery, since it isn’t really on-demand) to refuelling your car. Via the startup’s smart phone app, Londoners could book a time-slot to have one of Zebra Fuel’s mini-vans and trained personnel come to their location to dispense fuel to their vehicle.

The idea, Bennis told me when Zebra Fuel announced its seed funding, is to eliminate the need to ever queue at a gas station again, which is not only inconvenient and time-consuming, but often sees a driver make an additional roundtrip journey and have to leave the engine running while in situ waiting for a pump to become available.

By bringing fuel to you and others in your neighbourhood, a proposition like Zebra at scale could help cut emissions and reduce congestion. Or so the pitch perfect pitch went.

Despite bring fuel to you, Zebra claimed to be price competitive with inner city gas stations — offering fuel at prices on a par with or cheaper than central London — because it sources fuel from the same wholesale suppliers as the leading petrol stations and doesn’t have to soak up the high costs of rent for each premium gas station location.

In turn, the Zebra Fuel mini-vans themselves didn’t need to travel to the wholesale supplier, but were refuelled by the Zebra Fuel “mother ship,” a much larger tanker able to restock multiple Zebra Fuel delivery vehicles.

Here’s the email sent to customers in full:

With great regret, we must inform you that Zebra Fuel will no longer be delivering fuel in London.

We would like to express our sincere apologies for any inconvenience this causes you and hope that you have enjoyed using our services.