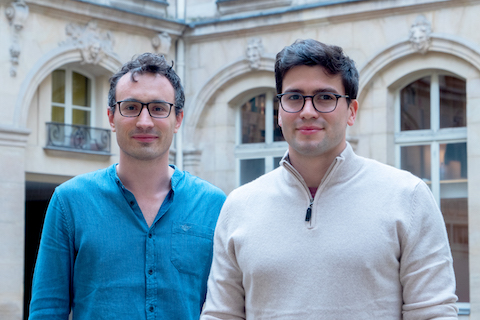 Data breaches that could cause millions of dollars in potential damages have been the bane of the life of many a company. What’s required is a great deal of real-time monitoring. The problem is that this world has become incredibly complex. A SANS Institute survey found half of company data breaches were the result of account or credential hacking.

GitGuardian has attempted to address this with a highly developer-centric cybersecurity solution.

It’s now attracted the attention of major investors, to the tune of a $12 million in Series A funding, led by Balderton Capital. Scott Chacon, co-founder of GitHub, and Solomon Hykes, founder of Docker also participated in the round.

The startup plans to use the investment from Balderton Capital to expand its customer base, predominantly in the US. Around 75% of its clients are currently based in the US, with the remainder being based in Europe, and the funding will continue to drive this expansion.

GitGuardian’s systems detect thousands of credential leaks per day. The team originally built its launch platform with public GitHub in mind, however, GitGuardian is built as a private solution to monitor and notify on secrets that are inappropriately disseminated in internal systems as well, such as private code repositories or messaging systems.

Solomon Hykes, founder of Docker and investor at GitGuardian, said: “Securing your systems starts with securing your software development process. GitGuardian understands this, and they have built a pragmatic solution to an acute security problem. Their credentials monitoring system is a must-have for any serious organization”.

Do they have any competitors?

Co-founder Jérémy Thomas told me: “We currently don’t have any direct competitors. This generally means that there’s no market, or the market is too small to be interesting. In our case, our fundraise proves we’ve put our hands on something huge. So the reason we don’t have competitors is because the problem we’re solving is counterintuitive at first sight. Ask any developer, they will say they would never hardcode any secret in public source code. However, humans make mistakes and when that happens, they can be extremely serious: it can take a single leaked credential to jeopardize an entire organization. To conclude, I’d say our real competitors so far are black hat hackers. Black hat activity is real on GitHub. For two years, we’ve been monitoring organized groups of hackers that exchange sensitive information they find on the platform. We are competing with them on speed of detection and scope of vulnerabilities covered.”