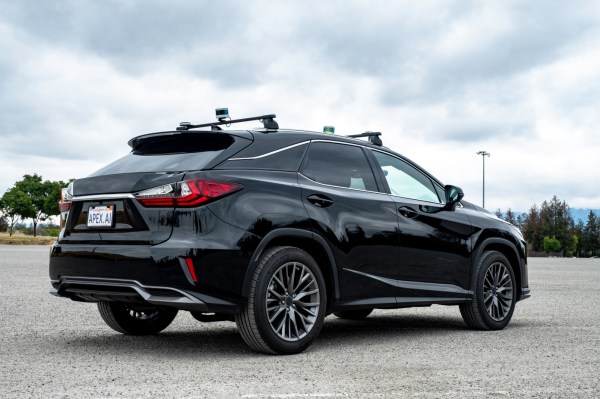 Volvo is making an investment in Palo Alto-based Apex.AI, a startup working on developing a robotic operating system qualified for use in production automobiles. Apex.AI, founded by automated systems engineers Jan Becker and Dejan Pangercic, raised $15.5 million in a Series A last November, and revealed that its focus is on developing an enterprise-focused version of the Robot Operating System open-source middleware.

Apex.AI currently lists two products on its home page: Apex.OS and Apex.Autonomy. The former aims to provide a set of simple-to-integrate APIs that can give automakers and others access to fully certified autonomous mobility technology, while the latter is more focused on specific elements and components for those looking to make use of specific elements of autonomous technology including perception, localization, path planning and more.

Volvo Group Venture Capital acting CEO Anna Westerberg, who is also the automaker’s SVP of Connected Solutions, said in a press release announcing the news that Volvo Group is “excited to invest in a company that enables easier development of safety-certified systems.” In providing systems that comply with industry-standard safety requirements, Apex.AI could potentially help speed the process of getting autonomous driving systems into production vehicles, across both its commercial and consumer offerings.

The financial details of the investment were not disclosed, with publicly-traded Volvo Group saying only that it “has no significant impact” on the overall company’s “earnings or financial position,” which doesn’t mean much except that it’s not material enough to require a detailed disclosure just now. That still could mean a lot of money coming in for Apex.AI, given the relative yardstick of ‘material’ for a huge multinational automaker, and a two-year old Silicon Valley startup.