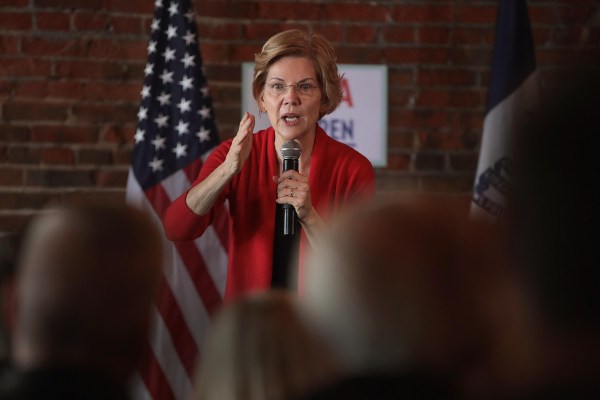 A key ask from gig workers this year has been the right to unionize. Now, Senator (and presidential candidate) Elizabeth Warren is reportedly drafting a bill that would enable gig workers to do just that, CNBC reports.

Leading up to the legalization of California Assembly Bill 5, gig workers demanded better pay, basic workplace protections and the right to organize through unions. Now that AB-5 has been signed into law, it will legally be harder for companies to classify gig workers as 1099 independent contractors if challenged in court. However, gig workers still want the right to form unions.

Following the passage of AB-5, rideshare driver and Gig Workers Rising member Edan Alva said unions are critical. AB-5, he said, is only the beginning. On top of that, AB-5 is only specific to California. What Warren is reportedly proposing would cover the entire nation.

TechCrunch has reached out to Warren and will update this story if we hear back.