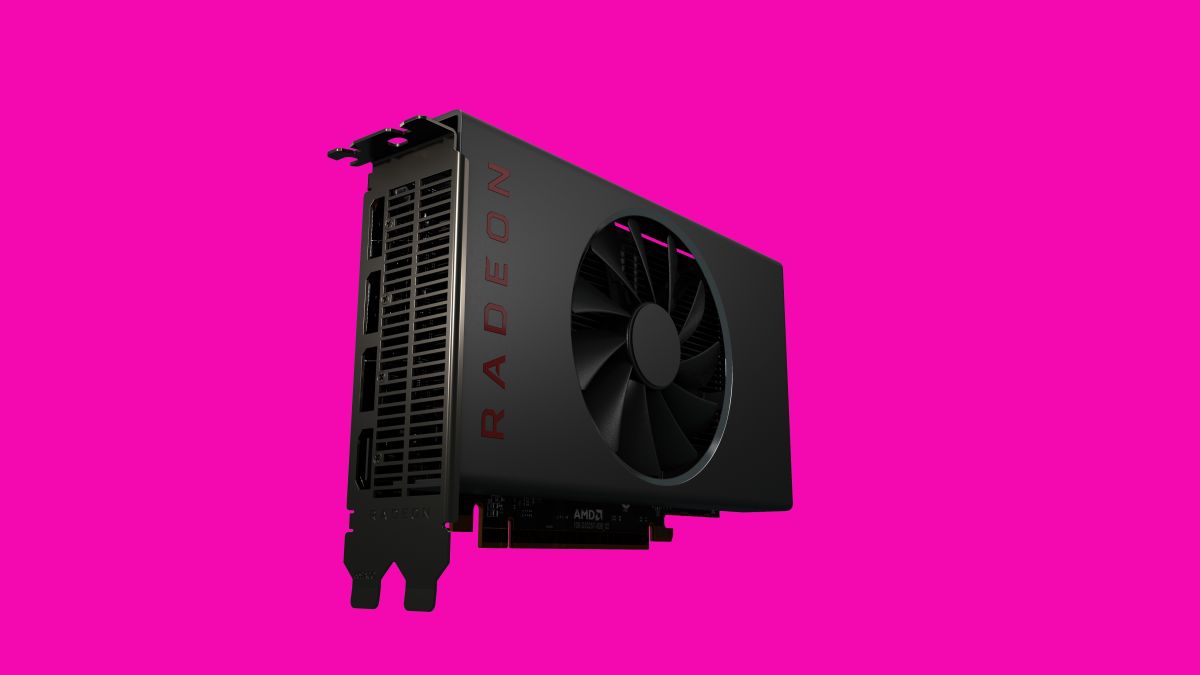 We know AMD has a major driver update planned for its Radeon products in December – rumors have even indicated official ray tracing support could be part of this, but whether that’s true or not, there might also be a seriously smart sounding new feature coming to ramp up frame rates. And this could be particularly useful for less powerful GPUs – with AMD about to launch new budget models, as it happens…

AMD’s Radeon Boost is the feature in question, and it was mentioned in grabs that look like marketing materials which were leaked online (posted on Reddit and Twitter, as spotted by Videocardz). According to the marketing spiel, this feature will ‘turbocharge your game’, so given that and also the name, it’s clearly some kind of performance boosting mode.

As you can see above, another image was uncovered introducing the Radeon Software Adrenalin 2020 Edition, stating that the new package is available for download ‘today’, indicating that this is all part of the aforementioned big December driver launch coming later this month.

So what is AMD Radeon Boost exactly? Obviously we can’t say for sure going by the tiny amount of info gleaned here, which points to little more than the existence of the boost mode.

However, AMD bought a firm called HiAlgo back in 2016, which had developed two major technologies – HiAlgo Chill and HiAlgo Boost. And AMD’s Radeon Chill was introduced at the end of 2016, so it’s a fair guess that Radeon Boost could be the second part of HiAlgo’s technology finally coming to fruition for AMD (albeit with a lot more development and tinkering, evidently).

If this is the case, HiAlgo Boost is essentially a process involving dynamically adjusting the resolution of the game on the fly, otherwise known as adaptive resolution.

In more detail, HiAlgo itself explains that: “Boost intercepts and on the fly modifies commands sent from the game to the graphics card, optimizing performance frame by frame. When you are in action and the camera moves, Boost decreases the resolution to boost the framerate. When camera stops, it restores full resolution. This provides optimal responsiveness and smoothness for the game, even with weak graphics card.”

So, in short, when you’re static, and for example looking around at a pretty landscape scene, the full resolution and detail is present. But when you’re moving, or indeed in the thick of the action – and not likely to notice any finer details anyway – the resolution is dropped to keep the frame rate smoother.

Of course, we don’t know for sure that AMD’s new feature is HiAlgo Boost, by any means – or how much it might have changed down the line since the acquisition of HiAlgo a few years back – but it certainly makes a good deal of sense. Whatever the case, it certainly seems like AMD has some frame rate boost tech up its sleeve with its incoming graphics driver.

If this does indeed turn out to be the case, a lot will depend on exactly how AMD has implemented this, and whether the sacrifice in image quality used to boost frame rates is at all noticeable.

This is likely designed with more wallet-friendly cards in mind, to enable them to better deal with more demanding games, as the prospect of sacrificing any visual fidelity at all probably doesn’t appeal so much to the sort of enthusiasts who buy higher-end cards. Indeed, there are already concerns being aired about how HiAlgo Boost – if that is the implementation used – detects when the camera stops moving, and whether there might be any issues involved in that process.

As ever in these sort of situations, any gremlins in the works may be noticeable to those with sharper eyes, and not a problem at all for others. In other words, it will be a pretty subjective thing, and may depend on how sensitive you are to these sort of visual details (just as with TVs – some folks notice the ‘soap opera’ effect and think it’s hideous, others don’t even bat an eyelid).

At any rate, we know that AMD is currently pushing with its budget Navi offerings – with RX 5500 and 5500 XT launches reportedly imminent – so bringing Radeon Boost in at the same time to make these wallet-friendly offerings perform better, and compete more ably against Nvidia’s GTX 16-series, also makes sense.