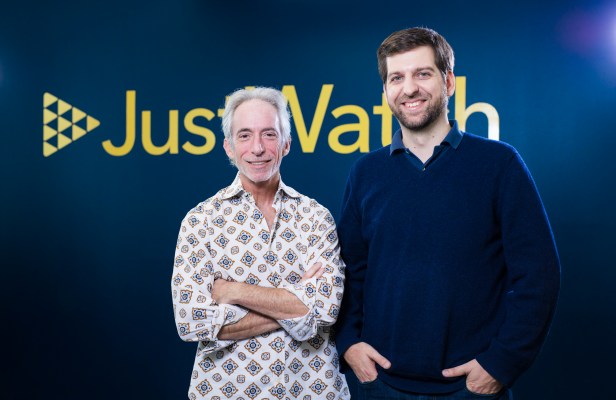 Berlin-headquartered streaming guide JustWatch has grown to more than 10 million users across 38 countries in less than five years. Now, it’s expanding its U.S. presence with the acquisition of New York-based rival GoWatchIt, from Plexus Entertainment. Deal terms were not revealed but were a mixture of cash and stock for the smaller operation, which had just eight people on board.

JustWatch says its interest was mostly in the commercial team based in New York. As a result of the acquisition, GoWatchIt founder and CEO David Larkin will remain in New York and will become JustWatch’s SVP Marketing and Strategy.

GoWatchIt is one of now several services that offer a comprehensive guide to movies and TV aimed at helping people find things to watch across an increasingly fragmented streaming landscape, which now includes new services like Apple TV+ and Disney+, and soon, NBCU’s Peacock and WarnerMedia’s HBO Max. As a result of all the new entries, it has become more difficult for consumers to know what’s available, where it streams and how much it costs. Plus, consumers also want help in finding new shows and movies across services that are personalized to their own interests.

This is where services like GoWatchIt and JustWatch came in.

GoWatchIt was founded in 2011 as a guide to streaming content, as well as digital content and even movies playing in theaters. The service additionally offered an API to partner sites that wanted to inform their visitors and readers where content was available. These partners included The New York Times, National Cine Media and Common Sense Media, among others.

According to JustWatch, the acquisition of GoWatchIt made sense as the U.S. had already grown to become JustWatch’s largest market in terms of user numbers. However, the acquisition wasn’t about gaining market share, the company tells TechCrunch. It was more about the B2B partners and clients and the commercial team, particularly founder David Larkin, whose new job will have him marketing JustWatch B2B products like the partner API, competitive VOD market intelligence and JustWatch’s entertainment advertising products in the U.S.

“We are very happy with the acquisition of GoWatchIt and to welcome David Larkin at JustWatch,” noted JustWatch founder and CEO David Croyé, in a statement. “We have already known each other for several years and I’m excited to work with David to increase our footprint in the US. His network in the streaming industry will help us find many more partners for our B2B data and API offerings,” he said.

GoWatchIt was backed by Scout Ventures and other private funding.

Its total team was just eight people, but only two are joining JustWatch, as the technical staff wasn’t needed. JustWatch today has a team of more than 50 in Berlin who will continue to run its product development and technology.

In addition, the GoWatchIt website will be closed in the near future, with traffic redirected to JustWatch.com instead. Partner sites using the GoWatchIt API will be transitioned to the JustWatch API, as well.

“I’m excited to join JustWatch from New York and help to accelerate the growth with my industry experience and network,” said Larkin. “Over the last years, JustWatch has grown very fast to become the biggest streaming guide worldwide. The streaming wars are heating up and the biggest growth will come from outside the U.S. JustWatch is the only truly international player to help users find out what to watch and where to watch it.”

JustWatch competes with a range of services in this market, including Reelgood, which just raised $6.75 million for its own streaming guide; TV Time, which has raised $65 million (according to Crunchbase); and many other apps and services, all aiming to be consumers’ go-to platform.

JustWatch is nearing the launch of new TV apps for Apple TV, Amazon Fire TV and Android TV, which will be available in the days ahead.